en.infoglobe.cz » Bhutan: A Country Of Thunder Dragons I.

Bhutan: A Country Of Thunder Dragons I.

Published: 27.7.2011
This state, (the territory of which is probably so extended as Slovakia) was for long time in total isolation from the neighbouring world. Nevertheless, this era finished recently. And this is a chance to become really attractive target for the tourists from all over the world.

The Kingdom of Bhutan is situated in South-East Asia, along south slopes of East Himalaya Mountain Range. The country neighbours in north and north-east with China, and in south, east and south-west with India. Bhutan is an inland country, with no access to the ocean. Its total territory surface makes 46,5 thousands of square kilometres. Thimphu is a capital.

Total number of Bhutan inhabitants makes, according to estimations, approx. 708 thousands of persons. CIA Factobbok states that such estimate is in comparison with data, obtained from the first census in modern Bhutan history.

Bhutan population is formed mostly with Bhote nation (50%). It is Mongolian ethnical group, relative with Tibetians. Naglongs, descendants of Tibetians, live in west and central parts of Bhutan, just since 9th century. On the other hand, the ethnic group of Sharchop, taken for the original Bhutan population, is living in the east. Further, the Lhotshampa - a nationality of Nepal group - (35% of total population) is living in west and south - west parts of the country.Regarding official language: it is dzonka („a language of stronghold“ in translation) or well known bhote-language, taken for a dialect of Tibetian language. In the east districts, another dialect – bumthang – is extended. So, the bearers of both dialects differ a lot in their customs from each other, it is often stated that most of population is consisted of two nationalities. Dzongla and

Bumthang do not have stipulated norms of their written form. Since long time period, the Tibetian language is being used and spoken among government and religious circles. On the other hand, the English is used very much in education branch.

Most of population (75%) confess Tibetian Buddhism religion - Lamaism, introduced by King Singh  in 9th century. In Bhutan, you can meet many Lamaistic monks. They live in monasteries,  retired from public. The rest of population confess Hinduism. (25%) and Christianity.

The Kingdom of Bhutan or Druk Gyalkhap a Druk Yul (A Country of Thounder Dragons) is a constitutional monarchy. As a Head of State, it is King Jigme Khesar Namgyel Wangchuck (since 2006). The executive power is represented by Ministers´ Council and King´s Advisory Board. This Cabinet Council is nominated by the King and consequently approved by Parliament – National Assembly, for time period of five years.

In 1953, King Jigme Dorji Wangchuck (1928-1972), nominated, within scope of democratic reforms, National Assemby (one hundred and thirty members), Subsequently, in 1968, followed ed by creation of cabinet. Last elections to National Assembly were taken place in 2008. After King´s death, Singye, his son, took his place. During his rule, he introduced some important reforms, and prevailing part of his power was taken over into hands of Minister´s Cabinet.

In 1999, the government cancelled completely the prohibition of 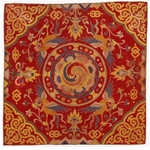 TV and internet. Bhutan was one of last countries of the world, where TV broadcasting was not permitted. So, this step was very important for the modernization of the country. It was also a memorable share to national hapiness, the King said.

Legal system in Bhutan is based on civil law, which has its source in law of Buddhist religion. The King is functioning as the highest Court of Appeal, and even the monarch himself is entitled to nominate the judges of the Highest Court.

The Bhutenese belong to one of most characteristic ethnics of the Earth. They preserved their features of oldest Asian tribes, nomadic nations of Indo-china and numerous nations of Indian subcontinent. As a state, Bhutan was formed under influence of Tibetian lamas (priests). So, religious institution and their power are predominating elements even at present.

Published: 26.3.2015
Once upon a time there was an Asian kingdom. A small state on the slopes of the Himalayas surrounded by China from the north and India from the south. Wild nature with many undiscovered animal and flora species, and couple of hundreds of thousands inhabitants living modestly according to ancient traditions of Tibetan Buddhism, in harmony with the surroundings and themselves.