We departed Santsiago de Chile on a bus. The ticket costs 7100 CLP (around 250 CZK) per person for a return ticket. It is for the better to buy the tickets during the main tourist season in advance. Therefore, it may happen so, that there wouldn't be a place for you. Buses are very spacious and comfortable. The ride takes about 90 minutes. Once we reahced the terminus, we recognized several points of reference. This helped us to get around better. 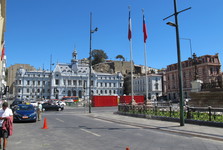 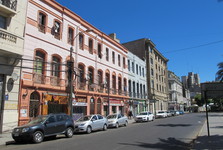 Congreso Nacional was one such point of reference. It is situated opposite to the bus terminus. Then we walked back to the center. The area around the bus terminus is not particularly charming. However, the vista over the entire city on hills makes up for it. The city is situated on the slopes of three hills.  On the other side there is the sea. We were headed to the port, a point of departure for small boats. We bought a ticket (for 3000 CLP, around 100 CZK) per person for 30 minutes. The weather was beautiful which lured many people onto the boats. We enjoyed the vistas over the city as well as sea lions lying about on buoys. We even spotted Chilean warships. 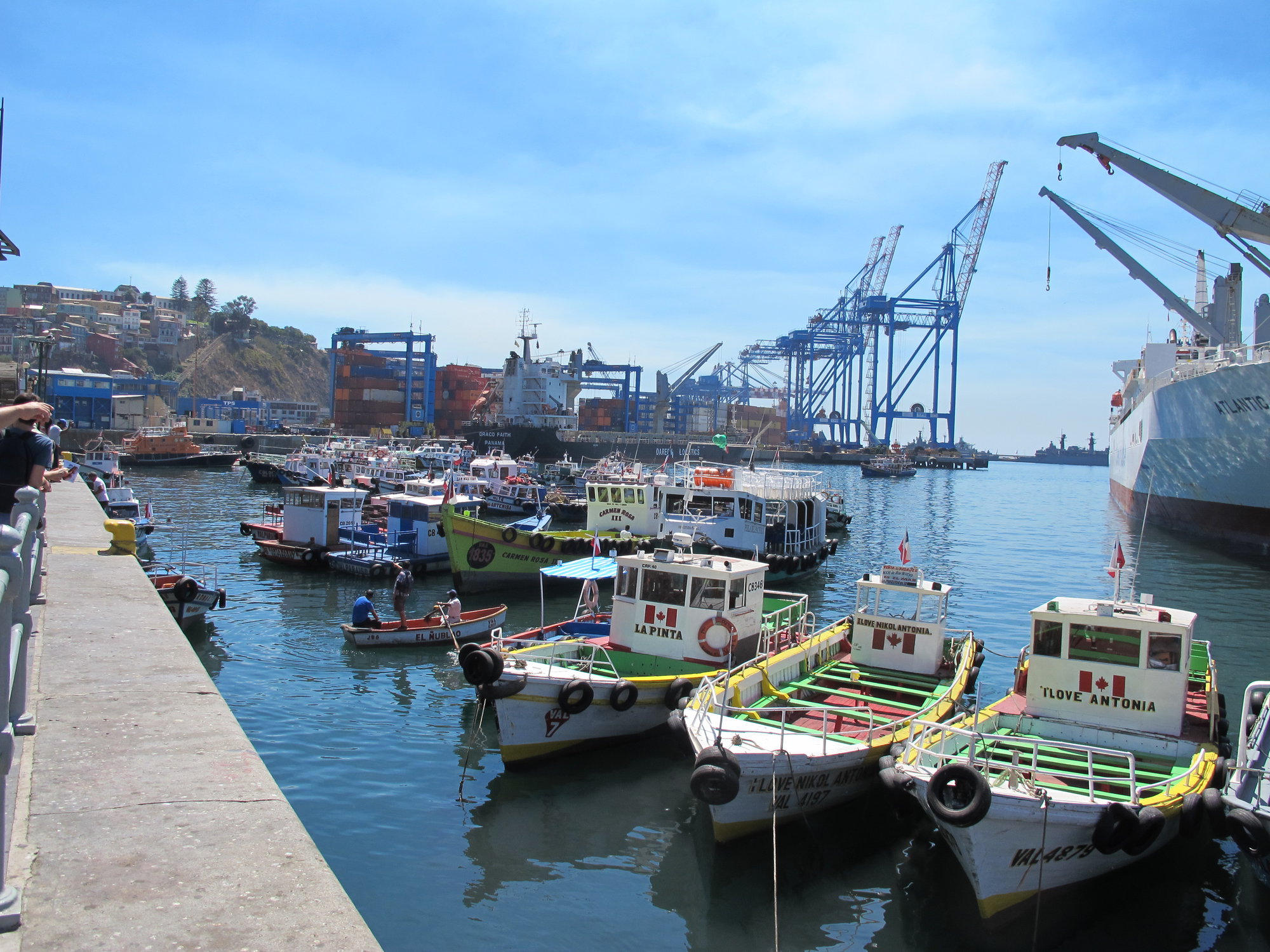 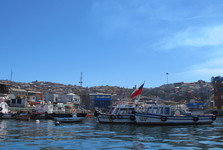 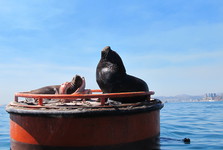 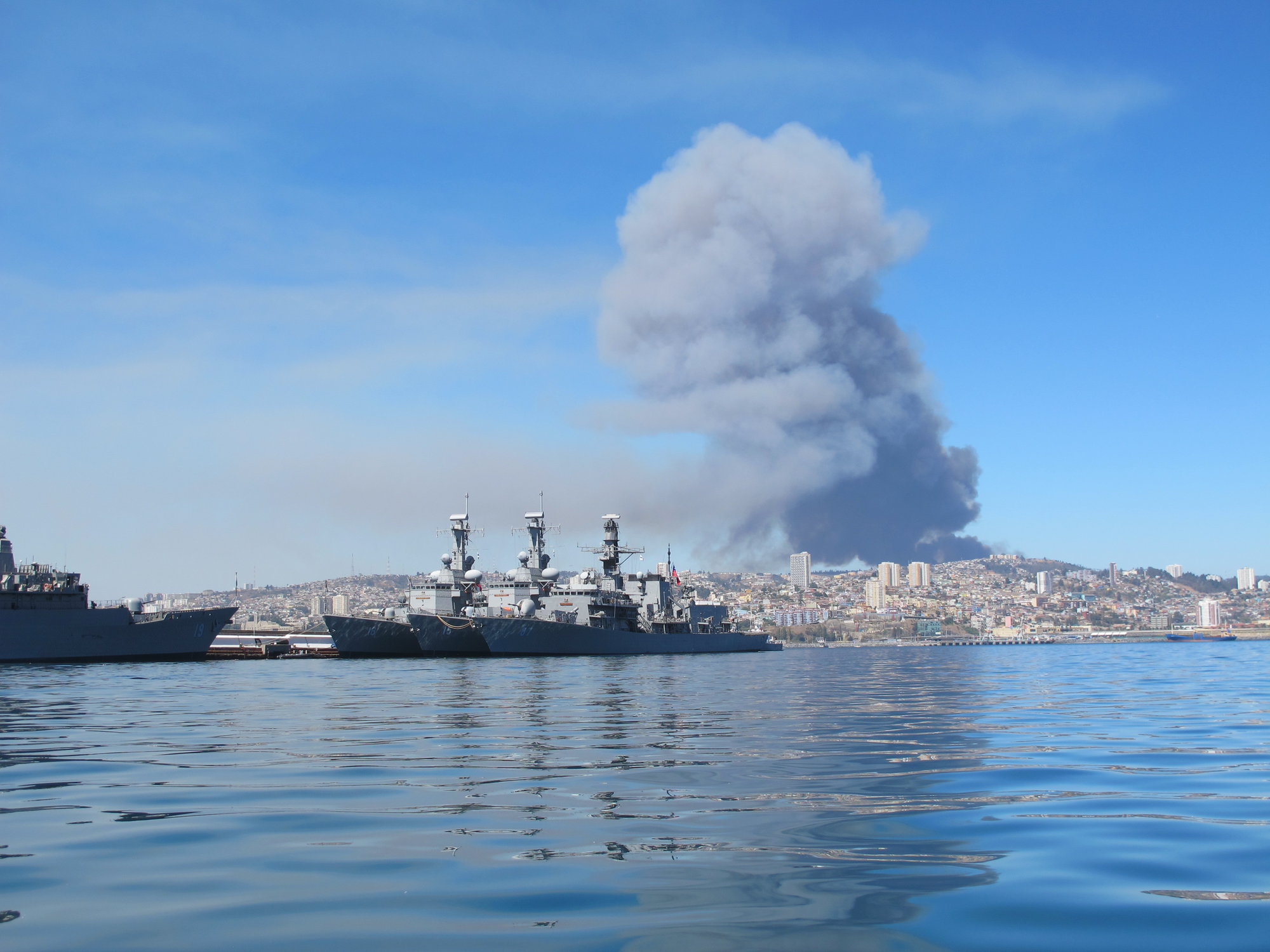 Upon our arrival, we stopped at the visitor center situated in the port. We were given a map and several tips where to go. So, we set off to places beloved by tourists – districts on the hills of Concepción and Cerro Alegre. There are is a network of steep streets and impressive narrow streets. Beautifuly colorful houses are at the end of these streets. You would stop all the time to take a picture. Next, a maze of electric cabels everywhere in the city caught our attention. To reach all these places you can use ancient elevators (ascensors) from the lower parts of the city. The elevators have not modernized since their construction in the years 1883–1916). Two were out of order in the time of our visit. They are about to be finally repaired though. 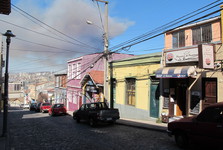 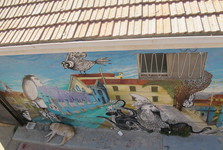 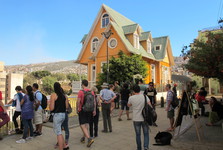 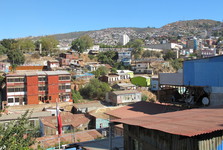 Once we made enough of photos, we decided to have something to eat but don't expect many restaurants here. On the other hand, there are many bars and fast foods selling Chilean specialties. So, you can have, for instance, a hotdog with avocado and mayo. Or friead empanadas with minced meat and vegetables. It is worth getting a taste. Then go to the bus station and travel back. 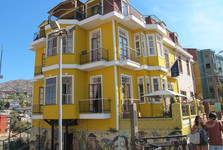 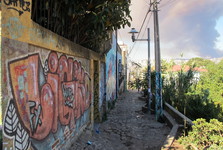 The city would be interesting for all tourists. Locals say the city is the pearl of Chile, for there are all types of art and fascinating architecture. Be sure to spend there at least a day.