en.infoglobe.cz » China: Bozhou I: When It Goes Well...

China: Bozhou I: When It Goes Well...

Published: 18.1.2014
Way to Bozhou appeared to be pretty funny thing. Unlike trains, bus transporatation does not have schedules on the Internet. Perhaps because, as I was told, buses are private.

That would explain why we had to begin each bus journey passing through town at a pace that can overcome perhaps only the speed with which Chinese deal with paperwork. It means, we went at a speed of walk (a very, very slow pace) and the driver or his helper from the open door convened and chased another passenger. 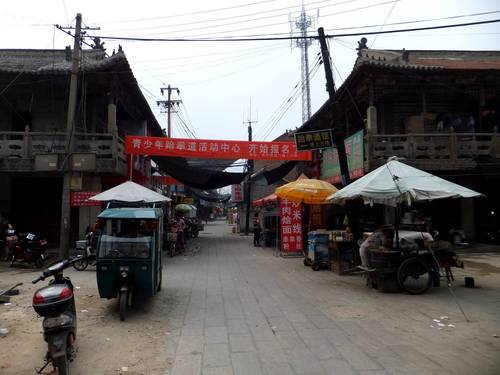 Anyway, back to Bozhou . Or even to Zhouzien. From there, it is necessary somehow. As we discovered after a while running around and asking questions to Bozhou from Zhouzien show runs through city of Huainan . From Huainan we did not see even suburb houses. The bus is stopped on a deserted crossroads, where it was widely perhaps the ice cream saleswoman. This mysterious lady seated us at our stand and we waited. Fortunately, not for Godot - for a while actually we were in a bus heading to Bozhou.

We were in Bozhou in no time. Even with the accommodation we had not a problem. So far. 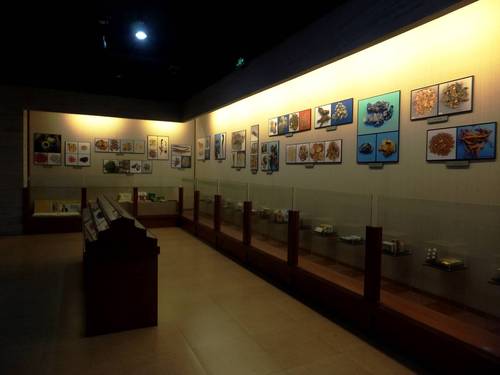 > Po-chou was supposed to be a Muslim city. And it was. Unfortunately, we arrived at a time when Ramadan began. Ramadan started and all the Hui, Chinese Muslims, ceased all their activities. Suddenly disappeared all those tiny little restaurant with great noodles, chuejské district fell silent.

After Suzhou is famous for the production of traditional Chinese medicine. We visited the temple Chua cu-an which now serves primarily as a place to commemorate the famous Chinese doctor Chua-Tuo . Although most of the show was only in Chinese, and so we liked, as well as the adjacent garden. 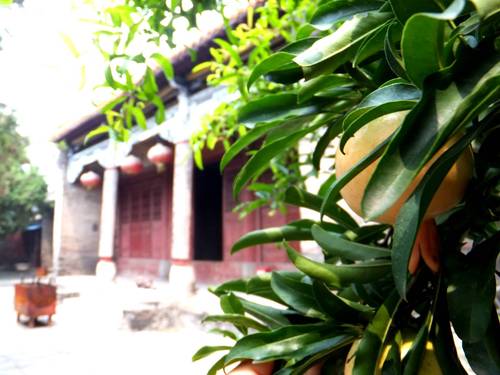 The day was coming to an end and the night was slowly coming. We went back to our room to gather strength for the next day and other monuments. We were replenishing our energy until about three in the morning. Then the terrible pounding and shouting started. After a good deal time we realized that it was the landlady who was pounding furiously wanting to get air-condition controller, because the entire small hotel had just one. It is important to say that this time of year without air conditioning very well not survive, so we are exerting all forces asked the driver back. The rest of the night passed already more or less evenly. Suspiciously thin wall proved stronger than it looked. And a drunkard, for who we almost lost our controller spent the night in his room, not in ours. And we do so the next morning full of life once again went to hot streets... 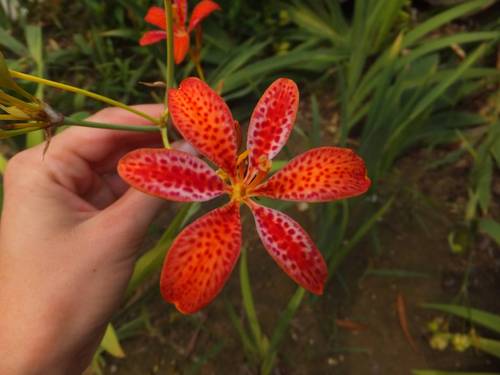 Published: 8.3.2014
While browsing in the diary, I found this note: "Qufu, arrival around 00:00." I remember that moment too well. It was quite cold, pitch black, and right at the exit of the station greedy taxi drivers came to us. Matter of principle had to be rejected. Then, however, had no choice but to hope that they were wrong and that you can get accommodation in and around the station ...

Published: 1.3.2014
Although, I was about to tell you how we lost accommodation in Heze, I should mention our train trip as well. We sat in a slightly crowded carriage and talked in Czech, which of course attracted the attention of our fellow travelers. In contrast, a bunch of us sat constantly laughing gentlemen who were watching us a lot, and finally dared to ask where it actually are.

China: From Kaifeng to Heze

Published: 15.2.2014
Another day spent in Kaifeng was very spirituality. At first, we visited five mosques, because in Kaifeng there is a large community of Chinese Muslims. We were surprised also neglected half-ruined church, where making of wedding photography took place. We finished the entire circuit in a Buddhist temple.

Published: 8.2.2014
We loved Kaifeng from the very beginning. Well, not actually, no. Because I was snorted over the fact that they even hadn’t swept up the room when the previous guests left.

Published: 1.2.2014
Bozhou said good bye in style. We went to temple Mu-lan cch'. It is a temple dedicated to the memory of famous Chinese heroin, Mulan. Perhaps some of you have heard her name in the Ballad of Mulan. Until the present, Mulan is an example of traditional Chinese son/daughter devotion (siao in Chinese).

China: Zoucheng: Just a Little Bit and the Circle Will be Complete

Published: 15.3.2014
Previous day in Chu-fu, sadly, in comparison to places that we've visited was not that interesting. Maybe if around the tomb of the great Confucius did not stand crowds of Chinese eager to make photos and if for passing the cemetery of the Kchung family was not required admission 40 yuans, the overall impression would be a little bit better.

Published: 25.1.2014
Our sleep that night, although intermittent, but still quite refreshing, so we did not hesitate and early morning set off to explore other monuments in Bozhou. Silently we hoped that the sooner we get up, the less heat will accompany us.

Published: 11.1.2014
Even local policeman knew of our arrival. So we could safely roam the city. A relatively small community of Hui live in the city. We like them not only for their culture but also for their kind attitude. So we went to the streets to see their mosques.

Published: 12.10.2013
It seemed that weather wanted to reward us for what we bore on the other day. So we woke up in beautiful morning. Also, we found out that somebody dig up the main street in the village. So we had to jump over many of the new holes on the road.

Published: 13.2.2012
China - land of unlimited possibilities, a country which, unlike the developed world is growing and whose economic growth in today's world seems like a miracle. Country with many cultural and historical monuments, a country, that sends a man into space.

China: From Changsha to Hengyang

Published: 14.12.2013
When we purchased the tickets that we guarantee that we will be able to leave the Zhangjiajie National Park, we did not protest when we found a complete state of affairs: a printed inscription in characters wu-cuo quite clearly said that most likely during the way we sit.

Published: 14.9.2013
It was already evening and when we left our accommodation and set out to the Labrang monastery. It is one of the six main monasteries of the Gelugpa sect, a Tibet Buddhist sect, known also as “the yellow caps sect.”

Published: 16.11.2013
We just reinforced our opinion that it is difficult to find how you can get where you need to go. The IN thing right now is the mien-c' face concept. We have something similar in the Czech Republic as well. Long story short – you don’t want to loose your face in front of others.

Published: 18.2.2012
Huge China is a country of contrasts. It consists of several climatic zones, there you can find a noisy city full of glass skyscrapers and smog, but also the traditional mountain village with mud houses and rice plantations.

China: Zhuo-er-kai – There Are Still Good People Among Us

Published: 19.10.2013
Lao-pan of our hotel (if you dare to call it hotel) promised that the bus heading to our following destination, Zhuo-er-kai (a town known as Zoige), departs at 7 o’clock in the morning

Published: 2.11.2013
We both knew Chengdu quite well, so after a thorough sleep we went to a bamboo park at the university where I studied. Refreshed by a sweet watermelon we set ourselves another goal: the mosque to the west of Tiananmen Square.

Published: 21.1.2013
The Great Wall of China. The Long Wall. The Endless Wall. There are many names for the same wall, the wall that everybody knows wherever he/she lives. If you are Chinese, it is THE wall. You are proud of it because it is a national symbol. As Mao Zedong once said: “Who never got on the Great Wall of China is no man.” Or Chinese.

Published: 21.9.2013
Another road was ahead of us, it was from Ping-liang in Gansu Province to Tianshui. The name of the latter means literally “sky – water “(天水). This was the very first thought we had when we jumped to a puddle right when we got off the bus.

Published: 23.11.2013
After a nine hour train ride we got to the station in Guiyang, capital of Guizhou Province. What was our surprise when we tried to beat a hot gust of fresh air as Chungking! You can not say, although it would not be hot, but there was a gentle breeze, and overall was a lot more comfortable.

China: From Sung-Pan to Chengdu

Published: 26.10.2013
The path to Sung-Pan lasted about three hours. As soon as we got off the bus, we realized that we were in a an area superpacked with tourists. While the night was still far, we were worrying about overpriced accommodaiton.

Published: 28.12.2013
On the following day, around seven o’clock in the morning we got to Nanchang, the capital of Jiangxi. It has very rich history.

Published: 29.9.2013
After our visit of Labrang monastery we were falling asleep, in rain, and in rain we were waking up. We were also quite glad that we had abandoned our initial goal to sleep on steppe under sky.

China: Zhangjiajie I: The Land of Avatar and Steps

Published: 30.11.2013
Our first impressions of the Zhangjiajie National Park were not positive from the first moments we were there. Positive impressions, however, were not following. At the entrance we met a woman who insisted on offering us an amazing hotel accommodation in the park at a price that we even had to haggle areas not favored by tourists.

Published: 4.1.2014
The train, although it made us very, very tired. It took us safe right into Hefei, the capital and largest city in Anhui province.

China: Langmusi  I. – On Borders

Published: 5.10.2013
A bus trip went relatively fast, sky became clear and we had a view of vast land before us. More and more we submerged between high mountains covered with grass and nimble goats.

China: Zhangjiajie: How to Get Out of a Crowd?

Published: 7.12.2013
We decided to give the park another chance and start from the other end - from the south. We also fulfilled our commitment to avoid the stairs, so we walked along the river.

Published: 7.9.2013
„Waky, waky! We are in Pingliang!“ It takes a while for one to realize that this is not just a dream but that a Chinese conductor tries to tell you that it is about time to leave your warm bed in the carriage for you arrived in your destination.

Published: 9.11.2013
K625 train from Chengdu to Chongqing was relatively ... interesting means of transport. But since it was turned on only every other light, and because we were tired to death, we just passed the seat (unusually empty, endured a few most determined). Nerozhlíželi we left nor right, because ignorance is sometimes the key to success, and we slept fitfully.