The square you can find between the streets Štefánikova and Zborovská, if you go north-east hub Angel. Among the sights Square, once called Wenceslas, include a three-aisled neo-Renaissance church of St. Wenceslas, Portheimka or Bear fountain.

Its current name of this place came in the 20th the 20th century. It is derived from a general strike against Austria-Hungary the same day in 1918.

Kilani Dientzenhofer Ignatius, the famous Baroque architect of German origin, (author of such works is like church. John of Nepomuk at Prague Castle, St. Catherine, Invalidovna in Karlín or participated in the completion of the St. Nicholas) won in the second decade of the 18th century for their own land in the area of ​​today's Smichov. At the site of a former Carthusian monastery began to build his large family as a summer residence italizujícího Baroque castle. The ceiling of the oval main hall on the ground floor of the artificial marble, fresco Bacchanalia is formed by Václav Vavřinec Reiner. 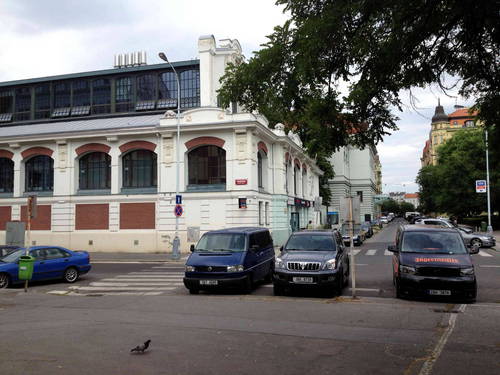 e of the hall with French window is decorated with an allegory of the Day and Night. Garden of villa was adapted into a French fleet, which were not missing many pools and statues. At the beginning of the 19th Portheimka century gained a whole new purpose, when her new owner, Ferdin and Delorme, rebuilt the factory of chicory. In 1815 it purchased the Moses and Leopold Porges of Portheim, after which the building bears his name today.

In 1919 part of the French fleet was demolished for construction of residential buildings. Portheimka then served successively trade unionists, the Museum of Old Smichov Gallery D and reconstructed in the 90 years is now one of the National House in Prague, which here runs a gallery and café President.

In the second half of the 19th Manchester experienced Czech century as they were called New Town, rapid development, for which it was decided to build a dignified religious temple. The construction according to plans by architect Antonin Barvitius began in 1881 on the site of the old parish church. Philip and James, and already in 1885 the church was consecrated. 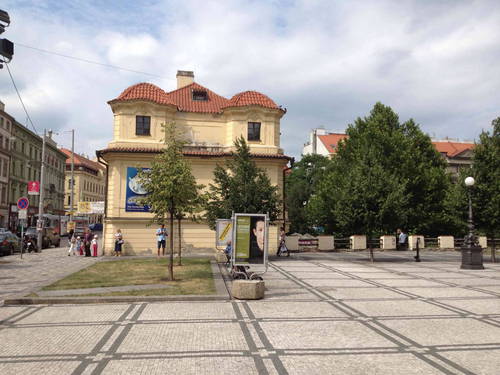 The author of this work in 1689 the castle was the sculptor Jerome Kohl (by the fountain on the II. Courtyard of Prague Castle) and the fountain was originally located in places of Jirásek Bridge. Name obtained by the fountain between the lower and upper bowl, which takes the form of three bears. The top is decorated with majestic Neptune fountain, but lost its original gilded trident. 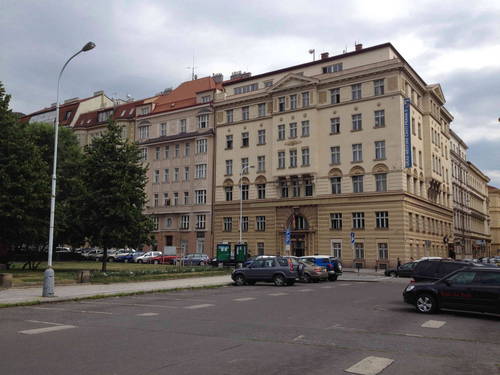