en.infoglobe.cz » Annapurna Expedition 2012 V.: Our Is The Top

It is 1st of May. We have Jirka's honey, slivovitz and Prague´s ham, but the sun is missing. On the top is cloudy. So the next day due to storm and avalanche, that the night fell and drowned 16 people, returning from the 5700 meters. When the weather improves a bit, in the afternoon we go to fix C3 - the third camp. If a lot of snow, I think the above could be clear, but it will struggle, because we have to bear the entire camp. We did it. The next day we planned to start the sixth morning. I got to C3 at noon, Tráva at 6pm. He gave me! But we're both fine and wake up to a beautiful morning. Weather, but holds its tumultuous trend - avalanche fell, in the afternoon came a storm and blizzard. In a tent for two, we have to sleep three. This will be night again! 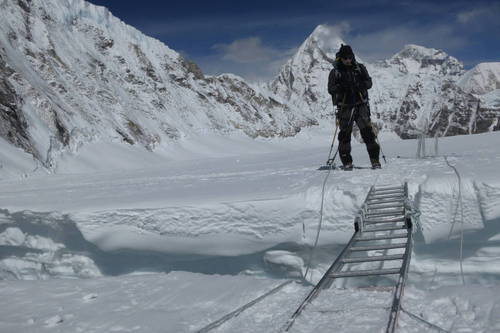 It is 4th of May and the weather forced us to build a tent in a place where I would not recommend it even to my enemy. Snowing again, so the snow around the clouds. We have to wait until morning, then we'll see what direction we go - whether up or down. Both will be hell, even in good weather would be a real peak. We have two different predictions - a claim that is not snow, the other attacking the 60 numbers. But has not yet been the day, when didn’t snow. 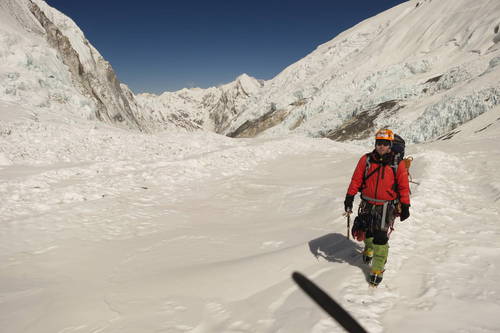 The weather was better – we have got Annapurna

Overnight felt down only five centimetres in the end. We are in the C5, the fifth altitude camp, and I finally have a relative sense of security. If won´t snow a lot, we will try the top. We're just two and two Sherpas with us. Math test in research on the lack of oxygen to the brain, although I did not even then - at nine we go to the top. Annapurna was conquered! 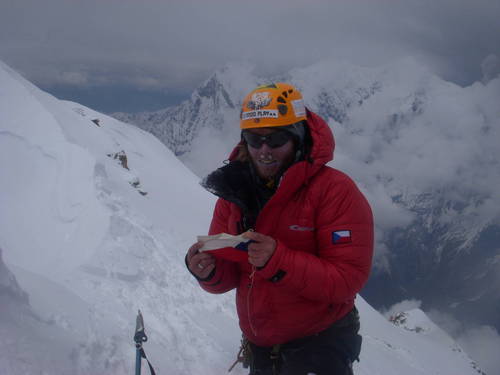 Descend down and frostbites...

Tomorrow we are leaving from the C5 and I want to base camp. This will be torture. It's too far and I found, that I will give Kristina not only material for the loss of brain tissue from lack of oxygen, which she wanted of us, but also some info on the effects of frost and insufficient blood flow to the periphery of the lower extremities. It seems that I´ll fly by helicopter. After that, although he had always wanted, just a little differently.

Tráva enjoys his impressions from the top, as it is longest. I'm in the base camp, he sleeps in C2, which is already out of avalanche. We are in contact. But I am flying to Kathmandu to the hospital.

From the Tráva email: Yesterday 8th of May 2012 I quickly (early morning) descended from the second camp in line. I also needed to catch a helicopter to Kathmandu because I found that my frostbitten fingers and I - just not on his feet, but on the hands.

So fast move. In KTM airport is waiting for even ambulances. We're taking our favourite doctor Kristina and go to the hospital. After a few hours we leave the hospital – me with bandage fingers, and Radek feet. 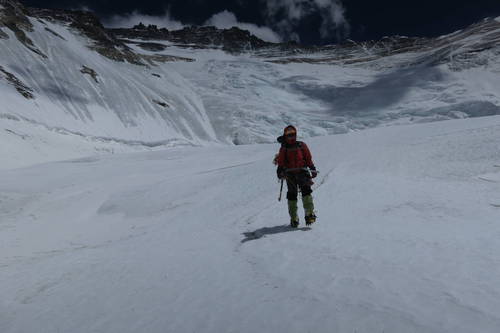 sms from Mirka: Boys are after treatment. One has a bandaged leg, the second hand. Exhausted get together in Kathmandu, which should arrive and the rest of their things from the base camp. Both boys are in good hands with Dr. Kristina. Arrival to the Czech Republic will be probably on Friday.

We are very hungry, so you fall into pubs for a meal, while "getting hammered" a lot of curiosity - admiring glances from the next table. Sitting there team either German or Swedish tourists. After a while, and emboldened to ask if we are to climb Everest? "Bah Everest, the Annapurna are frostbitten, you blond naives," we say to ourself. 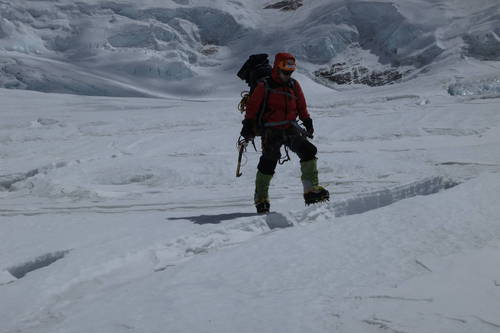 Today from Migma we have got an information, who is the head of our agency Seven Summit, that from Annapurna BC leaves and other climbing season ends. Unfortunately, there remains a body somewhere Tibor from Hungary. And so is our joy dampened his death. The Hungarians, we had a common tent and he was a good kid. I argued with him about who the two of us in BC is the youngest. It was him.