en.infoglobe.cz » Climbing: Armenia – Is the Highest Mountain Aragat or Ararat? 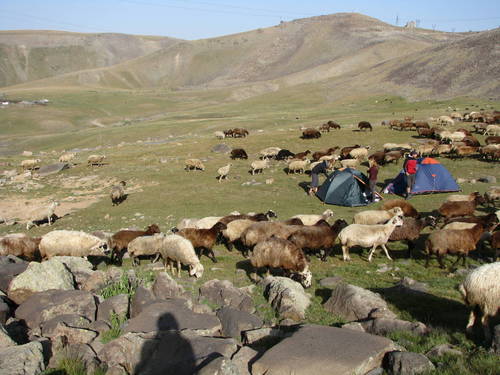 The Lesser Caucasus and the Ararat, a high mountain range, is situated in Armenia. The official highest mountain in Armenia is Aragat (also Mount Aragac), 4090 m above sea level. Aragat is an extinct volcano with a huge crater and other four peaks around it. The peaks are named according to the cardinal directions, the lowest is southern (3879 m), the highest peak is northern (4096 m). Between the eastern and southern mountain is torn and passes through here a slight valley, falling to the village Aragat. 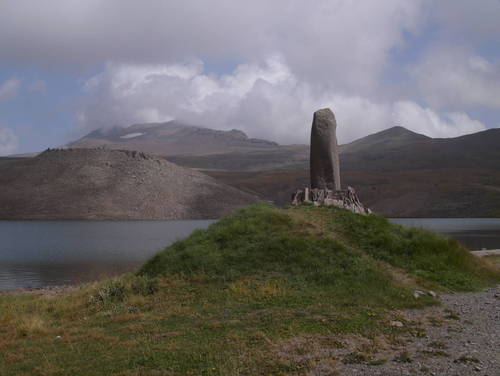 At the top there are two paths. The first path leads through the village Aragat, the other path leads from the town of Byurakan (along this road, you can also stop at Fort Amberd). The road is in very poor condition and is very long. Not every taxi driver you want to zoom in to that location. Eventually, we persuaded one taxi driver and experienced a flat tire and burned engine. The road leads to the lake Kari (to a height of over 3450 m). There is a meteorological station. From there you just follow your nose up to the southern peak. If you want to reach a cross on the top you have to go around the western and northern peaks. The cross, however, is on the rocks, so ordinary tourists do not go there. The top parts are not particularly difficult climbing terrain. 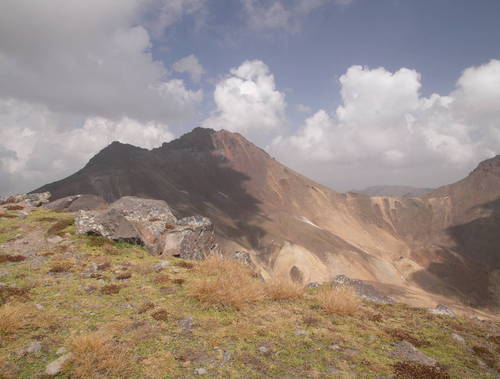 However, if you ask any local, what is the highest mountain, everyone responds Mount Ararat . Ararat is the Biblical mountain, which reaches 5134 m asl. It created a massive volcano with two peaks - Great Ararat (5137 m) and Small Ararat (3896 m). Although, it is the highest mountain in the neighboring Turkey, Armenia regards it its own mountain. It is due to the fact that Armenians used to live there so their history is tightly related to it. After a genocide caused by Ottomans (1913-1920) about 1.5 million Armenians were dead. Following political changes a great state of Armenia changed, split and taken, the holy mountain included. 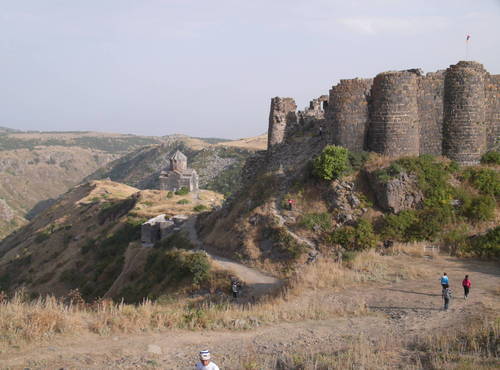 In the subconsciousness of local people, however, it will always remain theirs. People living near the landmarks are proud of the fact that at least they can wathc Ararat daily. Mount Ararat is also in a state symbol. Ararat is only a mile from the border with Turkey, a Muslim country. For Armenians it is not possible to cross the border (due to the aforementioned relations). Soldiers with Kalashnikovs are very carefully guarding border. Perhaps the nicest place to get energy of Ararat is Khor Virap, where is a monastery. This place has its own atmosphere. 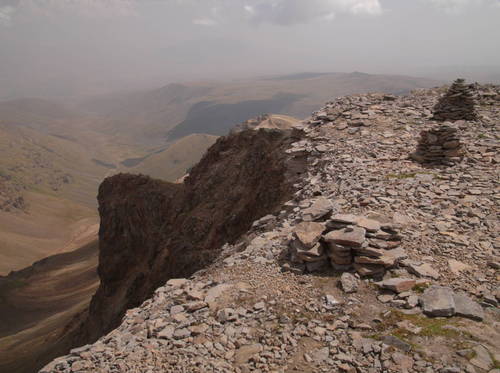 If you want to climb Ararat, Turkish authorities require a permit to purchase the output and expeditions are required to have a local guide. Permanent snow cover glacier begins around 5000 meters. 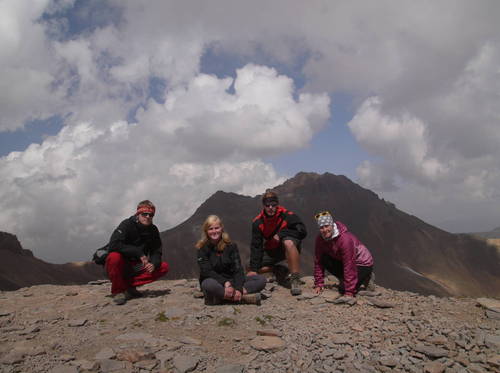 Armenia is a very pleasant country. People who visit the country, have very positive memories mainly due to the locals who are incredibly generous and hospitable. It is no coincidence that someone sends you a cup of coffee, tea, a piece of bread or home made cheese and give you something along the way. Although the young Czech travelers sometimes have difficulties to communicate (if you do not know Russian), locals try to communicate with you and advise you. 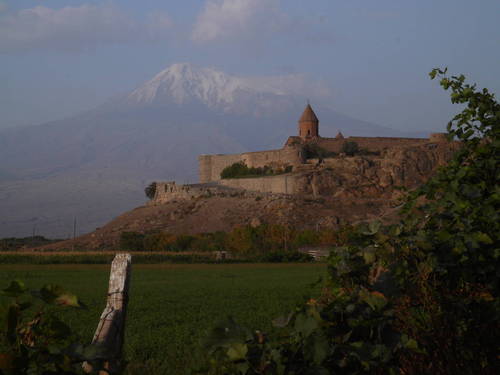