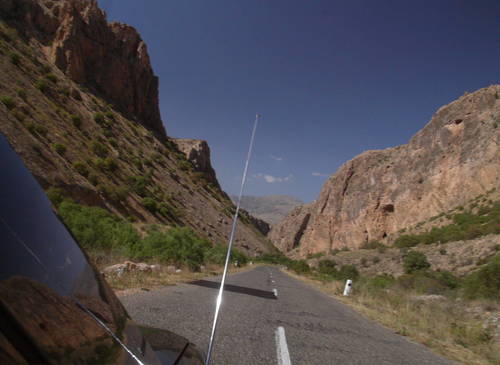 On the territory of the country dominated by semi-desert and desert vegetation, many would something to love about even those who love forests. Tourism here is underdeveloped, as well as this country is not typical of countries where it was being used strictly for climbing and a great one. But there are beautiful places in Armenia, where one could experience some great climbing. These days climbers use primarily their own safety equipment, but the below mentioned areas also gain drilled rivets and stand. 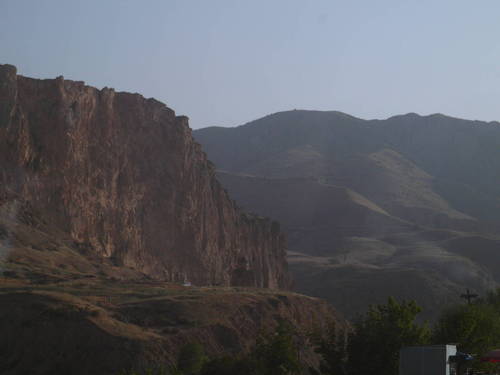 A possibility where to go is the Hell's Canyon. The canyon popular among climbers is located between Urtsalan and Zangakatun, near the border with Azerbaijan. Hell´s Canyon is a limestone rock. Thus, it is a quite good rock to climb. There are over 35 routes, difficulty in 7b. Lesions on both sides of the canyon through which flows a stream. The landscape here is simply gorgeous. 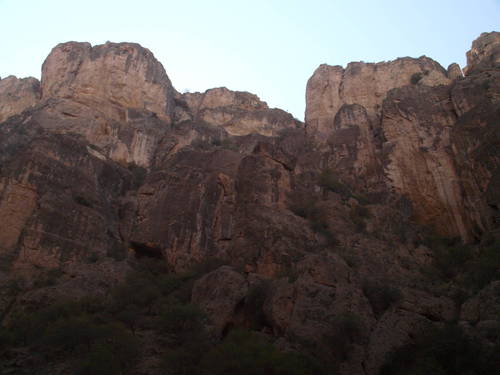 Another interesting place for the climbers is Garni gorge. Garni Gorge is located below the Garni, which is located just over 20 km southeast of the capital Yerevan . This village is often visited mainly due to a pagan temple complex built in the 1st century. It is the only survivor of the Christianization of the country which took place in 301 AD. In the valley behind the temple flows the Azat river . The sides of the gorge are a rock wall with very well-preserved "basalt pillars" such as Lord's Rock , located at Kamenicky Senov (the Czech Republic). This areaof Garni gorge is also called the local "symphony of stones." But beware - climbing on those basalt columns is prohibited throughout the entire territory of Armenia. Do ravine leading more than 3 ways, so it is not hard to find some of them. It is best to ask local. 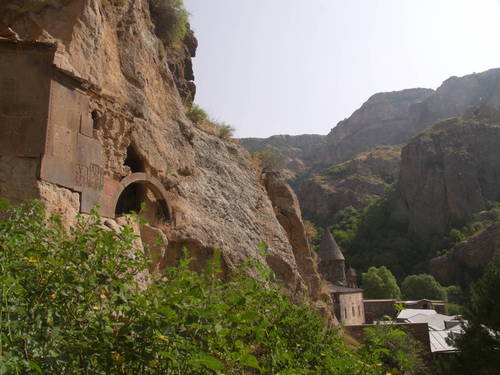 Noravank Canyon is located 80 kilometers southwest of Yerevan. It is an area that certainly will deceive every climber. The monastery of the same name labeled with driving on the new road between the massive rocks that are inconsistent. In these places one could establish countless paths. At this time, climbing particularly at the base of the canyon itself, i.e. on both sides of the canyon, after turning off the main road leading to the monastery Noravank . The orange-colored rocky area enchanted by the climbers and non-climbers. 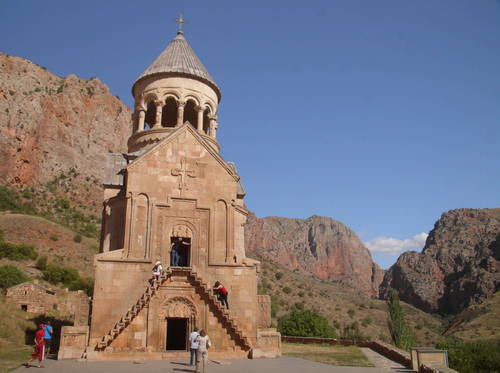 For any information I would recommend a local climbers’ club that is based in the capital city of Yerevan. The name of the club is Up the Rocks . You may find some contact on its website. Only they will have the latest information about traveling in the territory of their country. 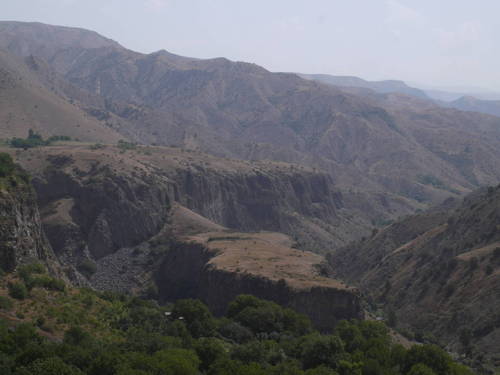