It is probably not necessary to introduce the ski resort in Tatranská Lomnica, which together with Jasná belongs to the top ski destinations in Slovakia. This is a resort where beginners, families with children can enjoy themselves, and thanks to the highest ski slope starting in Lomnický sedlo (at an altitude of more than 2200 m above sea level), even demanding skiers with perfect riding technique will enjoy a unique experience. So let's go up the slope!

We start at the Start valley station, which bears the name of the place where the former toboggan run began. Next to the ski slope, you will slowly complete the first stage leading to the upper station of Borůvka. We ascend on the right side of the Čučoriedky – východ ski slope. At the top station of the chairlift, you can end the ascent, as the vast majority of ski mountaineers do, but if you dare, you can continue. 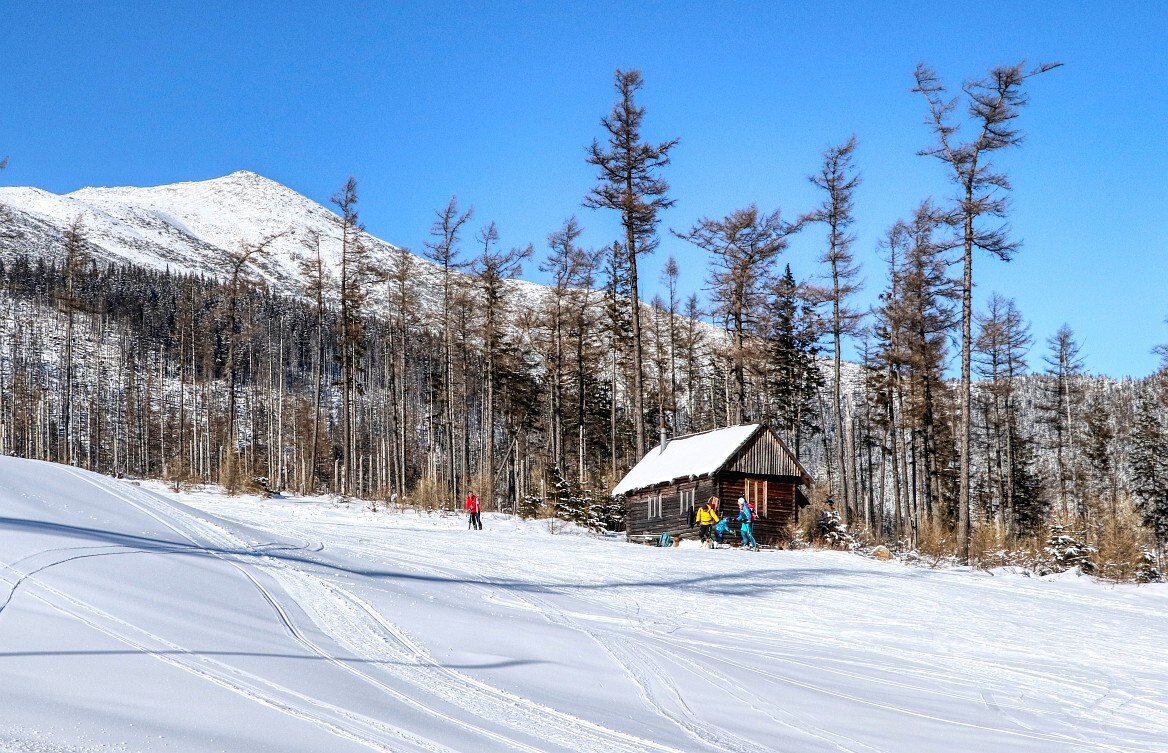 The second part of the route leads next to the forest and shortly turns left towards the Generál ski slope, which ends here with a steep parachute. You have to walk very carefully over this slope. Then we continue along the Esíčka ski slope below its turn, which is followed by a short but steep section. We will get above the level of the General parachute. Although both slopes continue here simultaneously, we ascend on the left side of the Esíčka slope. Below we will gradually connect to the General ski slope in its highest part. Then only with a slightly ascending ski slope we get to the cable cars at Skalnate pleso.

From this point you can go to complete the third, the most difficult stage to Lomnický sedlo, but you must already be in good shape and experience. So we chose a short visit to Skalnaté chata (1751 m above sea level), which is located below the second highest peak of the High Tatras - Lomnický štít.
After a little refreshment, we went down the slopes Generál and Esíčka. A steep section of the Čučoriedky – west ski slope was still waiting for us. During a half-day ski mountaineering trip, we covered 4.6 kilometers and an elevation gain of 860 meters.
49°10'03.8"N 20°16'14.7"E  (Tatranská Lomnica parking lot)
Text: Oskár Mažgút in cooperation with HIK, o.z.
Photos: HIK, o.z.

Published: 5.12.2021
Mountain and alpine huts have become a popular destination for ski mountaineers in recent years. This is also one of the reasons why a new ski mountaineering guide was created, which offers a selection of the most interesting ascents in the Tatras, as well as the Great Fatra.

SK: Walking with a Book - The Tatras from Sidewalk

Published: 13.12.2021
Take a text-visual walk through the most beautiful mountains of Slovakia, which offers a pictorial panorama of individual valleys and peaks with precise descriptions and characteristics. Experience the word and image that can be seen from the hiking trail.