Tatranska Lesna belongs to the district of Vysoke Tatry. On the edge of the village runs massiveStudeny Creek . Its creek has many rocks in it. From an architectural point of view there can be found a children's sanatorium building a few accommodations. Tatranska Lesna lies at an altitude of 915 meters . The history of the village began in 1927. Onceit belonged to the territory of the present village of Stara Lesna, but after construction of several buildings it was declared an individual colony. 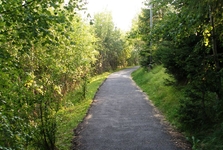 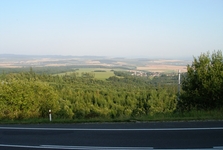 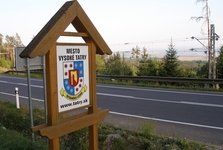 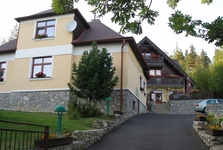 Every tourist or visitor can get easily to Tatranska Lesna in the Tatras. The village is located by the Path of Freedom that connects to administrative centers of the High Tatras; Stary Smokovec and Tatranska Lomnica. A bottom path is dedicated to mobile visitors (road, railway). The upper path than is for those who love cool and easy walk, and also for bikers. We (Infoglobe editors) are among those who are liked by nature – pedestrians. The ubiquitous flora, thick trees and beautiful views of the majestic Tatra peaks sweetened us the way to our destination. After a welcome by a coat of arms we were interested in Hotel Carpathia. In fact, it was the basis for settlement. From the beginning, the hotel was not only a hotel, but a tourist accommodation as well. It was opened in 1928. Later, after the nationalization, it became a union sanatorium until the 1990’s. In this time the building was restored and has been serving as a hotel again. West of it is a children's sanatorium. The building was built in the style of representational triangular construction and the first of its kind in the Tatras in the time of its construction. The building is build in the way so the light of the sun shines into the rooms of pediatric patients during the whole day. It is worth to mention one more building, and it pension Bohemia . The guest house was built in 1935 and served for family recreation. In 1950 he took over Revolutionary Trade Union Movement that it has established sanatorium Detvan . It put paint folk scenes on the façade. Some of them still remain there. In the 1990’s, the building was restituted to the original owner. A walk through the Tatranska Lesna was not long but the more we enjoyed it. There are many tourist activities available in the surrounding area. 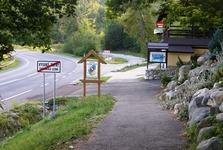 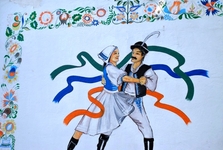 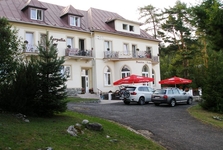 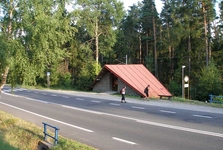 Up to the mountains

At the edge of the Tatranska Lesna there are several hiking trails. The yellow sign takes you to a crossroads above Dlouhy Fall (1.35 hours). Also at the crossroads of Dlouhy Fall and Studeny Creek (1.40 hours) or Starolesnianskou Polana (2.00 hours). Two hours are necessary for you to get to the Rainer’s Cottage and   another 15 minutes to Hrebienok. Anyway, Tatranska Lesna is a good starting point for family trips, since all designated routes are easy to take. 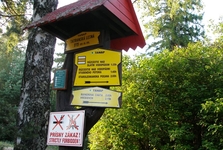 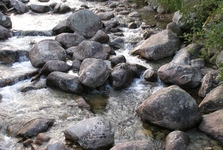 Definitely, besides visit to Tatranska Lesna, do not miss a walk around the neighborhood. Near the village towards the Tatranska Lomnica is located Olympic Forest . This was initiated by sportsmen, which was the fate of Tater after a natural disaster in November 2004 indifferent. The athletes have been actively involved in the aftermath of the calamity. It involved planting new trees. It is now the place frequently overgrown and has become a kind of symbol of the motto: "The need to protect the environment is one of the fundamental principles of Olympism". 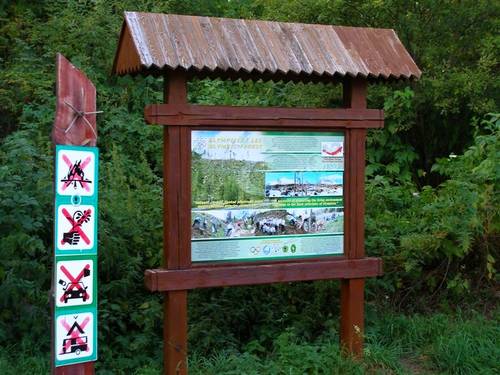 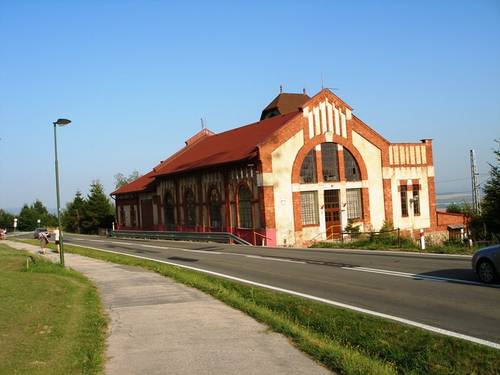 Of course, we could continue on and on giving you tips for trips. We tried to introduce you this small village yet interesting and rich on expriences.