The first Saturday in October in the Old Swiss House Smokovec stated the competition, which was specific, but clear rules and for eight hours only eight shots to shoot eight photos on topics:

Contestants had the option to allow your imagination and take advantage of the extensive area of High Tatras and TANAP, in the section of the village Podbanská under Tatranska Javorina. Weather really wanted everyone involved, was a beautiful sunny day. If the competitors find a little break from their cameras, they could go for right Tatra Ostiepok grilled with homemade sloe jam. Gradually, as the sun was setting, contestants brought their photos. Totally they were twenty-two registered participants. 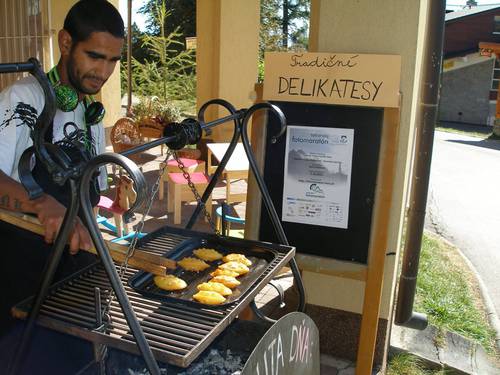 The evening workshop was held with the famous photo Poprad native guy Rob Kocan, about a special photographic technique called luminography or drawing by light (either from batteries, torches, candles ...) in the picture. After presentation everybody went to the after party, where they exchanged their personal experiences to the pleasant Nu-Jazz music. 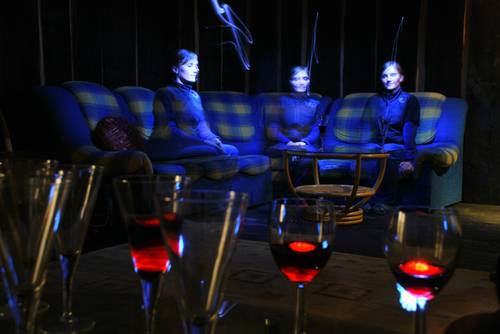 176 best three series and eight photographs that reflect the best one of the topics. Three weeks later we again received an invitation from the organizers, but this time at the opening of the winning photos. We were pleasantly surprised at Grand grandiose spaces, where the actual ceremony took place winners. Pictures hung on the walls in the background playing nice "Tatra hudbička" and served it with crispy cheese and dripping special Slovak cake called pagáč and tea. At the beginning of the opening ceremony spoke the organizers from the internet club in Mountain Dr. representation Stanislav Klauč and head of city Vysoké Tatry Jan Mokoš, who was there as patron of the event. The best winning series of pictures had Miss Julian Dombrovská from Kosice, as it followed Mr. Matus Trebáč and on third place was finished Karel Kobella.
The authors of the winning photos were the topics John Valko (once), Matej Liska (like a sore thumb), Sven Vetrt (wood), Julian Dombrovská (on pavement), Marian Chromek (man and mountains), Katarina Hozová (reflection), Maria Petríková (size) and Matus Trembáč (view ...).

like to continue with photo marathon next year as well. Of course, it couldn´t be missed gratitude for the generosity of sponsors events, who contributed media or material way.
People admired the winning photos while they tasted the salty delicacies. Our impression from this event was very strong, beautiful idea converted into real form, mastered perfectly. Maybe next year the team takes Infoglobe.sk "cameras" and is selected to the Tatra Mountains, to measure forces in contest for valuable prizes, as well as capturing the beauty of these small mountains.
Text and photo: Oscar Mažgút

Published: 7.2.2018
We bring good news for every smartphone user! Infoglobe has just released a new mobil app which will guide you to the most interesting places on our planet and by detecting your location it will suggest you trips.

Stary Smokovec: Photographers and Fans of Nature Lets go to the Tatras!

Published: 19.9.2013
In just few days there will be an interesting competition in the High Tatras known as the Tatran Photomarathon 2013. It will bring unique categories and rich program.

On Saturday 19 October 2013 there was a celebratory vernisage in Stary Smokovec. It was held in a...