Since time period, when an actor Jaroslav Marvan run about the plain covered with snow, (as legendary Prague inspector), passed really couple of years. Nevertheless, Morava recovery building, where he obtained his reference-award, as a reward for his devoted work, is still to be found in Tatranská Lomnica. However, countryside character changed in substantial way, as all trees disappeared from Tatra Mountains foot. The trees grew here for hundreds of years, and now, they were defeated by one big gale. No doubt, November 2004 remained for Slovaks their greatest shock of their modern history. Even after five years, a memory for wind tornado remaind still live. You feel that this echo is respirating  to you from all parts, from places, where quite „recently“ were situated robust trees, from suddenly open views and even also from local inhabitants. 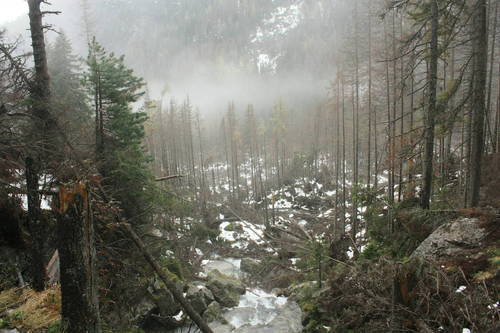 The destruction behind windows of modern train

During your journey by „electric train“ somebody instructs you, in three foreign languages, to check your ticket. You pay in EUR your comfort for travelling in modern train. The fog is cut by sun-shine from time to time. The nearer you approach to Tatra peaks, the more intensive you recognize a power ruled by nature. In empty hillsides, there are to be found a few „shaved“ trees, which resisted violent sudden gust of winds. You can admire the buildings in Alps style, which were hidden in thick forest copse couple of years ago, including Morava recovery house.

Polish tourist who got out in Štrbské pleso railway station later, stopped her map studying for a while, and looked from the train window. Her eyes followed with amazement all this devastated countryside. Local people are just accustomed at this view-picture: nothing remained. „Our small daughter is five years old, she knows that the tress are missing in Tatra Mountains“, informs us an owner of local boarding house in Dolny Smokovec. 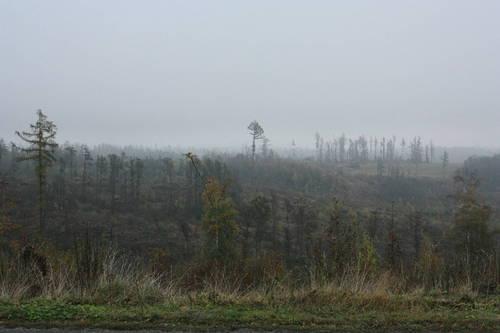 Mountains without forests – it means: the towns without money

High Tatra web-sites do not stop to make attacks for tourists calling them to visit this region. The right slogan is as follows: „Please, do not turn aside with your back, we just need you right now!“ is self-explained. According to local people, the gale destructed not only the nature but also tourist movement is suffering from this fact. Anyway, old good times return very, very slowly. It is a fact that most of hotels are closed, in autumn and in spring, as a consequence of such reality. We recommend you to order the meals also in advance. The walk, joined with occasional „generous dinner“ remains, within time period outside tourist saison, as non-fulfilled dream. On the other hand, upstairs, in mountains, all is functioning as before. The porters, who daily bring out on their back to mountain chalets the load (hundreds of kilograms of food), do not live in need at all, thanks to this fact. 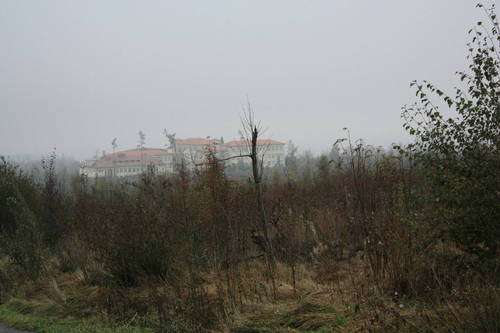 Nothing more than railway

Hardly anybody who decides to visit High Tatra Mountains, knows, that he arrived to one of biggest Slovak towns. As far as town quarters are concerned, this town could make a competition even with Prague. These fifteen town-quarters are connected with modern train. Anyway, when the fog appears, you are recommended to go to the railway station with some time reserved in advance. The electric train brings you comfortably up to Štrbske pleso, situated in the altitude of 1351 metres above sea level. Further, to Tatranska Štrba and Štrba, you can use a transport by means of special cog-wheel railway, upstairs towards the mountains, or you can prefer to go there on foot.

SR, Poprad: A Gateway to Tatras

Come and see with us Poprad, a base for trips to High Tatras. The most visited part of the city i...