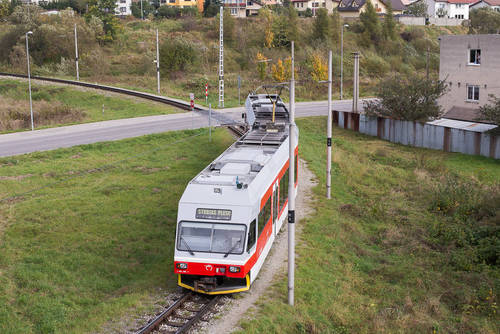 My plan was to take a ride at the network of electric railroads in the Tatras (TEZ) and the Ozubnicova Railroad (OZ) from Strba to Strbske Pleso. A day ticket that covers the whole electrified railroad network in the High Tatras costs only a couple of euros. It is ideal solution for travels there, if you intend to hop off and back in the train occasionally. As I planned to do so (I was not interested in some long hike) I marked my ticket when I get into the train in Poprad. Till the evening I had nothing to worry about. 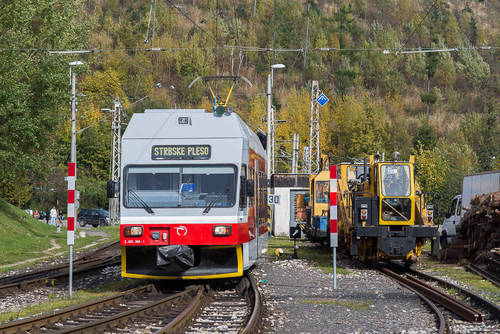 I stepped off the train in the station of Stary Smokovec. Due to a traffic closure until two o’clock on the track I had to use after I had two options. I could either use the cableway to get up to Hrebienok or I could transfer to another TEZ train and ride to Tatranska Lomnica (there is also a cableway leading to Lomnicky Stit). The latter option was the one I chose. So I walked through Tatranska Lomnica in 45 minutes and then returned to Stary Smokovec by the first train.

The closure ended. A double-train came from Poprad. For a while, people were confused what train goes back to Poprad and what up to Strbske Pleso, and what train goes to Tatranska Lomnica. After couple of groups changed wagons several times, the trains departed finally. I planned to get off wherever I would like it. Then I would continue by a following train to the final station. TEZ trains go every half-hour in the afternoon. I did not stress over missing a train. 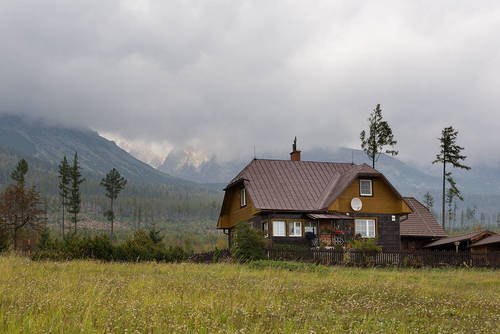 On the station I chose to step off, Danielov Dom, the train did not stop (I think I did not push the “stop” button enough). So I had to get off on the following stop and reach the station of Vysne Hagy by foot. I chose well. I cwalked along beautiful forest path and pick everything that grew there loads of cranberries. I even found couple of blueberries. It really surprised me as it was October.

Vysne Hagy is probably the most romantic stop on the rails of TEZ. Especially in autumn

it is like it was in fairy tale. Fifteen minutes later of waiting, I took a ride to the terminus, Strbske Pleso. It was getting dark so I just walk around a lake for a while. When it started to rain, I was glad I could get into one local pub. I dined great home-made mushroom soup and it made my stomach happy…

On the following day morning, I moved from Poprad by express train to Strba. There connected a train of OZ . The way up takes 15 minutes while giving you beautiful views. No one mind the slow pace train goes up (you can get to Strbske pleso by car along twisted road and much slower than by train). Or I was not bothered by it.

I had a breakfast at the bank of the lake. I had to catch the last day train to Prague. Instead of difficult hike I chose to travel by cable way to Solisko summit. By the lower cableway station the weather seemed to turn out quite good.I large grey cloud appeared from nowhere in couple of minutes. Eventually I even did not get on the very top (still it is quite a climb). 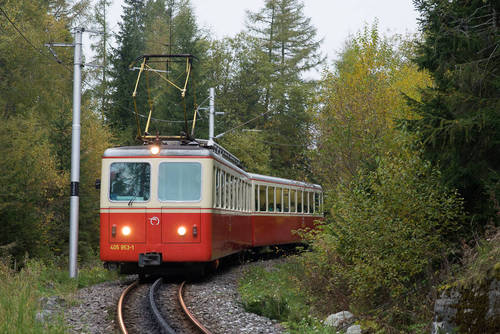 I stopped right elow the cloud. Before I managed to get my camera from the backpack to take a picture of the valley, I had to put gloves and sweater on first time this year. I hope I wouldn’t use them. In the lee of a large stone, I enjoyed beautiful autumn landscape. I was fascinated by hawks glowing in red and gold flying around green mountain pines and spruces. 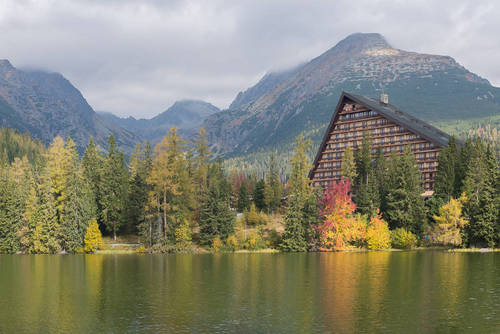 I felt hot on the way down. But I had to put my gloves and thick sweater back to my backpack at Strbske Pleso. Upon small lunch I get on the OZ train heading down to Strba. There I transferred to an express train and get off in Zilina. From there I continued by another express train to Prague.

I can only recommend a trip like this. The Tatras are really easy to reach from the Czech Republic by train. Two night trains go to Poprad. One of the trains transport even cars. The Tatras have lot to offer to any tourists. I hope I will ride on local ski slopes soon. 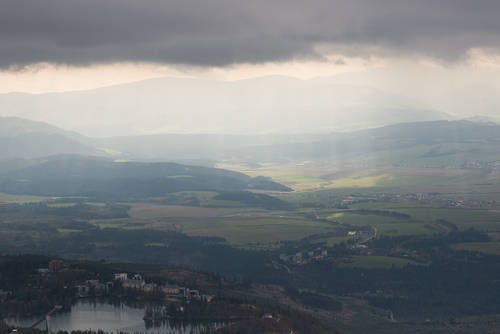