It seems that this is raison d’etre of Vesec – preservation of the village as it was in the 18th and 19th centuries. There are 27 log cottages in Vesec that are still in their original state. Vesec is a typical village as it is located around a pond. On the square there is a fire-brigade headquarters, which has a beautiful bell tower. A board on a building gives you tips what to do in a case that fire breaks out and other life threatening situations. 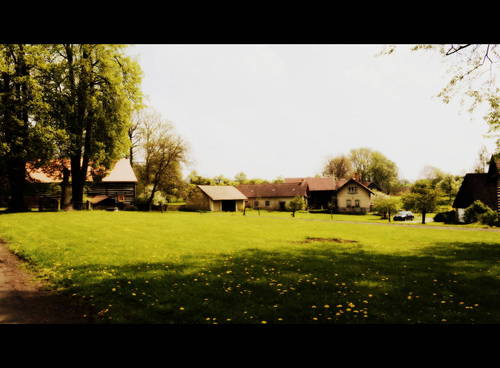 And what do say tourists about this?

They love this. They are lying about on a grass surrounded with dandelions and daisies. They are eating their breads with cheese and salami and taking their time. They found out they need no pub with cold beer, nor ice-cream.

Perhaps just one lady who was walking in tempo of Nordic walk with a group of other companions of her age said that all these houses are worth nothing. But she ate her snack in fire-brigade headquarters, drank something and moved off to Sobotka. 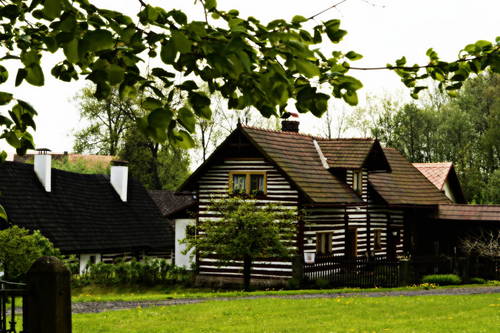 The population of Vesec is small, only 26 people. The second half have their own log cottages and use as summerhouse. So there is almost no one to be angry about some curious guy taking pictures of his/her dinning room from across the garden.

Locals are used to constant inflow of tourists as well as to filmmakers who love this village and shoot it often. Vesec is the home to one of the most famous Czech figures, Jara Cimrman. Right there the movie Jara Cimrman Lying, Sleeping was made. From the movie Jak dostat tatinka do polepsovny people know the aforementioned fire-brigade headquarters or a shop from which Vasek and his father, a mountaineer, were bringing sugar infected with ants to his mother. 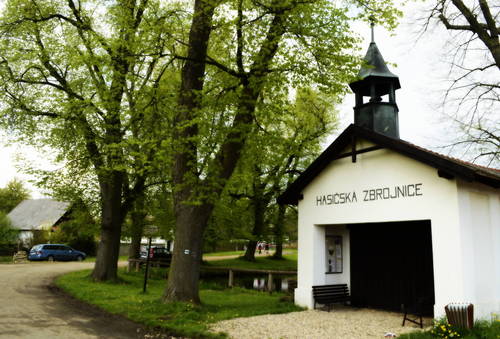 Winter Vesec appeared in the Halina Pawlovska movie Diky za kazde nove rano . There Vesec was used for a scene in snowy Ukraine. An elderly uncle decided to marry a young Ukraine beauty. Indeed, many movies and fairy tales were shot there. For instance, S certy nejsou zerty, or the Otakar Vávra movie Komediant. Thanks to filmmakers there is now electricity grid in Vestec despite the fact they haven’t been using torches for a while. All electricity is underground so nothing modern would disturb historical nature of the village. 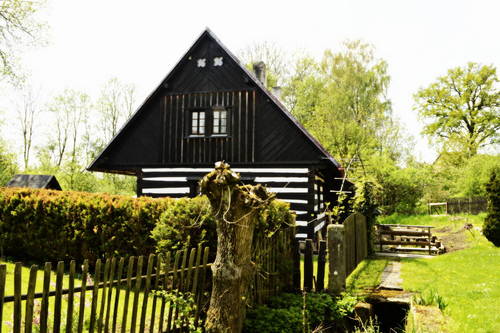 Chronicler is an important part of the village, here it is Marie Simunkova and here predecessors. Chronicles are important witnesses of what happened here. From chronicles you can learn about who bought what house and when, who extended his house and who married whom and had children with. In the Vesec chronicle every house has its won story to tell. 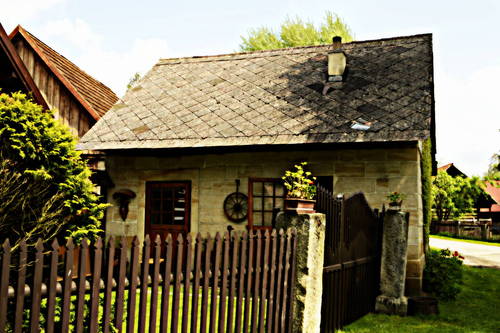 Farmers used to be the largest part of Vesec’s population, they cultivate local fertile fields or woods. They bred animals there and had lots of children. They used to pray by the Holy Trinity statue.

Want you have a nice trip you should set out to Vesec from Sobotka and continue on across picturesque Plakanek Valley to Kost Castle.