New Bydžov used to be, more precisely in 1751, the seat, but today we would say the former county seat Bydžov region. That in those days ranged from Giant Vrchlabi to today's Central Bohemian Sadská. About thirty years later the regional administration moved to advantageously situated Jičín. But people got used to name of the Bydzovsky region and so it remained for some time. Today is, conveniently located New Bydžov, just 30 kilometers away from the present county town of Hradec Kralove, the center of several offices and a major tourist center. 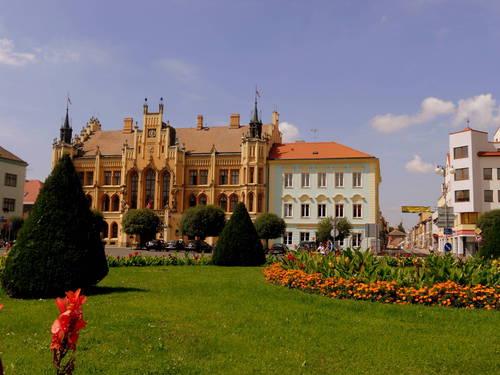 Yellowed photographs from 1870 showing it, what can´t be ever to return, tells about life in New Bydžov lots. The square is crowded crowds of people. Some try to sell something, but most of them have focused their sights towards the Town Hall. If it was a protest against tripping flour, expectations of important visit or rag, which will be discussed later, from the picture is not clear. But what to see at first sight - it is that today's life has moved forward significantly. People in the streets decreased. Also, the community lost somewhere, and of course, not only in New Bydžov.

The reason for joy was always end of summer in this town, when used to be the student rags.  Tradition, which the city later became famous throughout the country, liked many poets, writers and politicians. The original two-day festival, when was elected the goodman and goody, recited the verses, and mainly the people had a good time. Student rag was a kind of image one big drinking bouts, but officially students at the time the next ten months left for education elsewhere, said goodbye after the holidays to your home. If it was just a young from New Bydžov, could hardly but some might be a mass event, which about would wrote the newspapers from all country. To the Bydžov square shape square came people from surrounding towns. 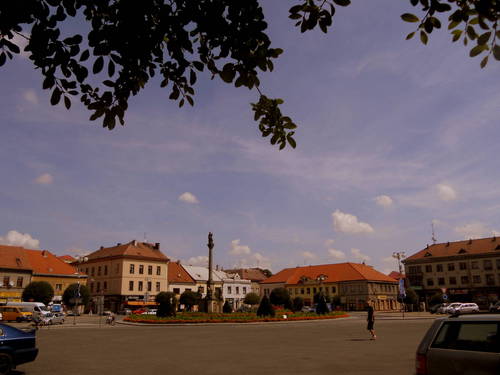 The tradition of student rags logically fell down during the Second World War. With misunderstanding struggled in times of restrictive communist regime. After 41 years long break was arranged similar, but much more modest rag in 1998, the 125th anniversary of Bydžov gymnasium. Another one was in 2005, when the city celebrated 700 years since its inception.

Similarly modest as attempt to organize a once-famous student rag is also present life in the city, even not just on weekdays. Cross the square, which is together with several adjacent streets protected conservation area, which in addition to several landmarks including the beautiful Art Nouveau town hall mainly protects rare surviving medieval layout of the city documenting urbanism, were walked only a few people. 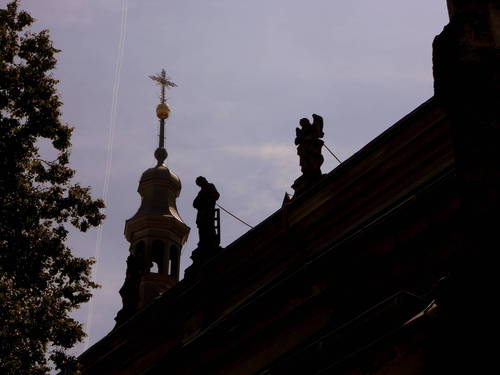 Even though the most of its buildings by its exterior is decorated the city, New Bydžov seems more like a town without soul. At noon in the half-empty town bells sound from Gothic church of St. Lawrence, which stands there from the 14th century. Older lady corrects her time according bell sound, and the cars circling the roundabout and the time when the sun moved to the highest point, does not change anything. Quick, impersonal time, there is now everywhere - also in the New Bydžov. Maybe it's just a point of view of tourist who quickly peered into the atmosphere of a beautiful town under the mountains.

Published: 10.3.2008
The town of Hradec Králové is situated on confluence of Elbe and Orlice rivers. It is a status town in Eastern Bohemia in Hradec Králové Region. The town is cultural and tourist centre of region with more than 95000 inhabitants.