Capuchin crypt and the church of finding the Holy Cross

Capuchin monastery was built beside the church of Finding the Holy Cross in the years 1648-1651, which immediately adjoins the city walls, had an ideal ground

to ensure arise for the Capuchin crypt monasteries typical. What, however, exempts from Brno is that local monks were mummifying, so their bodies preserved to this day. Storing dead bodies was carried out until the Habsburg monarch Joseph II., has issued a ban on burying bodies within the city walls.

Originally, there lay the 150 bodies of monks, but only 24 preserved till today. Among the mummies can be found such as Baron Trenck, a famous figure of Brno history, which is distinguished in the service of the Russian empress fights against the Turks in the 18th century. After that, what Trenck offended the general Löweland, was sentenced to death, but the sentence was eventually commuted to life imprisonment and finally he had the luck to live freely in Brno.

The crypt you can visit in the period May-September:

Constance was discovered only in 2001 under the church of St. Jakub on Jakubské Sq

uare, that nearly half a millennium served as a cemetery. But as the city grew up, the cemetery stopped to be sufficient capacity and in 1784 were due to structural modifications carried the remains to the charnel house built on the south side of the temple. Graves were discovered in several layers one above the other. Due to limited space, in the tombs death bodies was changed. After what rod period ended dead, his remains were laid out and buried in his place another deceased. Some remains of the so-called second funeral deposited in the charnel house which is under the square. One of the passages I lead the church, which connects a large crypt, which also served as an ossuary. In these areas there is tens of thousands bone of dead people. Despite its attractiveness, the ossuary does not serve primarily as a tourist attraction, but is to be retained its character as a reverent place, so access to it will be time limited. 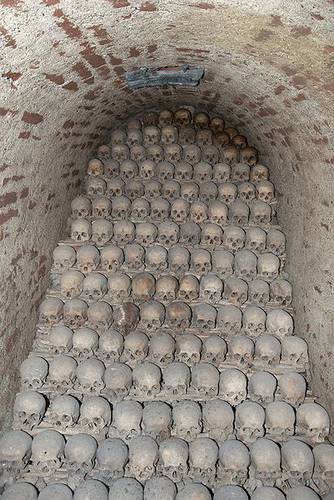 Labyrinth under the Green Market

Green Market, to 15 century for Brno residents known as the Upper M

arket, is one of the oldest square in Brno. Under the houses that surrounded the square, for centuries formed the cellars, which were used primarily for food storage or aging wine in barrels and during the war as a cover. The cellar interconnected then during renovations in 2009, which was unprecedented in the city complex, which became known as the Labyrinth of the Green market. The maze is to scan alchemical laboratory, where visitors can learn about famous doctors in Brno.

Entrance fee is 160 CZK for adults and 80 CZK for students and pensioners. 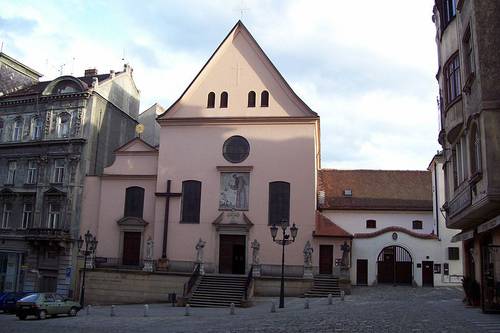