en.infoglobe.cz » Italy, Bari – Coastline Town on the Shores of the Adriatic Sea

Everybody recommends you to take a train when travelling from the airport to the city center, everyone will recommend a train right at the exit. The ticket price is 5 euros and you can pay both the card and the cash. The train goes directly to Bari Centrale. You can also use a bus called a shuttle bus. The ticket costs 4 euros, the bus is air conditioned and comfortable. However, the city's public transport for the euro is the best and cheapest option. The bus is marked with the number 16. The only downside is that it is a classical city bus that builds on multiple stops. 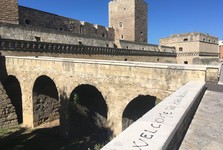 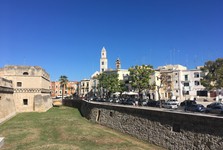 There are plenty of monuments and landmarks in the town. The first is Castle Castello Normanno Svevo, which stands on ancient foundations. This castle was originally a fortress, but it was rebuilt in the 13th century and was rebuilt again in the Renaissance period by adding corner bastions. Admission is 8 euros per person. This castle is also gateway to the old town. The most remarkable monument is the Basilica di San Nicola, which houses the remains of Saint Nicholas. You brought here from Myra (located in today's Turkey) several sailors. On the walls you can see burial signs, the entrance to the basilica is decorated with frescoes with Arabic and Byzantine elements. Even today is destination for many pilgrimages. 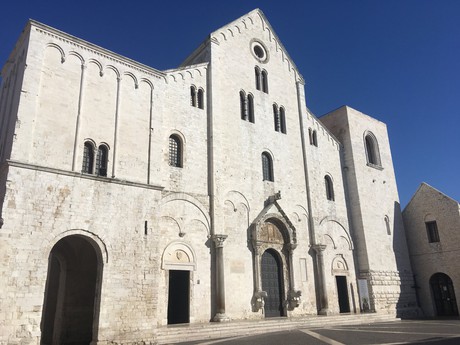 Freshly washed laundry hangs what seems to be every street in the cityl. So it smells everywhere after the fabric softener. After another meters, we come across stalls with fruit or coffee shops. If you feel like you've been through everything, go snorkel the local beaches. Along the coast you will enjoy beautiful views of the city, the harbor, but also the fishermen standing by the county and catching fish. After a 20-minute walk you will be on the beach where you can reap the power to find a good restaurant and shopping. Close to the old part of Bari there is a street full of trendy fashion shops, and there are some cafes around as well. 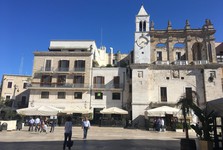 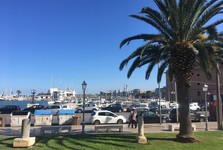 Towards the evening the streets are getting crowdede. Tourists seat in cafes, the restaurants are slowly opening, and people just walk through the aisles. Perhaps all the restaurants in Bari specialize in seafood and there is nothing to be surprised when they are so close. So if you give anything, you will never make a mistake. 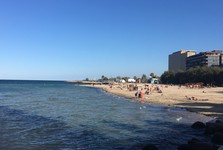 The city may appeal to all kinds of tourists. You can ride on the beach, walk through the historic center, or just sit in the café and watch the events happening around you.

Published: 22.9.2018
Alberobello in the province of Bari is our third stop.