The Liberty style, which evolved in Europe at the time of the Belle Époque, influenced art and design with its plant ornamentality and had a significant impact on the overall character of Salsomaggiore Terme which transformed itself into an oasis of this architecture and design. The style of liberty and art deco can be seen in many spa houses, the most prestigious hotels and private buildings in the city center. It is another feature of this spa gem. 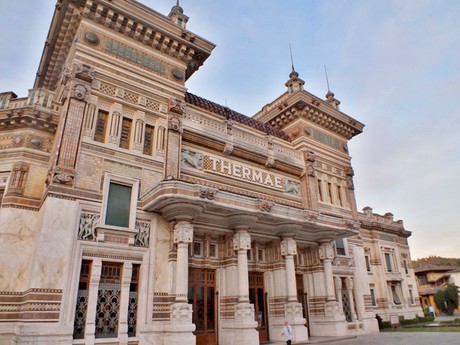 Of all the beauty, the dominant and symbol of the spa town became clearly the Art Nouveau Palace of Terme Berzieri. This magnificent building is also one of the most complex and interesting buildings of the city and is one of the most beautiful in Italy. 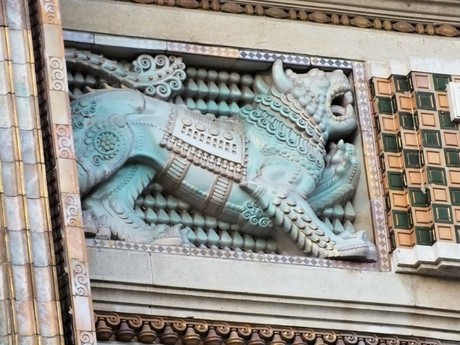 The first spa buildings at this site were built in the art deco style at the end of the 19th century. Though the ancient Romans and Celts have been using local salt and enjoying the healthy properties of iodine-bromine brine in hydrotherapy, the first doctor who systematically studied the therapeutic properties of local natural mineral waters and successfully identified the therapeutic properties was Lorenzo Berzieri. It was the year 1839. This knowledge made the creation of the main spa house named after Berzieri. 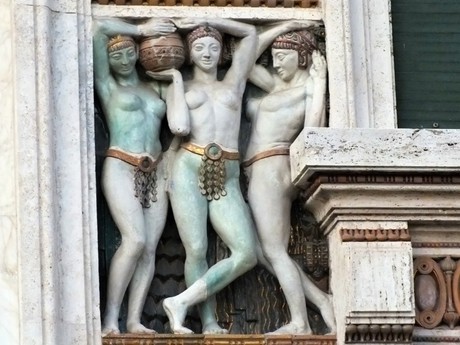 The architects Ugo Giusti and Giulio Bernardino began its construction in 1912. The building was ceremonially opened on May 27, 1923. The luxury spa had to accommodate the demanding clientele and the elite who came here. The palace is still the center of health and wellness that dazzles visitors with its beauty. Here Galileo Chini (1919-1923) created the fascinating decorative ceramic decoration of the façade with the touch of the Far East. Architect, painter, sculptor, Italian-style ceramist of Art Nouveau, Art Nouveau, Galileo Chini is famous for its work not only at the Berzieri Spa but also in the Palazzo dei Congressi. 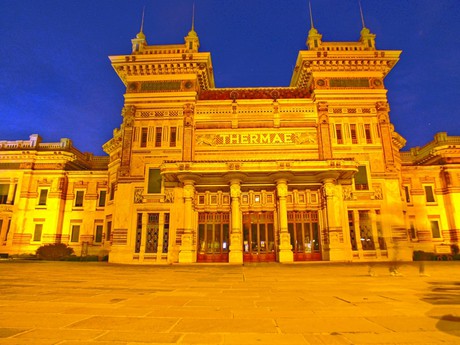 The entire decoration of the facade draws inspiration from dreams, fantastic animals, dancers, slaves and many ornaments. The roof of the entrance to the palace is decorated with lions (Francesco Aloisi). The spa building is also beautiful from the inside, so the visitor to the spa feels almost like a fairy tale. Here are wall paintings and stuccoes (Giuseppe Moroni), a two-aisle staircase at the end of the vestibule or a stucco rosette on the ceiling around the lighting. The sunroof brings brightness to the entire area. At the end of the staircase are frescoes by Galileo Chini. The female figures on the golden background in the magical land of water and plants are probably allegories characterizing the spa. On the front wall is an Art Nouveau fresco by Giuseppe Moroni. 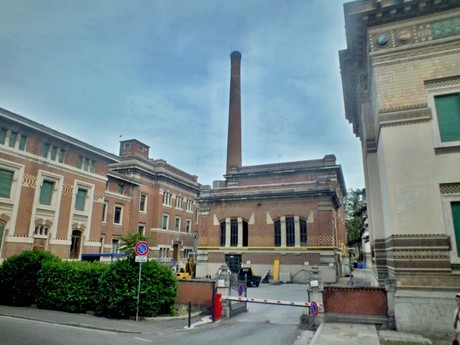 For all this, Chini drew inspiration from his travels. For example, Siam (what is today Thailand) or Viennese Art Nouveau, represented by Gustav Klimt. When we look through the window, we can see that the tables and chairs are empty, no one is sitting behind the piano, there is emptyness and silence as if the spa guests from the beginning of the 20th century have just left. 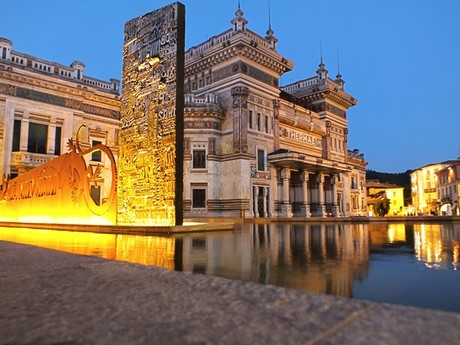 The Grand Hotel 1901 is also the main spa building. If you like exploring and if you are curious about what is behind the beautiful facade of the Terme Berzieri Palace, just go around the corner. Through the gate of the side entrance of the palace, you will see a large chimney, which can awaken in your thoughts how people relax in the heated pools from the beginning of the 20th century. 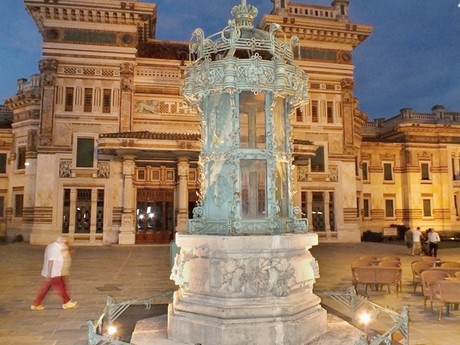 In front of the palace at Piazza Berzieri there is a beautiful artesian well of iodized water drilled in 1864. The Gabbia del Pozzo Scotti well was designed by Giuseppe Boni in 1912. It consists of a concrete base, which overlaps the Art Nouveau cage of glass and wrought iron in the form of branches and leaves. The Well is another symbol of the city and its artistic style. There is also a fountain in the form of a large water surface, in which the image of the building and the metallic inscription of the name of the palace with two lizards are beautifully reflected.

Salsomaggiore Terme is another place in Italy, where the combination of thermal and mineral springs with a wonderful setting make for its visitors wonderful memories.