Cracow, since 1978 written in World Cultural Heritage Survey UNESCO, is taken not only for a „town of speaking stones“ but also for the „town of legends“. You can find here more than one hundred churches and monasteries. The visitor could meet here nuns beautiful as Madonnas or young boys praying in front of St. Stanislaus monument. Just since 900, Cracow became very busy business centre. In 965, the town got its official status, later, since 1000, an Episcopate was founded, and, finally, 38 years later, it became capital of Empire, dominated by King´s Parentage of Piastovs. On Wawel Hill, one of some steep limestone rocks, arising above Wisla-river, the members of this famous Parentage established a castle, where Polish sovereigns were crowned and buried, since 1320 till 18th century. 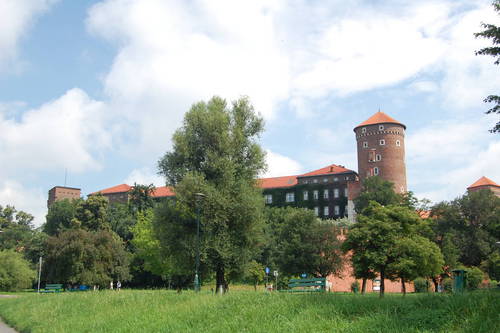 Piastovs´ Parentage did not left Cracow even later, when Tartar troops conquested and destroyed a town in 1241. First of all, during rule of Piastov Knight, and later King, Boleslav V. and his successor, Kasimir III, the town flourished again. New construction boom was effected. On chess ground-plan, on surface of 200x200 m dimensions, there was founded Rynek (Market). In 1364, there was established the first Polish University in Cracow, where famous Nicholas Kopernik held lectures for certain time. Within 14th century, the town joined Hansa Union. Anyway, Cracow was, as reloading place of stoffs, so much demanded, that its Gothic manufactories and reloading places became some „cathedrals of business“. The streets were planned with great sense for proportionateness. Even now, the visitors are surprised to have the possibility to admire elegant houses as well as the unity of its style. Much money into equipment of churches were invested. So, you can find here the greatest altar of Europe (dimensions 11 x13 metres) with 200 gilded figures made from linden-wood. All this splendour was created by Italian builders and painters. They changed Cracow into jewel of Renaissance. 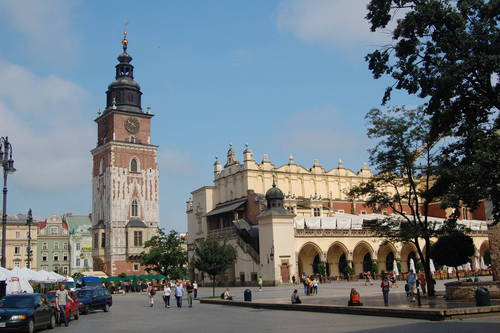 In 1596, King Zygmunt III. chose the town of Warsaw as his new metropolis. Nevertheless, Cracow decided to be as cultural metropolis of the country. Anyway, the Jews had remarkable share on this cultural swing. Since Middle Age, they were willingly welcome. So, they colonized their own quarter Kazimerz, since the end of 15th century. Just on this place, there lived the biggest Jewish community of the Europe at that time, till 2nd World War period, when the Nazis transported 65000 persons of Jewish origin into near concentration camp Oswiecim-Brzezinka. (Auschwitz). Slowly, after years of oppresssion and injustice, the Jewish culture returned back. Nevertheless, Kazimerz Quarter (where producer Stephen Spielberg made a film „Schindler´s Survey“) is town´s quarter again, and typical music „klezmer“ could be heard from here each evening. 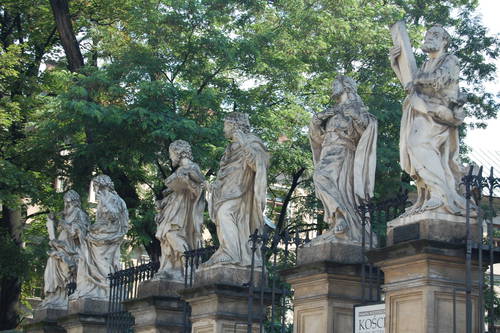 Who wishes to look Cracow in detailed way, he could have a stop on some important place and devote to their thoughts. So, he could follow old King´s Way, leading from Florian Gate, via Florian Street (you find here special shops with fashion and silver, including many confectionery shops) just to Rynek Glowny (Central Square), with many coffees. Along stages of Adam Mickiewicz monument, (national writer and poet), the youth are sitting, and in front of it, the square, there is filled with a crowd of people on flower market, whereas several musicians, dressed in coloured costumes, play their musical instruments nearby. Through Grodska Street, you continue ahead to Wawel Castle. This building is arising, together with chateau, church (dome) and several other constructions, over roofs of the town. The visitor does not feel tired in Cracow at all. It is from the reason that some high spirit is functioning here. Maybee, it could be caused, by vicinity of High Tatra Mountains or several people who could be taken for population of South of Central Europe. Except of this, nearly 50000 students get the town into movement. On every place, you can hear a music and several harlequins in streets could fascinate you with btheir bizarre faces. In the evening, the people visit many vaulted cellars, and you can hear mostly jazz or cabaret performance from here.