Finally at around 3 p.m. we walked across the airport to get through all those security checks. To our surprise, any didn't last more than five minutes. We needed our visa, passport and know the number of the flight at the first check. If you are not relatives you need to approach security one by one. Soon you must look into a videocamera, get two stamps and follow through to the cabin baggage check. Then you go to pick up your luggage. Here come the troubles. Some delivered luggages don't have an owner or some which do don't arrive at all. This happened to us. When something like this happens go to "lost & found". Here, however, you must expect typical Cuban services. First you wait until somebody comes. It doesn't matter that there are many other people hanging around. Then begins long ordeal of filling the forms with every unlucky passanger. If you are lucky they can find out where your luggage ist by your flight ticket. Then you just need to pray to see it before it is too late. Fortunately, ours would be delivered on the second night of our stay there. 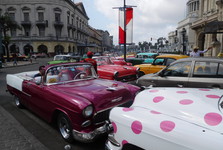 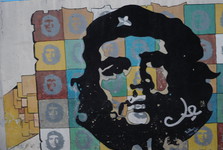 Once we left the airport, a crowd of Cubanese surrounded us. They were all willing to give us a ride or provide us with accommodation. Eventually, we made a deal with one taxi cab driver to get us to the exchange (visit only those marked Cadeca and change euros which are not subject to a charge unlike dollars) and then to the place where we would be accommodated. This all for 30 CUC (convertible pesos). We stayd at Helena's place, a lady who had been living on Cuba for many years. She is one very pleasant and hospitable lady who gave us many advice helpful for our travels across the island. 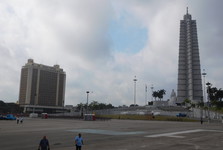 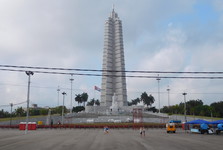 We set off to downtown on the very next day. We paid for a tour bus (10 CUC which is about 200 CZK) as adviced by Mrs. Helena. You can then use the bus for an entire day. Our tour began at one of world's largst cemeteries – Cementerio de Cristóbal Colón. Tourists are subjected to a fee of 2 CUC. However, this is truly worth the money. the main gate and some tombstones are nothing but spectacular. Plaza de la Revolucion was the next thing on our itineary. The place was quite awesome for its communist look. And it can hardly be considered an architectonic gem. Formerly, many political rallies were held there to support Fidel Castro and other important public figures in the country. The main feature here is a 109 meter marble memorial to José Martí, a Cuban national hero. Two important faces of the Cuban revolution, Che Guevara and Camilo Cienfuegos, look down from the buildings of the ministry of interior and the ministry of communications respectively. 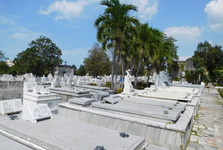 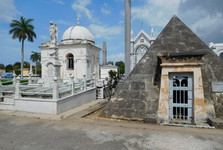 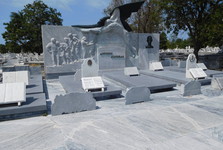 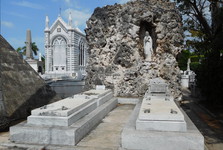 Goign further to downtown Habana we were suffocating in local air. Exhaustion pipes of beautiful American cars and trucks streamed black smoke into the air. This had a negative impact on our overall experience with this city. Apart from problems with respiration everybody became dirty quickly of all this smoke. People with allergies should avoid Habana at all costs. It is really bad here. We passed Habana Libre high-rise apartment building which is not attractive to Europeans at all. However, it may be interesting for historians. Cubans somehow love all hotels which are at least a bit luxurious. They love to boast with them to tourists (as we would experience on the following days). Then we finally reached the core of the city. We got off the bus at formal government building – Capitolio de la Habana, the Academy of Sciences today. The building looks very much like the Capitol in Washington D.C. It is listed as a UNESCO-grade site. 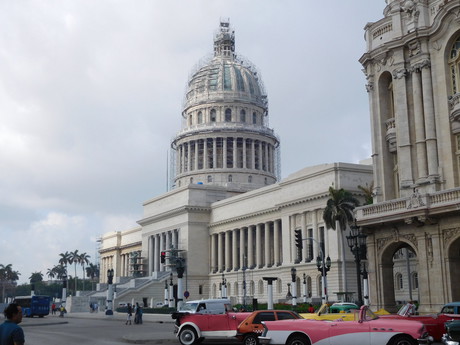 Next Saturday we will bring you another article about Havana.

Published: 21.12.2019
Today, together with us, you will set out on one of the most popular trips in the Dominican Republic, namely the tropical Caribbean island of Saona, which belongs to the del Este National Park. It is about an hour's drive from Punta Cana, the rest of the way by speedboat. You can also choose Czech guides who have lived here for several years. The trip is all inclusive, so the price inherently includes the possibility of consuming local rum, soft drinks and meals throughout the day.