Original colonization of the town comes into pre-historic time period. Nevertheless, today´s character of this area started to be formed in couple of centuries later. Salesberie Castle which was built

during Normans´ rule time period, gave a name to this place. So, today´s name „Salisbury“ has its origin in 1086.

Between 1075-1092, there was constructed by Bishop Osmund, on a hill in neighbourhood of Salisbury, a Cathedral. Later, in 1120, its enlargement was effected. Nevertheless, shortly afterthat, a dispute among clergy and soldiers broke out, and as a result, a decision came, to transpose the building to another place.

So, Salisbury Cathedral was constructed just in 1220, on a place, known as New Sarum. The building was started by Bishop Richard Poor. Its central part was terminated within 38 years. It is taken for top work of old English architecture. Anyway, it is an interesting matter: the tower, 123

Inside the Cathedral, you can admire one real jewel. It is great mechanical church-clock, installed in this place just in 1386. As far as its age its concerned, it belongs probably to oldest preserved mechanical church-clocks in United Kingdom. To next real temptations for visitors, it belongs preserved copy of  Magna Charta, most important document of English history.

Old Sarum is a place, where the original Normans´ fortress was situated. Later, in 11th century, the first Cathedral was constructed here. When  the Cathedral was transferred to another place in 1220, Old Sarum started to

fall to decay subsequently. The houses, which were placed here, were taken to pieces and used as new building material for today´s actual town of Salisbury. Nevertheless, the excursion towards Old Sarum Hill is unforgettable.

This view around offers extraordinary look on complete town of Salisbury, including its Cathedral, and also views on rests of Romanesque Castle and outlines of original cathedral, which was situated there.

Salisbury belongs to those towns, maintaining (keeping) old cultural tradition. One of greatest events of the year, there is, for sure, very popular Salisbury International Arts Festival. So, at the beginning of summer, the town is overcrowded with visitors, who arrive to listen to concerts, to see exhibitions, theatre performances and world first nights. Anyway, unique spaces are being used in the whole area of Wiltshire County - from Cathedral up to Stonenhenge. Even Lantern Parade belongs to further important events. 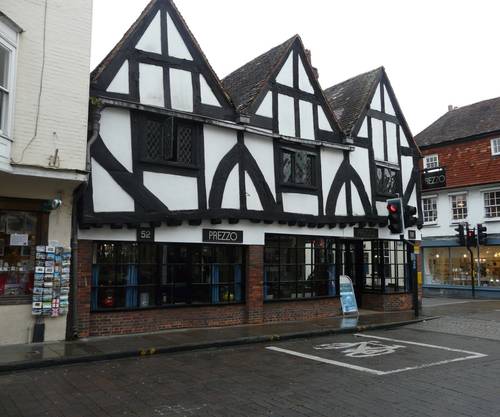