Just for a while we stop in Maidstone, Kent, where a beautiful village is located, Sutton Valence. It became our home for a while. It is surrounded by fields, small or large farms, beautiful meadows and amny pathways that lured you for a romantic walks. One of them headed to a water castle , Leeds Castle. It is one of the most visited sights in England. 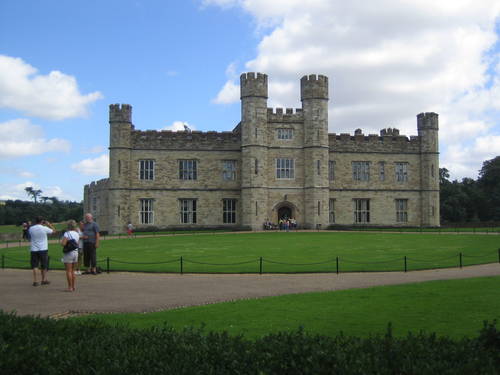 Medieval Water Castle, Leeds Castle
Ancient water castle known as Leeds Castle lures vast numbers of tourists every year. They come from all around the world. It was built in 1119. You can find it near Leeds village (keep in mind it isn’t the same as the city of Leeds located several hundreds kilometers away). It was built in the middle of the lake that was created by the Len river on place there already two centuries before the castle was built there was a stronghold. As it is common in case of other castles, it had many owners that suited it for their purposes. Thanks to this, the visitors can admire not only majestic lookof this beautiful castle but also a unique historic interior.. 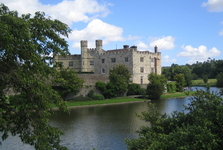 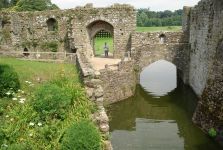 A guide tour without a guide

After buying a ticket we received an info leaflet in various languages (Slovakia missed, however). We had learned interesting facts on its history and other interesting details we could admire in its chambers. They are absolutely not used to have some guides there as we are used to at our castles. Maybe, people who want to learn historical facts would be disappointed but we welcomed this and we happily walked freely through the castle and adjust the tour to our desires. At first, we considered entrance fee being too high until we found out that you can buy a extended ticket that is little bit more expensive than a daily ticket . During this period that could take even several months, we visited the castle numerous times. Because we lived about an hour by walk from there, we used this on numerous occasions. Fabulous picnics and romantic walks in the castle park are still present in our memories. 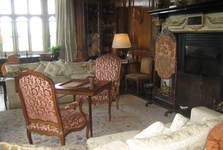 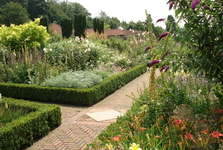 Opening hours and ticket Prices are HERE.         Photogallery of Leeds Castle is ZDE.

Castle grounds and its nooks
In addition to the castle we were enchanted by the colorful garden and a huge park full of beautiful trees, shrubs and flowers of all sorts, who worked on romance like a caress your soul. Many Englishmen, but also foreign students or seasonal workers come here in droves for an enjoyable picnic, which we very quickly got used too. 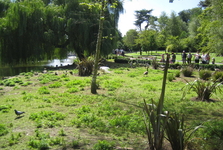 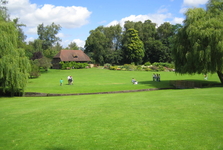 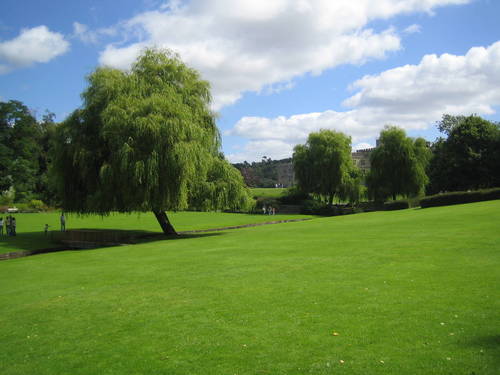 However, this is far from everything Leeds Castle can offer. In addition, the vast amount of birds that are free to live in the park. You can admire them there. Not only exotic birds find home there, but also a variety of endangered species. In particular, families with children were able in these parts of the castle grounds spend hours. Another unique feature that attracted not only children but also adults, is relatively large hedge maze from which it was not easy to disentangle. First we had to get a smaller mound in the middle, from which we could see an interesting perspective on the world around. Parents here have a habit navigate their wayward offspring, because the paths in the maze sees at your fingertips. Out of the maze we came across a man-made cave adorned with interesting mosaic of white and black swans, as well as illuminated fountain in the form of monsters. 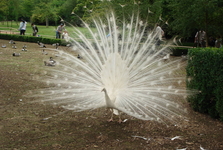 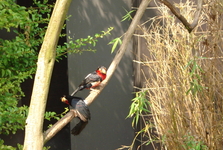 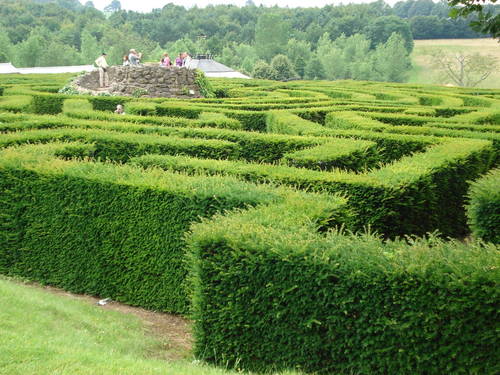 There are many other attractions at the castle. For example, a view from a hot-air balloon tightly attached to the ground. Or there is a cable way for more adventure types. Also, you can find there a golf course. In the course of year, there are regular social cultural, or sport events.