London, once a metropolis of powerful empire remains an important

city in the world. Not only for its financial sector but also for its tourism. There are many landmarks that would deserve articles by their own. Today we introduce you to the British Museum . The museum is dedicated to the history of mankind and its culture. Its collection is the largest and the most complex in the world.

Na začátku 19. století začalo jeho velké rozšiřování a dominovaly předměty ze starověkého Greece, Říma a Egypt. The museum’s exhibition are expanded. It was initially designed as a monumental, neoclassical building that was supposed to contain growing collections. In 1857, for instance, the Reading room was opened. Today you hardly find there any book, yet before there was more than a million of them. The Reading room has been another exhibition grounds since 2007. 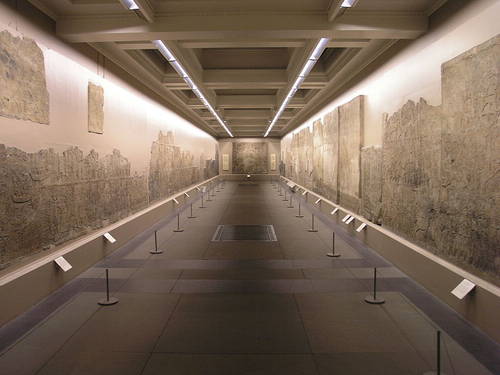 In 1882, museum joined the Association of Egypt Exploration. The association made a tremendous discovery in 1897, as thousands of everyday articles were found, including jewelry.

Collections had been growing out of proportions and it the beginning of the 20th century it was clear that the contemporary building was small. It was extended to area where dozens of houses were bought at first. The museum got its present form then. Today, there are about 13 million items. In 2013, 6.7 million people visited the museum, a record by far. And one is little surprised about this fact. 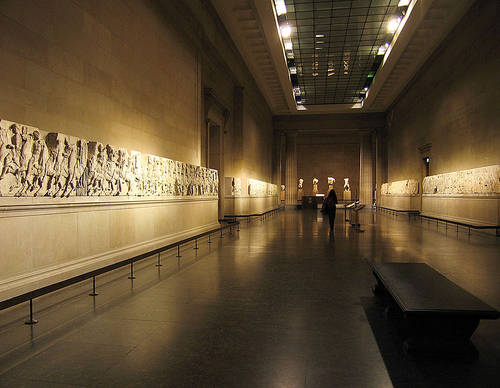 Exhibitions in the museum are very interesting. One of them that takes place right now until January 11, 2015 is Pilgrims, Healers and Wizards. It displays objects mostly from the 18th century from Burma, Thailand. It documents how various religious rituals were conducted.

Another exhibition is Witches and wicked bodies that is going to be there till mid January. It shows the way how witches were depicted in art since Renaissance until the 19th century. Included are the works of Dürer, Goya, Delacroixe or Dante. 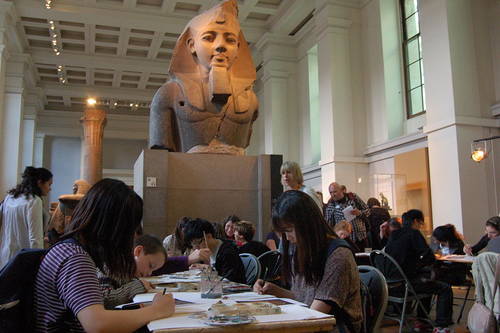 Although, one day is not nearly enough to see everything (admission is free), every visitor to London should visit it.