en.infoglobe.cz » Gibraltar – To See Monkeys in the South of Europe

The word "strategic" perfectly fits Gibraltar. It links two continents and the Mediterranean Sea and the Atlantic Ocean thanks to the so called Strait of Gibraltar. It has only 45 kilometers across at its widest spot. Therefore, Gibraltar's economy lives from finances, trade, and tourism. 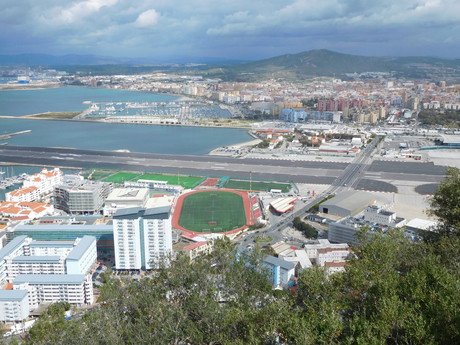 As for tourism, around 7 million people visit Gibraltar each year. So what is that tempting about it? I dare to say it is the monkeys, to be concrete– the Barbary macaque . Where else in Europe can one see monkeys moving freely around. Gibraltar is quite a busy place. There are loads of cars and sometimes a plane lands. You need to climb to see the macaques (you can use a cable car as well) to a nature reserve. It is situated at the Rock of Gibraltar. This limestone massif used to be a fortress. Nowadays, it is known as the living place of about 250 macaques. 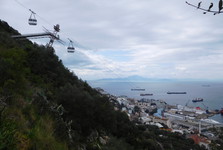 Once you enter the reserve, you get a small map. The location where monkeys live is marked with a small arrow. They mostly don't live across the whole reserve. We spotted them on the Arab stronghold's walls. The stronghold is called the Tariq rock. The monkeys stay at their food the which park rangers give them. Tourists are not allowed to feed the monkeys! If you go by the feet of the Gibraltar rock be aware of high traffic. A tourist van will pass by you on a narrow road every minute. This spoils the place's atmosphere. However, the splendid vista is going to make everything all right again. 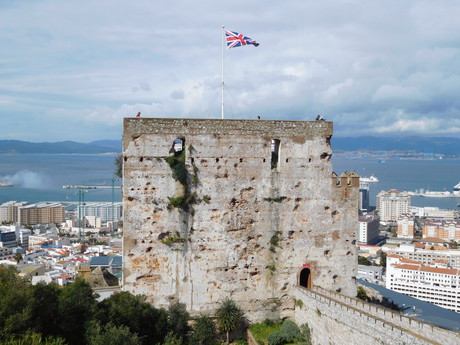 Macaque babies are playful and happy. One can unexpectedly jump on your shoulder when you least expect it. A ranger will immediately pay attention to you. He will allow you to take a quick picture and then drive the monkey away for security reasons. There is a possibility that you might loose your earrings or hair. The experience is, however, priceless. 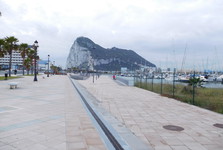 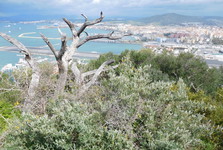 What else can you do there? You can order the English classic at any restaurant - fish and chips. There are typical red telephone booths in streets. Gibraltar has its own post office. I recommend you to send one postcard from there at least. Thus, you will get a rare piece for your collection. You can pay with pounds and euros as well (however, prices are slightly higher). Any money you get back is Gibraltar pound, the local currency. Credit cards can be paid with at souvenir shops and restaurants as well. 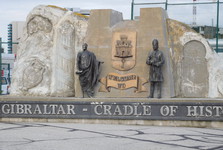 To sum it up - it is a beautiful one-day trip where you get great impressions. I recommend to visit Gibraltar while in Spain or Morocco.