This strategic area is an important link between the Mediterranean Sea and the Atlantic and also links the European continent with the African one through the Gibraltar Strait. You may wonder why it is not Spanish territory. For the answer, you would have to "go" until 1713, when the Utrecht Treaty was concluded, forcing Spain to leave the territory of the United Kingdom after the lost war. By 2006, it was formally a British colony, but after a referendum approved by the Constitution, local residents gained autonomy and full territorial administration. The British are now only in charge of international relations and defense. Several referendums on joining Spain have ended unsuccessfully, but the endeavors to join them continue there. 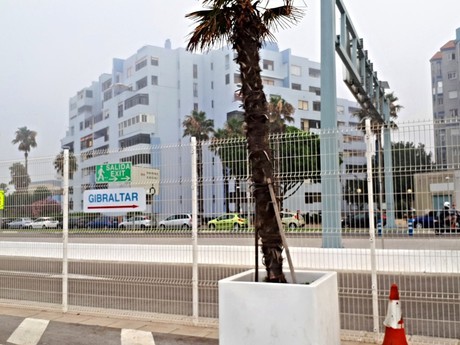 When we leave the political question aside, Gibraltar offers a truly amazing piece of land. The dominant feature is the Rock of Gibraltar, reaching an altitude of 426 meters. You can climb to the top by funicular, but also by taxi. The road itself is interesting. We were stuck in a column of similar taxis, a lot of people were moving around, and with the rising altitude we started to have quite annoying "buddies". They were local monkeys - macaques. It is the only European monkey colony. They are quite intrusive and they like to steal some snacks or luggage. However, for the locals they are a symbol. It is a legend that the Gibraltar will be British until the monkeys live here.

On top of you, you can enjoy views of the sea, harbor, cargo and cruise ships, the African mainland in the distance, as well as the surrounding countryside. After a short contemplation, we visited Tárik's Rock, Underground Tunnels, the Museum and the Windsor Gallery. You will also find an historic cannon placed under the reign of Queen Victoria. We also visited St. Michael's cave with a beautiful stalactite decoration, illuminated by colored lights, which is occasionally used for concerts.

You can see here a relatively new tourist attraction in the form of Hercules' pillars, which are close to the old and modern world. They are complemented by embossed maps and information tables that tell you that in modern times, Gibraltar is known as a major tourist, business and financial center. In ancient times, Gibraltar was considered to be the end of a known world as well as a religious shrine - the gateway to Hades (the Greek god of the underworld). 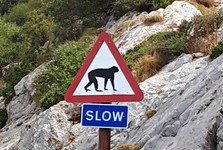 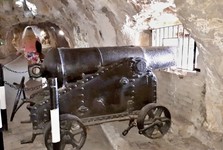 The red table on the massive rock, which testified to the attempt by the 500-member Spanish Army to capture the adjacent area, or multiple inscriptions pointing out the aggressiveness of local monkeys, was also interested in us. We even discovered the traffic signs - watching the monkey, slowed down. 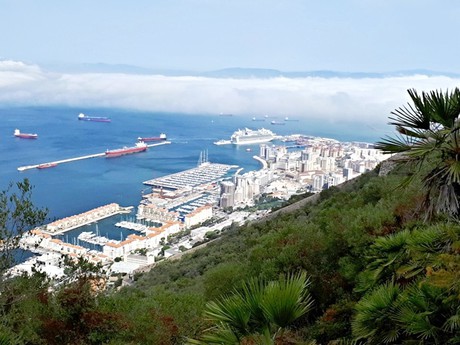 We learned from the book guide that Gibraltar does not have a drinking water source. It therefore uses rainwater collection and reverse osmosis, which is the process of desalinating seawater and its conversion to drinking water. Another unique feature is the traffic lights with traffic lights, where regular road roads cross the international airport runway. Gibraltar is also the site of the first skull of the Neanderthal before the famous discovery in the German Neanderthal Valley. And the local currency is the Gibraltar pound. Of course, you can also pay British pounds. 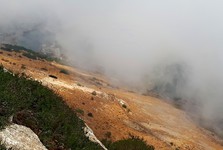 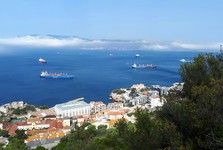 In one day, we managed to climb to the heights, to descend to the sea, to visit the underground, to touch nature and to learn many peculiarities. Gibraltar has amazed us and we are happy to come back here again.