I hitchhiked and an Argentinian guy named Martin stopped for me. His is nice. Not only he showed me Cadiz but I even didn’t have to drag my backpack. He offered me to show me beautiful beaches and lighthouses south from Cadiz. 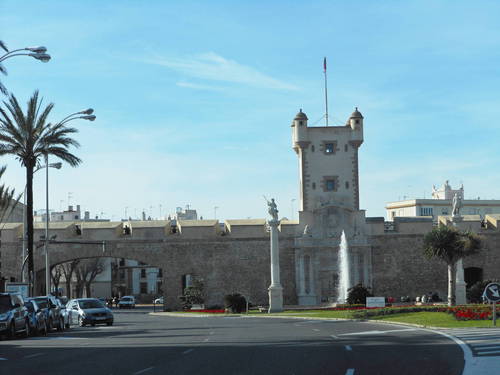 We enter along a ten-kilometer neck of land that stick outs above the waters of the Atlantic just like an old shipwreck. The sea is omnipresent and you can smell the salt and humidity in the air. It is not hot in there. In Seville, I felt dry breath of Sahara yet there the ocean rules. So it is very fresh and nice. From here, once three famous ships bearing girl names set sail as the part of Christopher Columbus expedition. 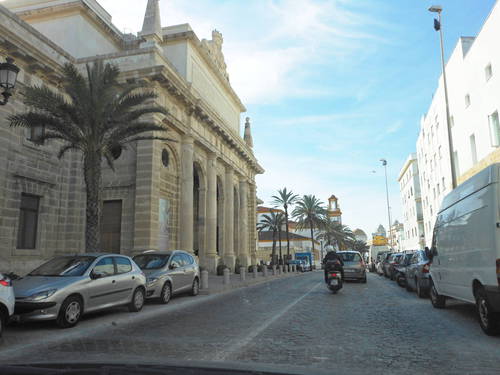 Cádiz lived from Seville’s overseas trade monopoly. In the times of the Bourbons it had overtaken the monopoly. Its development was interrupted by English fleets invasions when the port was burned down.

The city is 3 000 years old. In 11th century B.C. Phoenix sailors reached the area. It was the territory beyond the end of the world, beyond the straight of Gibraltar. The Phoenicians founded there a trade port and called the town of Gadir, meaning the fortress. It was fortified with an ocean and steep limestone rocks. It should be the oldest living city in Europe yet it certainly doesn’t seem so. It is too playful. It reminds one of a sailor in an inn. 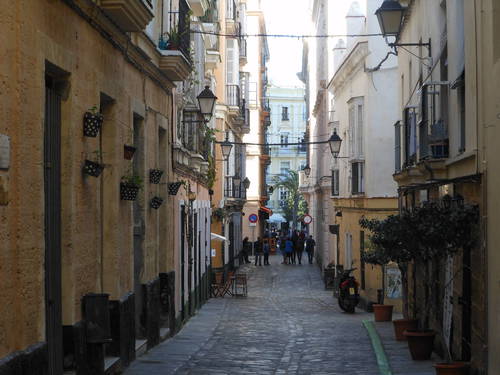 South Spaniards love noise in the style of “I scream therefore I am.” You hear Babylonian proportion of languages, laughts, screams, rings, crazy argues, crying of an infant. The city doesn’t need a lighthouse as it is loud enough to be noticed in the open sea. People of all ages fill streets, squares, they stand, walk, and return, all in perpetual locomotion...

The highlight of my visit was Catedral de Santa Cruz de Cádiz. It is different than others. It looks more like pagan temple of Artemis. It has monumental columns and captivated my interest for its monumentality. 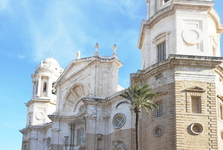 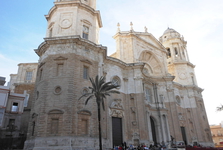 And this was all we could have seen so now we headed to beaches south from Cadiz which are really wonderful. We pass by a lighthouse located on a peninsula that runs into the sea. We visit another beach on the following day… It is simply wonderful there. We would spend there almost entire day…... 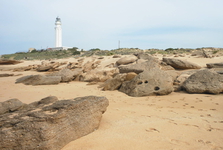 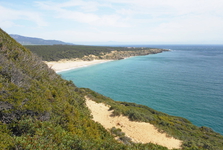 Published: 7.12.2018
Today we head to Andalusia. There we will take a look at the so-called Pueblos Blancos, or white villages that carry the charm of the ancient Moorish times. These small small villages are known by white houses typical of the Berber architecture of North Africa, a region that is home to the Moors.