The city looks scorched. then I just walk uphill in narrow sreets to find other walls and fortification of houses and palaces. There are cities in the world which a traveller should enter slowly, ceremonially. For instance, one of them is Toledo. 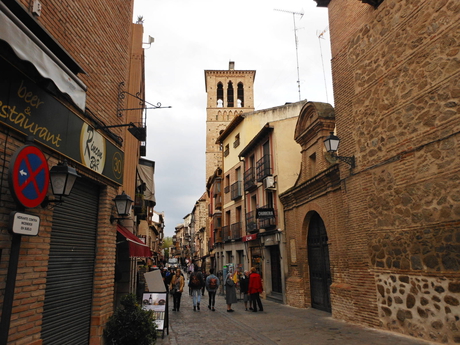 Cuesta del Alcázar street is the only straight street in Toledo. I was fascinated by Calle del Comercio, a wide market street which leads to a cathedral. Luxurious goods like oriental jewelries, expensive cloths from Damask or Chinese silk, Kashmir wool, ceramics from Mallorca, and famous Toledo swords and daggers, the best in the world since the Visigoths times. 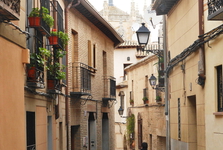 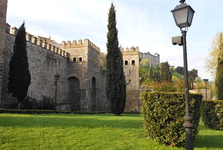 The cathedral is Toledo’s pride. It belongs to the trio (with the cathedrals in Burgosa and Sevilla) of the most beautiful cathedrals in the country. It is beautiful but isn’t it bit asymmetrical? Instead of south toer there is a chapel with Baroque dome built by Goya’s son. The façade seems unfinished like something held it from taking off the ground. Why the gable leans backwards? Well, it is simply the Spanish variation of Gothic . 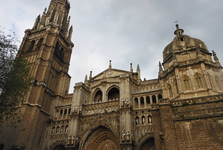 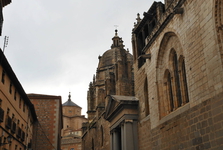 The most beautiful thing about Toledo? The whole of it. Its location just above the river, its high density around the cathedral and the streets… The streets seem worn-out like a poor widow thinking about better times. There lies melancholy, the city seems to rust still beautiful, though. I pass by Cristo de la Luz church, originally Arab mosque Bib Mardum. Compared to the mosque in Cordoba seems simple, like an accord and a symphony yet this accord is clean, melodious. Arches on four Visigoth columns in the middle of a rectangular brick structure covered with nine domes. 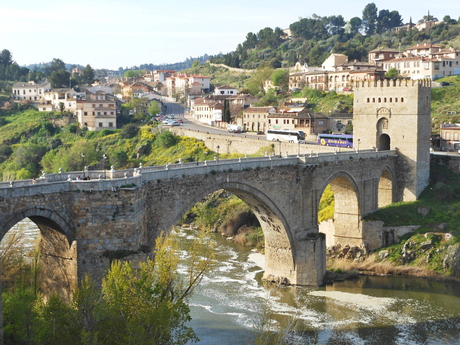 And now it is time to move on. I look at the town one more time trying to remember it forever… And now I am heading to Madrid. 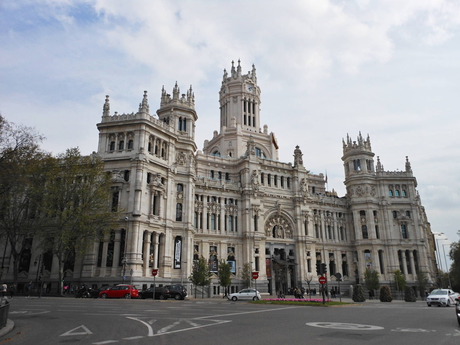 So I arrived at Madrid. I find the accommodation 200 meters off Plaza Puerta del Sol, i.e. in the city center. Perfect. Madrid became thanks to Philip II the capital in 1561. There is no beautiful river nor mountain or a hill. Strange that the kind chose this particular place. Still, he created vast gardens with charming arcades, squares and lakes with fountains at least. 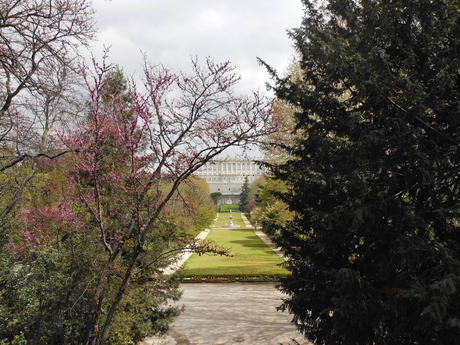 Fom Plaza Puerta del Sol I go to the beautiful Palacio de las Cibeles that looks like a palace of a queen but actually there is a post office! Then it is very close to Parque del Retiro (a park of relax). There is a large lake with statues in the middle. People can lend boats and enjoy sun and water. It is very nice in there. In park’s rear there is a palace of Velázqueze and also the Crystal Palace with a fountain in the middle. A man playing saxophone enhances local atmosphere …