en.infoglobe.cz » Spain, Ávila – The Town of the Nobles II

From the last part, we know that the city is surrounded by well-preserved walls. They are considered to be the best preserved in Spain. When the city was once again conquered by Maury, it had to be fortified. That's why, in the last decade of the 11th century, massive walls were built, 12 meters high and 2.5 kilometers long, which surrounded the whole Avila. Additionally, there is a defensive tower every 20 meters. The entrance to the city consisted of nine gates. Numerous of them used stones from the times of the Roman Empire. 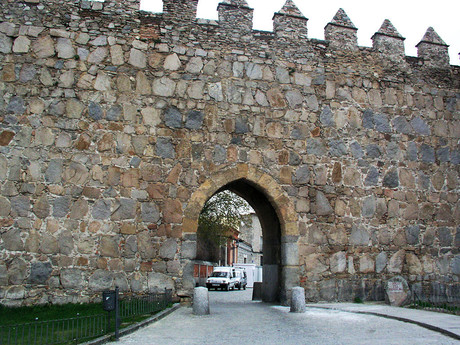 We will also take you to the Dominicanmonastery of Santo Tomas, which lies outside the walls. The surroundings are very pleasant and quiet. The Monastery of St. Thomas was founded in the early 1580's with the support of Ferdinand and Isabelle of Castile. It has a rough outer façade and the interior is up to the altar with scenes from the life of St. Thomas Aquinas and the choir the decoration of which has the same spirit. 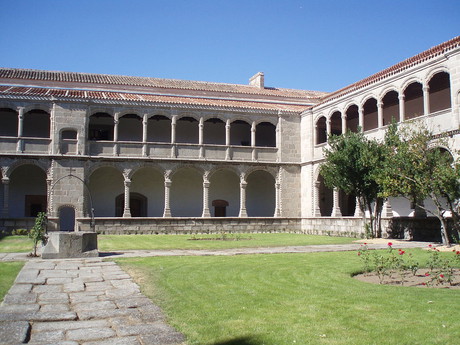 The highlight of any trip trip to Ávila is clearly the cathedral, the oldest Gothic cathedral in Spain. This sacred monument is probably the most visible and easiestly recognizable building in Ávila. It is basically integrated into the city walls, so if you go on a tour and on your own axis, you will surely miss the cathedral. By the way, one of the apsid once served as a turret. 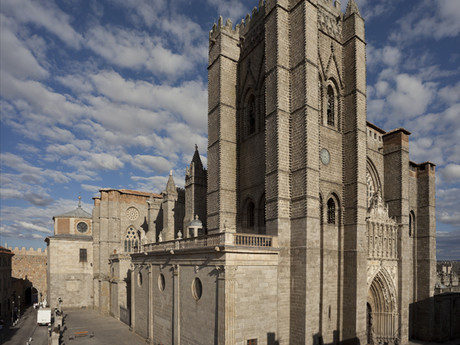 The construction of the cathedral began at the end of the 11th century. It was originally in the Romanesque style, but work that has been going on for hundreds of years has also brought about changes in architectural style. When it was finished, she was wearing the elements of the then popular Gothic style. 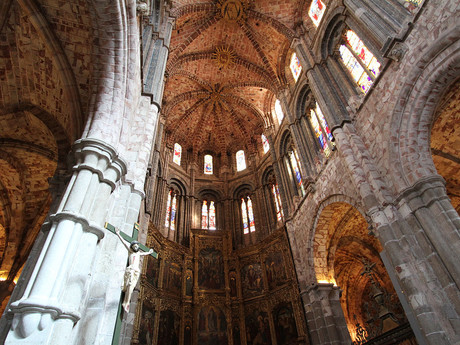 From the first point of view, the Avila cathedral, whose granite structure was used, will probably look to you more like a fortress. The inside of the cathedral is, however, worth the attention. For example, note red and white granite, which is a remnant of early construction work, 15th century stained-glass windows or a Plateresque altar, rich in décor typical of the Early Renaissance architecture, bearing Mauric, antique and gothic elements. 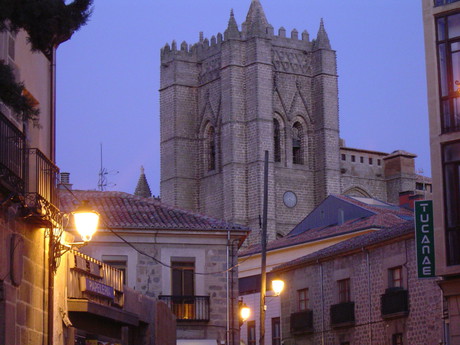