Atlantis can not be found on any official Ibiza maps. It was discovered by hippies and many try to find it. We did not do it for the first time, but for the second time, we were more successful. With mythical Atlantis, this place has nothing in common except the name. It is an old quarry at the foot of a cliff opposite Es Vedra. However, getting to this gem gets easier on the way back as you walk 30 minutes downhill, where you have to stop, and then you go about 40 minutes back up. I definitely recommend to have solid shoes. Already on the way to Atlantis, you will experience a very spiritual atmosphere in the form of stones made of spirals, mounds, various statues and sculptured heads into the rock. 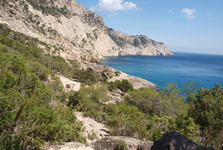 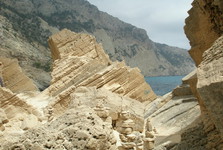 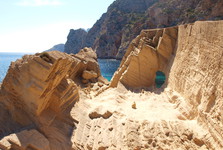 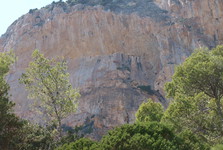 There are even some paintings on the rocks. One can keep his eyes on it. As we descended a bit below, we turned back and looked at the great rock we had been going through before. When we were finally downstairs, we put down our backpacks and went for a bath. Bathing can be done either in artificialpondsorinthesea. We have chosen the sea. After such a difficult descent it was very refreshing. On the way back we decided to climb on the rock (do not do it without equipment), we stared for a moment and went on. 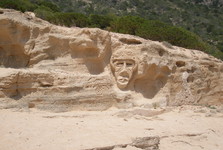 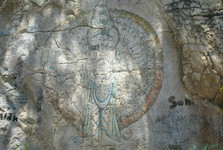 Our next stop was the Ses Salines National Park. On the way, however, we came across an interesting place that we swiftly passed through. Probably some hippies live here. They created beautiful statuettes and various altars here. It was a very mysterious place. But to not to disturb anyone, we just made some photos and went on to Ses Salines. The National Park is located in the southeastern part of the island and is unique due to its unique ecosystem. 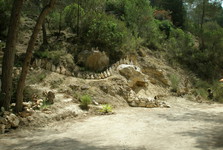 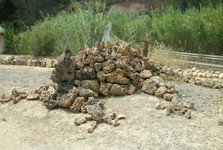 The park has been a UNESCO World Heritage Site since 1999. This locality is characterized by rich fauna and flora and includes the south of Ibiza, the island of Formentera and other small islands between them. Here are salt panes or saline. So salt has become one of the most important industries for this island. Another interesting attraction here is the Beach of Ses Salines - a sandy beach lined with dunes and pine trees. On the way here we find various rock formations that create the atmosphere of a private beach. There are also lots of bars and dance floors here. And the atmosphere is complemented by aircraft that are just a bit above you. 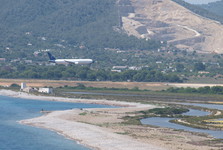 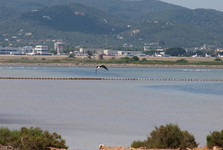 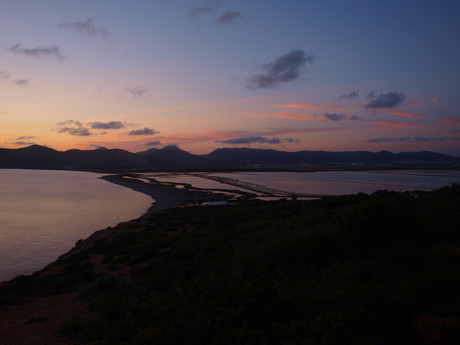 Ibiza excited me very much for its reckless atmosphere. At every corner there is some curiosity and a completely different life. The city lives with music and spectacular discos such as Pacha and Amnesia, while on the beaches you enjoy the sunset again. There's just something for everyone here.

Spain, Ibiza – The Capital of Eivissa and a Trip to Formentera Island

Published: 14.7.2018
Ibiza is an island in the Balearic archipelago with an area of 571 km². It is the eighth largest island of Spain and together with Formentera Island is the main part of Illes Pitiüses (Pine Islands). Ibiza is an island full of fun, never-ending parties and lively life on both beaches and towns.

Ibiza, Spain is famous for its lively parties, nightlife and clubs. But it is also the ideal plac...