en.infoglobe.cz » Spain, Granada: A Blink to the Eternal Silence in the Alhambra I. 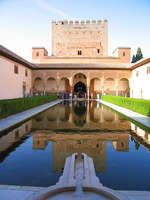 Because if he hadn´t know this multifaceted region of Spain region, , why would it be that he advise us to «live in the sunshine, swim the sea, and drink the wild air…»? Definitely, he would have been very happy in Granada, a province that claims his place in the world from earth, see and air.

There, where the temperature of the Sun reaches its peak intensity and where the fieldworkers of whom Miguel Hernández wrote about cultivate their lands, Graná, the name by which this city colloquially is known, keeps inside treasures that await to be discovered. Located in the Spain´s smallest littoral, the Tropical coast remains safe from the cold winds due to the protective effect of Sierra Nevada, enjoying an unique and very popular climate. Sierra Nevada.

Additionally the capital city of the province 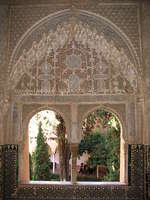 with the same name, Granada, constitutes a jewel where one will be able to find himself or, who knows, to get lost in the labyrinthine of its narrow streets..

«When the dark night seems endless, please remember me, please remember me» sang in Granada the Canadian composer Loreena McKennitt. But it is not darkness precisely what awaits to the visitor in this city of barely 234.000 inhabitants.

Being an Andalucian province, land of olive trees, sunflowers, windmills and, why not, golf courses, it is characterized by the absence of rainfalls, being this not an excuse for the gold-coloured fields to stop shining with authenticity and force.

Its Alhambra, a palatine city, a christian Royal house, a general captaincy and a military fortress all together in one, gives testimony of its reputed name by which was declared a monument in 1870, enjoying later the sweetness of being elected as a World Heritage Site in 1984. 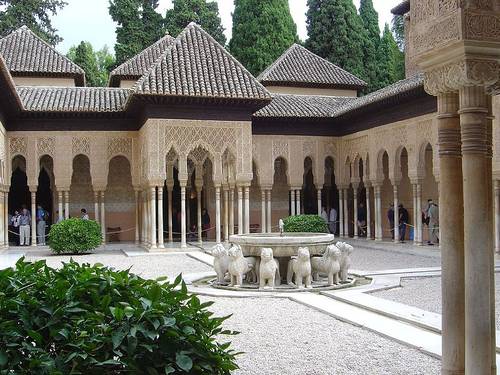 The Alhambra is not just a conglomerate of buildings interrelated among them but, moreover, constitutes a true and genuine city, whose walls are interweaved with those of the city that keeps its architecture safe. 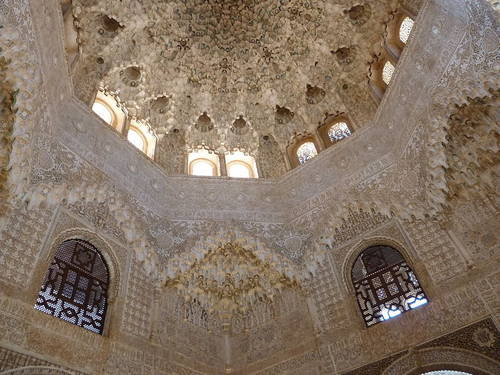 It would be in the Iberian Peninsula, and specially, in the politic and administrative center of the Nazarin kingdom where the Spanish Muslim art will shine proudly. A collection of patios, baths, gardens and other rooms that provokes that we were more than a person those who sigh for observe a sunset more in the Alhambra.

From its religious baths, copy of the Romans, the Mexuar, where the highest justice was imparted and its chapel, splattered of horseshoe arches, dot to dot are added to other ornamented rooms conserving a silence only disturbed by the quiet steps of the curious traveler.