Our journey in Barcelona came to its end. The last part of it will introduce you a monumental Montjuïc.

Barcelona is a huge city and you can see here much more than sights I have mentioned in my previous articles. For example sights that you should also visit are Neu Camp – the home stadium of a famous FC Barcelona, Fundació Joan Miró, Fundació Antoni Tàpies, Barcelona Zoo etc.

However, one of the most important historic sights is most certainly Montjuïc. Its name means “Jewish Hill “ and the same name has a fortress on the top of the hill. If you will try to reach the top, you must prepare yourself for a steep walk. The fortress is massive. Originally there were several fortresses before the one you can see today, however the construction of

today’s fortress began in the 17th century and some parts were built later in the 18th century. How did Spain look like in that time?

It can be said that the massiveness of the fort partially reflects the time it was built. The 17th century is called Siglo de Oro, a golden century. Conquering of the New World (in the case of Spain mostly South America and Central America) was commonly mentioned as some sort of adventure; however, in reality it caused hundreds of years long genocide of indigenous peoples. Some estimate Europeans caused death of over 150 million Indians. 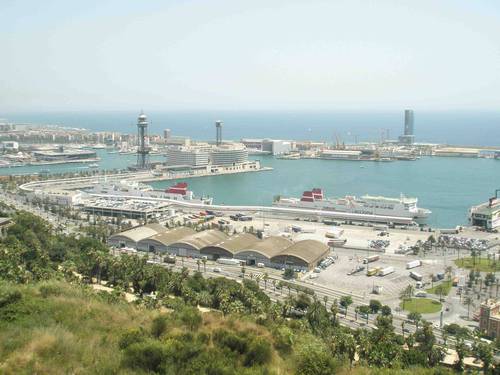 The Spanish Empire was literally flooded with gold from the New World. This metal made of this realm a mighty European power for few following centuries and after its power began to decay, it still was for a long time an important European country. The fortress had a strategic position, which ensured the strategically important Barcelona harbor was protected. However, in the second half of the 19th century the fortress had been rebuilt to prison. During the dictatorship of General Franco (lasting from 1936 to 1975), there were mostly political prisoners. 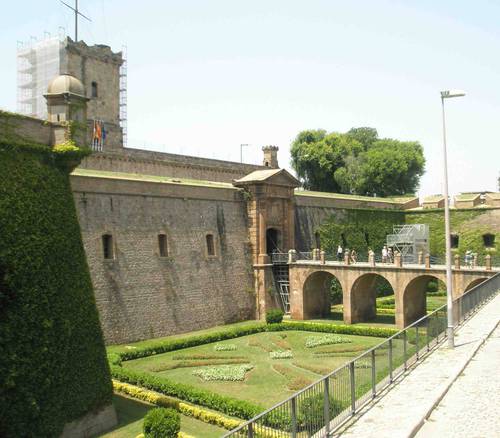 Nevertheless, Montjuïc is not only a fortress. Its hillsides covered with forests were commonly used for agriculture or as pastures for domestic animals. A significant intervention to Montjuïc’s look was a construction of an Olympic stadium in the end of the 1920s. Before the real Olympic Games in 1992 the stadium had been renewed and its capacity raised to 56 thousand people. 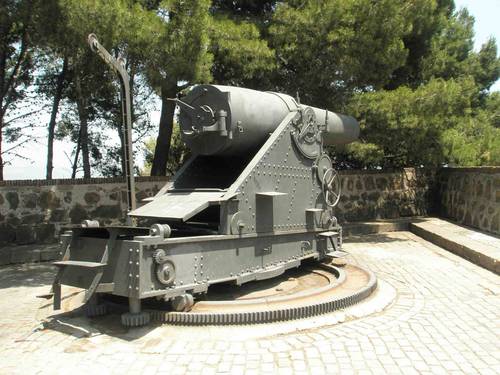 Another important part of   Montjuïc is  a museum of arts Nacional d'Art de Catalunya. Its main building, Palau Nacional, was built in 1920s. A massive neo-baroque building hosts a lot of kinds of arts – paintings, sculptures, drawings, photographs etc. Particularly important part of museum’s exposition is the exposition of the Romanesque art. You can see here for example Sant Joan v Boí, Sant Quirze de Pedret nebo Santa Maria d'Àneu. From Palau Nacional you can easily get to one of the largest squares in Barcelona - Plaça d'Espanya. Somewhat of an entrance to it are two 47 meters high Venetian towers. 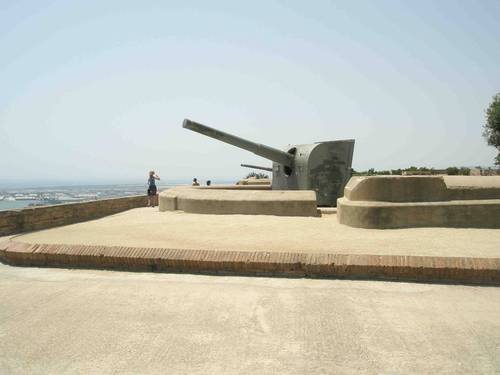