en.infoglobe.cz » Spain, Granada: A Blink to the Eternal Silence in the Alhambra II 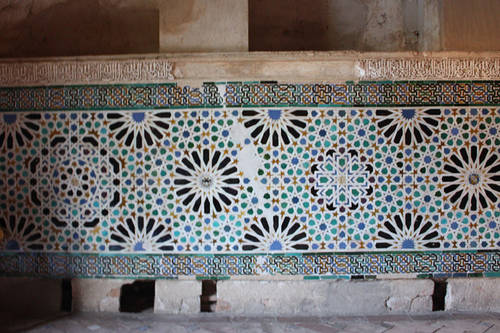 Characteristic of the Alhambra is its prolific adornments, with multicolored ceramics and reliefs whose texture we will be able to feel only with seeing and that adds grace to the poor material utilized in its construction. The exteriors of the place ignore all ornaments presenting a wall free of them, as if it would be pretending to camouflage itself in the lands that form this artistic dance of colors and mysticism that is this red castle. 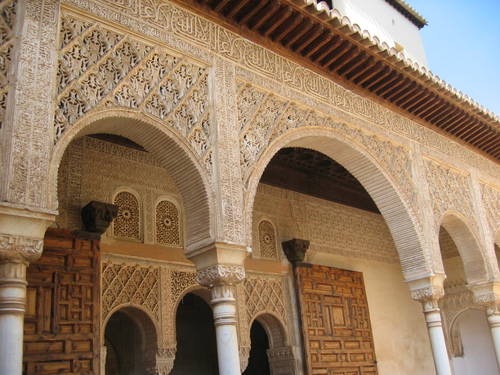 The spectacular sights that enjoys from its palaces and gardens incorporate the landscape as another more architectonical element, crowned by the beatific view with which pohoří Sierra Nevada grants the tourist. Interesting is the role of the water games in a region where water does not abound, it fills the place with the tranquility of the soft and clean sound of the dropping of the water drops. «To look at the river made of time and water and remember that time is another river, to know that we are lost like the river and that faces dissolve like water» wrote Jorge Luis Borges who, by the way, dedicated some of his verses to Granada and its Alhambra. 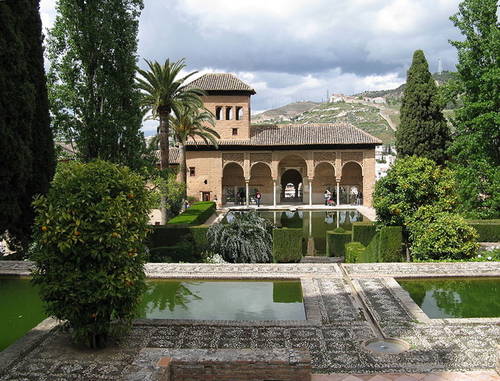 Light as well is important in the Alhambra, to the point that each room shares its own personality, enjoying the different gradations, becoming an architectonical element on its own right. So it happens for instance in the Palacio de Comares, where the Sultan is bathed of mystery because of the secrets kept by the penumbra of its Salón de Embajadores. The visitor feels himself intimidated before this divinized personality. It is true that, to enjoy the Alhambra, one must enjoy at least some level of psychological capabilities. 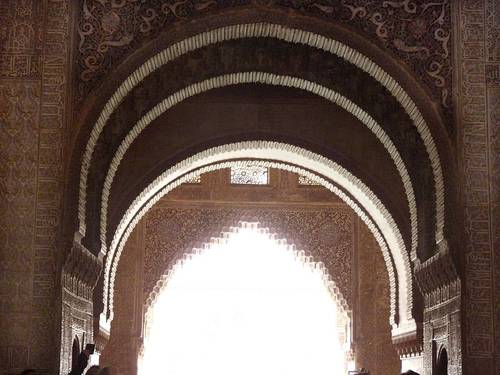 We contemplate the Alhambra of Granada from multiple viewpoints: from mathematics to geometry, from poetry to the arts and from the study of light to the study of water, all of them which conform this architectonical bestseller signed in the boundaries of the Spanish Muslim era. From the place in which we were born to the place in which we shall die, without noticing it, we all enjoy a close relationship with architecture. Architecture thereby gives form and contents the space in which overfly our spirit and fears, as the wardrobe in which keep the drawers of dreams, passions and aspirations that we keep secretly for ourselves. 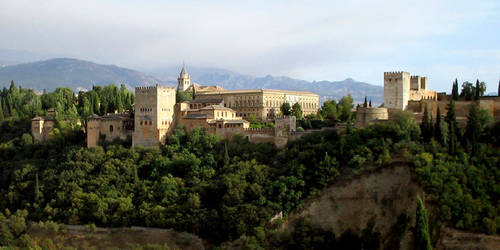 To the true lover of the arts the Alhambra it is nothing but the refuge where living the opportunity of listening to the still voice of silence together with the scratched guitar arpeggios of the «Memories of the Alhambra» with which Francisco Tárrega gave honor to all of the Spaniards. It is easy to know why the Muslims sighted when they left 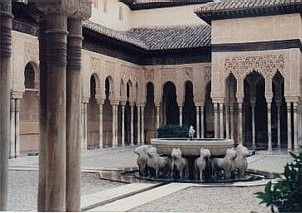 Granada. When a person leaves home, it may hurt. But when what he leaves is the Alhambra, what in truth leaves behind is the muse that enlightens Granada dressing it with crystal-clear rays of romance, tales and creation.

The Alhambra will seduce the visitor even to the point of making him cry of emotion, if he is so graced of being one of the ambassador of the marvel in a world that so much pain bring to us but which, interestingly, with the Alhambra offer us a starting point to think if, finally, it should exist something called heaven beyond the noise of our daily lifes.