The city is situated on a relatively flat area, the highest point is Garth Hill, 307 meters above the sea level. 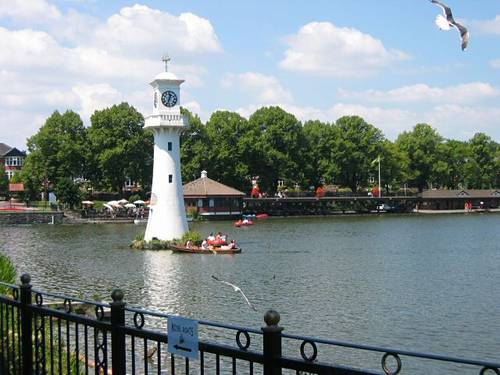 Before Romans concquered Great Britain and built fortress on the Taff, there used to be a Celtic settlement. In the Middle-Ages Cardiff was known as a castle and below was a small town with about 2000 people living there. At the beginning of the 19th century the population was about the same however, since the 1830s it started to grow rapidly and today there live more than 300 thousand people. Not until the year 1905 Cardiff had the status of the city. Soon after it got it new Welsh institutions were founded there such as the National Museum, War Memorial or Roman-Catholic cathedral.

In the second half of the 20th century, a small settlement around the castle became the main engine of Welsh economy. The city used to be oriented on coal industry but today its economy reoriented to financial services, however, tourism creates also a considerable bulk of Welsh GDP. Except historical sights and museums tourists usually walk along St. Mary Street where are many pubs and clubs. 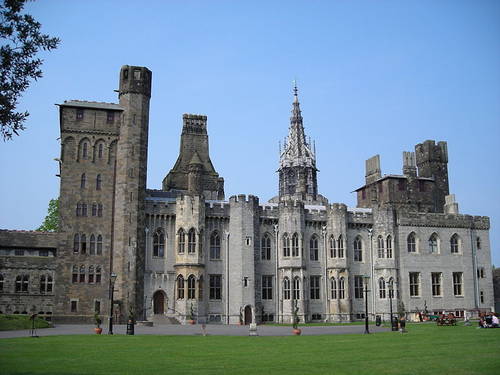 Also some world-famous figures were born in Cardiff such as the writer Roald Dahl (Charlie and the Chocolate Factory, Kiss Kiss etc.) or Ken Follett (The Pillars of the Earth, Fall of Giant...). 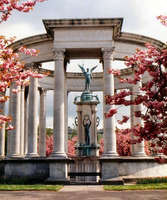 One of the greatest sights in Cardiff is Cardiff Castle. It was built in on former Roman stronghold in the 11th century. This was usual for the Normans who thus saved a lot of money. The present shape of the castle originates in the 19th century after it had undergone a neo-Gothic renovation by William Burgese. In the Second World War, there were made anti-aircraft shelters in the castle’s fortification. Almost two thousand people could hide there. In 1947, the castle became a property of the city. There are held several event regularly on the castle’s compounds such as the Tafwyl festival that celebrates Welsh culture – literature, cuisine, music etc. 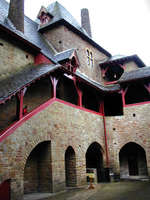 The National Museum – was founded at the beginning of the 20th century and in the present its exhibitions are focused on ancient Wales, arts, history or nature. The Ancient Wales exhibition is perhaps a flagship of what museum offers for it contents more than million items ranging from 250 thousand B.C. to the Industrial Revolution.

Castell Coch (Red Castle) – unlike Cardiff Castle this on eis much younger. It was built in the 19th century in the neo-Gothic style to resemble a 13th century fortress. However, there used to be a similar stronghold before but now it was supposed to be the residence of John Patrick Crichton-Stuart. The interesting fact is that the architects continued in works even 10 years after death of the owner.