From Guatemalan town of Jutiapa we got by bus to the border, from here through Santa Ana to El Congo, where we stayed in a hotel. In the morning the owner took us by car to the archaeological monument of Joya de Cerén. 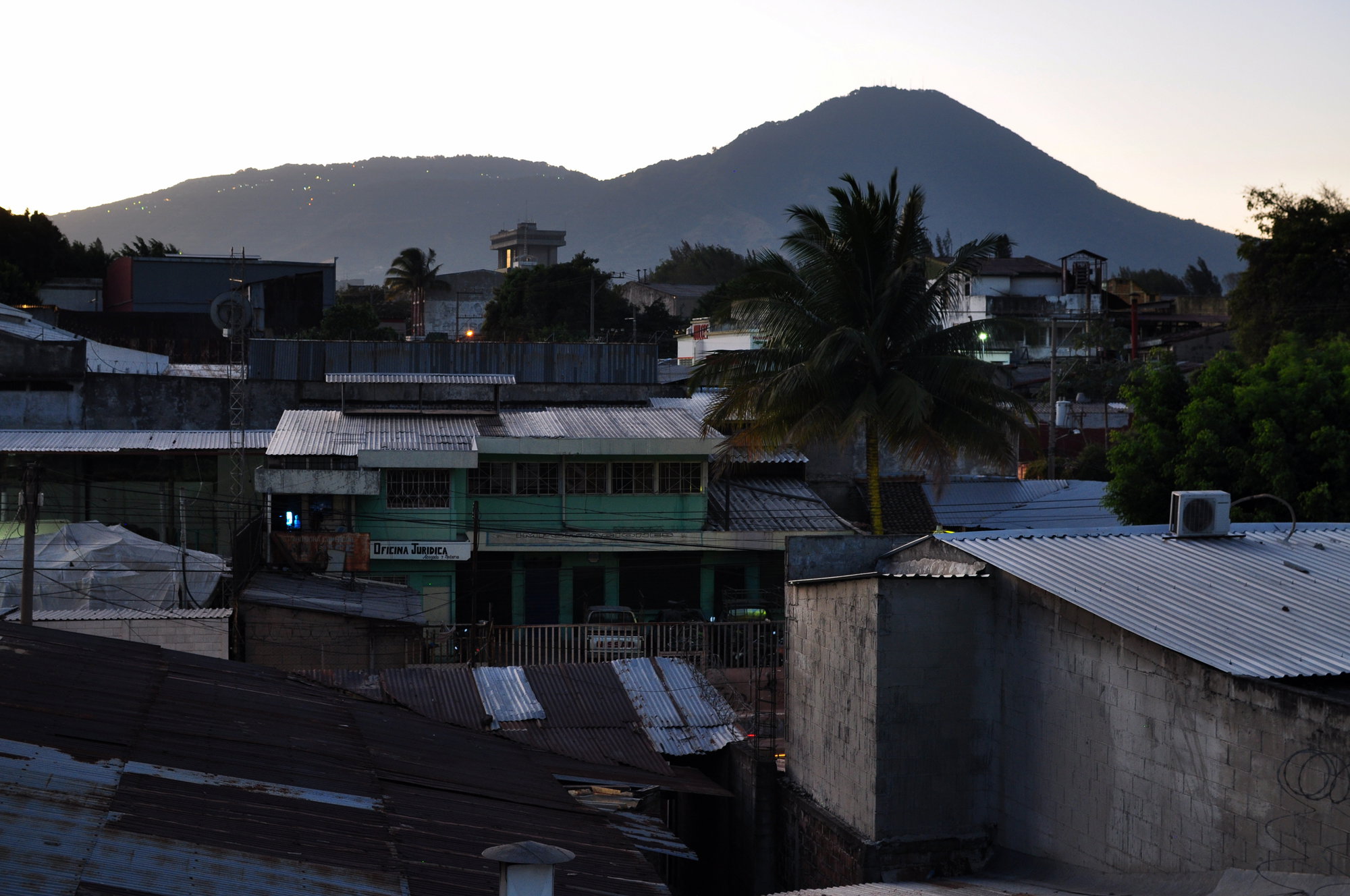 In 1993, the archaeological site of Joya de Cerén was declared a UNESCO World Heritage Site. It is the only archaeological site in El Salvador that proves the life of the people of that time. This small Mayan settlement is also called Pompeii of America because it was buried in 595 AD by volcanic ash when the Laguna Caldera volcano erupted. The fleeing residents have left behind a number of everyday objects that suggest a way of life at that time (food storage, construction, etc.). 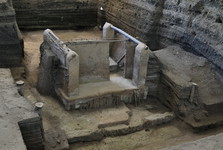 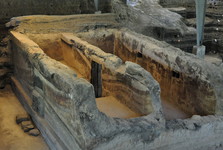 After visiting the site we head to the capital of San Salvador. We had no plans to spend the night here, we wanted to go to a small village, so we went to Panchimalco. There we unfortunately found that there was no hotel in the city, so we returned to San Salvador. The only thing we saw was a car full of armed policemen with machine guns, but we got used to it in Mexico. People are mostly nice and happy to advise, many tourists here probably do not meet. 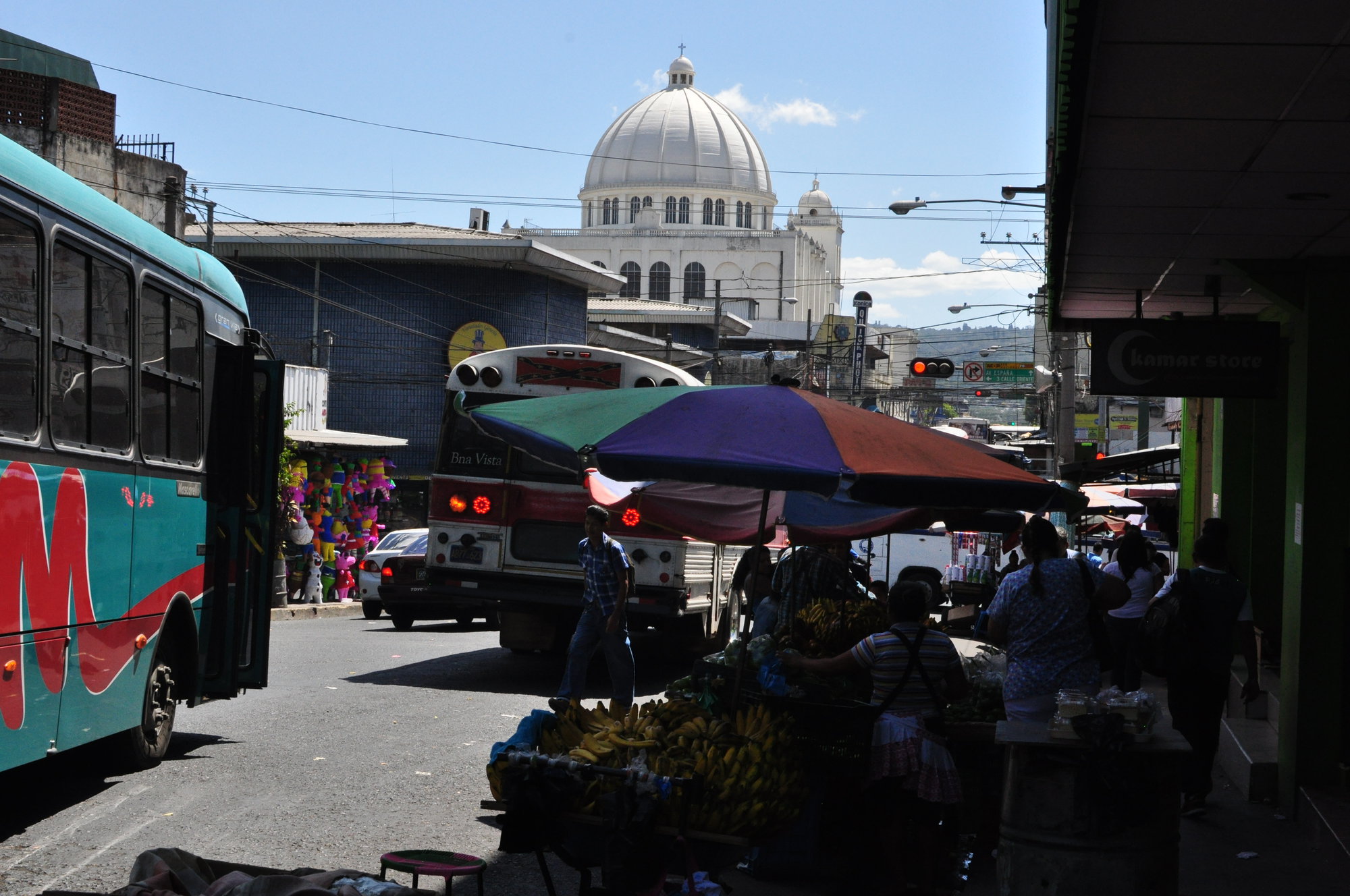 Before dark, we head to the city center. It consists of Plaza Cívica Capitán General Gerardo Barrios, where the Catedral Metropolitana is located. This cathedral is the most important monument of the city and the resting place of Archbishop Óscar Romer. He was assassinated at a mass in 1980, at the beginning of the civil war in El Salvador because he criticized the government for violating human rights. His tomb, decorated with a statue of Italian artist Paolo Borghi, is located in the crypt below the cathedral. Unfortunately, Iglesia El Rosario Church near Plaza Libertad has already been closed. It was completed in 1971 and from the outside it looks just like a strange concrete structure, but inside it plays with all colors and is definitely worth a visit. It is not good to move around after dark, so we rush to the hotel. In the morning we will travel by bus to Alegría. 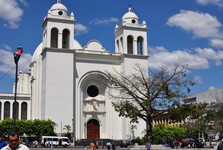 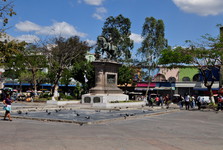 Salvador, Alegría – A Journey to the Lagoon

Published: 24.2.2020
We leave San Salvador around 9 am by bus to Usulután and head for Alegría. Situated at an altitude of over 1240 meters above sea level, this small town with 15,000 inhabitants is surrounded by coffee plantations, which are the main source of income. Until 1891, the city was called Tecapa, which in Nahuati meant "lagoon" or "rocky river". Then the city was renamed after a former Catholic bishop who worked on the development of the village.