Under first sun shines, the snow, which covered old houses till now, is disappearing. Heavy snow cover falls from roofs, and the water from gigantic icicles flows down. The people feel to be happy that the winter is leaving the country slowly. „Here, in the mountains, the life conditions are hard, indeed. The work chances are missing, and nothing special is on. My son is studying in Prague, here, on spot, you have no hope to get some regular job!“ Local woman shrugs her shoulders, laughing and breathing „spring air“. To tell the truth, nearly three and half thousands of people are living in Smržovka. They know well each other, and make always a stop, in order to say a few words in passing. 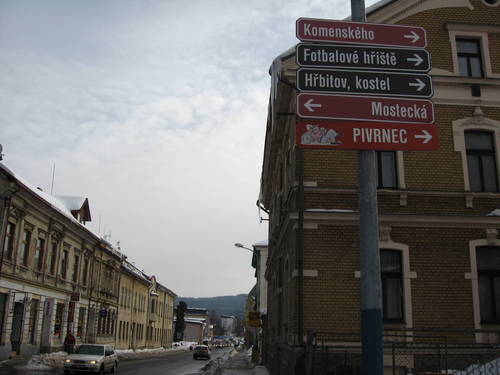 And what about the postman?... Everybody knows him. He walks through snowed up road towards the church on a hill. Young lady calls him, from the window of carpentered mountain house. „We have wonderful morning today, haven´t we?“. The postman stops for a while, and after a moment, he continues his steps to the other style houses placed on the hillside. He is in good physical form, thanks to these every-day walks. He passes a cemetery as well as late Baroque church dedicated to St.Michael Archangel of 1781, most important local historical monument. 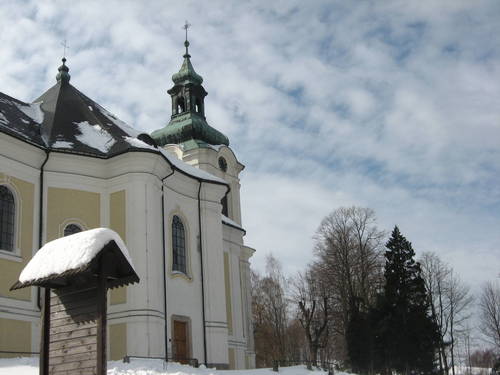 Bridge (viaduct) destined for more purposes is popular among tourists and passengers, but also among suicides.

This railway bridge, arising above the road from Tanvald, is well-known in the environment. It is beautiful stone bridge, vaulted into several high arches, could be very nice look for tourists, but it would be an interesting variegation for local inhabitants. Especially in the case, when the bridge could be chosen, thanks to its height, by some suicides. „It is true, just recently one person decided to jump down. The train could not continue the passage, and the passengers cried : jump down, we do not have time enough! Nevertheless, he did not jumped!“ - the woman says. She complained of hard and uninteresting life in Smržovka couple of minutes ago. 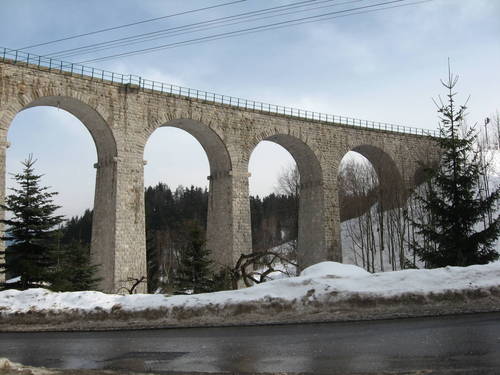 You can do sledging everywhere, but professional  runners are to be found in Smržovka only.

Sledging is not easy, indeed. The children, not fully devoured with this kind of sport, would be probably killed on this sledge route. Bobsleigh sport was domesticated there just in 1912, when the first wooden route (line) was constructed there. This wooden-concrete racing route, more than one kilometer long, used by the racers at present, is placed in town´s suburb since 1972.  Although its title is „new“, it does not look like in such way. Despite this fact, only the view on wide bed of 400 degree curve, your adrenalin blood level will be increasing, for sure. 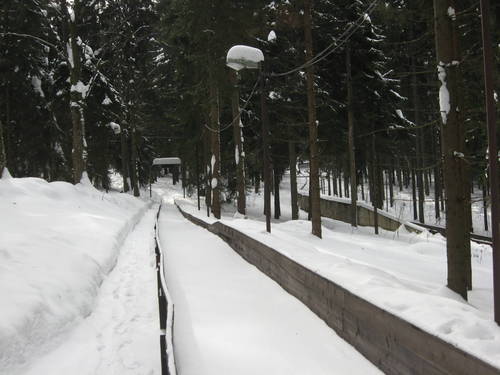