en.infoglobe.cz » Places of interest » Harrachov - A Base Of White Sport Activities - VIDEO

Great preparations and a disappointment as a result

Recently, Harrachov was in full preparation for Ski Jumps World Championships. However, the event was, at first, postponed and finally, totally cancelled later. All inhabitants, including Jakub Janda, the best ski-jumper, looked forward to such meeting of best quality level. Hundreds of fans of this white sport arrived to Harrachov, in order to follow the competition, however, they left the place disappointed. To tell the truth, such story does not seem to be something special.  This Čertova hora (Devil´s Mountain) is famous with local strong winds, similarly as nearly each ski resort. The locality is situated in high altitude, and the winds blow always there in very unpleasant way. 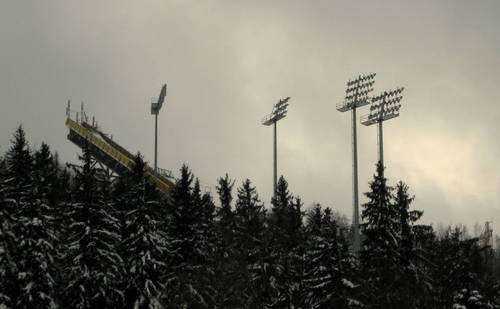 Harrachov belongs to one from five localities of the world, where so called „Mammoth Ski -Jumping Bridge“ is placed, and so it presents the alluring point number one. In general, you can find in the area five jumping bridges altogether. But the biggest one is being used quite seldom. The climbing up to „Mammoth Bridge“ or ski-drive down could be more than temptation for many visitors of the resort. The challenge of such gigantic monster, rising above mountain peaks, could be often heard. And their courage is worth to be done. You can fully enjoy marvellous circular view towards fascinating mountain peaks (as a reward for consumption of couple of litres of sweat, used up, mounting upstairs). Except of this, you can feel strange pain of your belly, when you imagine, if somebody could be willing to jump down on ski, fall alive and try it again and again, till a momemnt when the world public starts to celebrate him.

Another way of life

Nevertheless, Harrachov is not a paradise for ski-jumpers only, but also for ski-runners, mashers and for all types of skiers in general. To tell the truth, busy life arrives to this locality with the first snow. Winter saison is for the right way of subsistence for local inhabitants. Most of local people live their summer and winter way of life. A hard work in the course of winter ski-saison is substituted with rather easier activity in summer. And, frankly speaking, a winter period, spent in this small town, surrounded with ski jumping bridges, is worth to be experienced. Harrachov-visitors come there, in order to be entertained. And the busy life looks like as follows: busy movement in ski-descent routes during a day, and busy life in night clubs and restaurants afterthat. 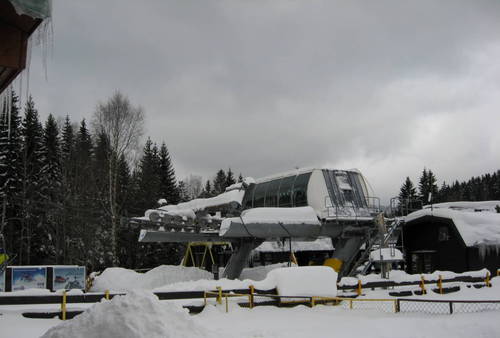 Harrachov is a popular target of Poles, Germans or Dutchmen. They choose small Czech Ski -Area especially owing to reasonable prices and quality level of ski-schools and quite pleasant and not difficult slopes. Frankly speaking, many persons who dress smock-frocks with inscription SKI-School, are actiove in this branch. Most of them spend the whole saison in such locality, and they can understand, within some months of their activity, what brings hard way of life in mountains. They are working hardly even eight hours on the slopes. They teach  hundreds of clients, presenting them pleasure and the base of skiing art. It is a fact that the presence of such persons from ski-schools could not be overlooked. 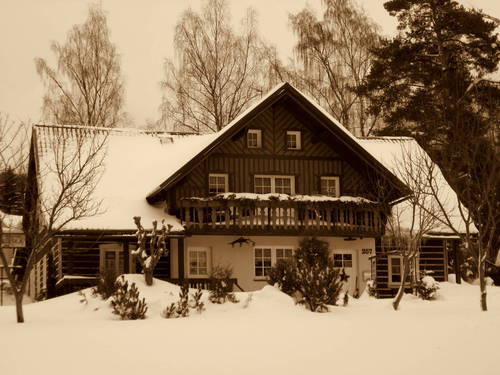 Harrachov - not only as skiing locality

Except two red, one blue or one black marked  skiing descent routes (Čertova hora and Rýžoviště), Harrachov offers wide possibilities for ski-runners. Dvoračky-cottage, situated on mountain ridge of Giant Mountains, belongs to one of most popular targets of all overs, wearing „strange boots and narrow, restless pairs of ski and long sticks“. You can walk on foot to admire Mumlava Waterfalls, or visit private brewery or local glass-factory, one of the oldest one in the Czech Republic. Adrenalin lovers could prefer bob-route, or rope centre in summer is available.

Ski in past and now

Who never heard the name of Harrach, he could not probably understand  the reason, why Harrachov obtained such name. Frankly speaking, double letter „r“ is a speciality in Czech grammar. So, Count Harrach was the first one, who was presented in Bohemia as the first skier! And Harrachov, former Dorfl, is a centre of ski sport since this time period. In 1920, the first ski jumping bridge was constructed there. And since 1980, legendary „Mammoth Ski Jumping Bridge“ is arising there. It was built within scope of the first reconstruction of jumping and ski -running area. 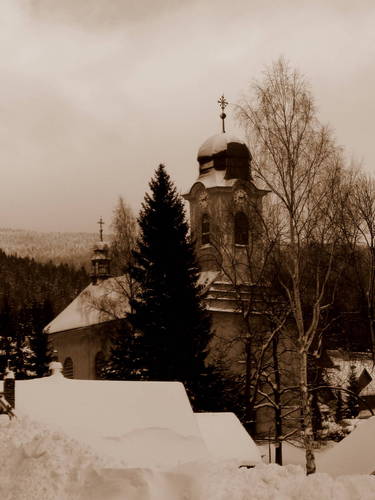