Despite we start our hike in Slovakia yet our goal of the day is a observation tower in the Czech Republic. It is the tower on Velky Lopenik (911 m). It is built of stone, concrete, and wood. The tower was completed in 2005 becoming one of the first observation tower symbolizing Czech-Slovak friendship.

The tradition of meeting on the border that connects, not otherwise, originates near Velka Javorina (the highest mountain in the White Carpathian Mountains, 970 m). Lets get back to Velky Lopenik. A distinct peak and the third highest peak of the White Carpathians.

Once a triangular geodesist station. The foundation stone of the observation tower is about 5 meters off the state border. It was laid in 2002. Three years later, the observation platform on the tower was made accessible to the public. Towns in Moravia with the help of crowdfunding were behind the financial support for the construction. However, Slovak towns also helped. Even in this sense one may see international solidarity. 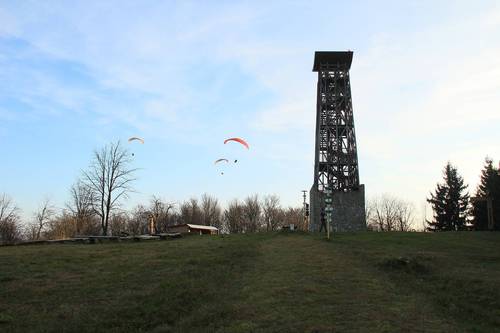 Close to the tower there is a tourist shed. Near is a memorial dedicated to fallen Soviet soldiers. They died in the area during liberation in the second world war. 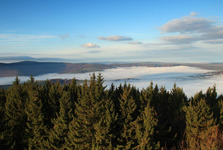 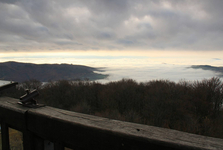 The observation tower is within the area of Lopenik, Uherske Hradiste district, the region of Zlin, Czech Republic. It is very close to Slovakia. If you decide to go there from Slovakia a good starting point might be a bust stop in the town of Nova Bosaca. Here one have to take the blue tourist path. It will take two hours to take you to the observation tower. The track goes up through the town of Grun, goes around a memorial of fallen Soviet soldiers. Eventually it will guide you to the 22-meter observation tower. Should you seek to admire beautiful panoramatic view to the land you have to climb 101 stairs more. Then you will see Uhersky Brod, Kykla, the peaks of the Male Fatry, Machnac, and towns and cities like Trencin and Nove Mesto nad Vahom, or Velka Javorina, Kvetna, Strani, Brezova, and Bojkovice. Everything would be beautifully visible. 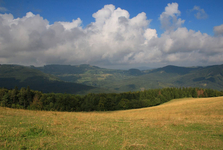 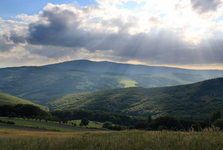 Published: 25.1.2008
The town of Uherské Hradiště was founded by King Přemysl Otakar II. in 1257. Natural centre of Slovácko region is well-known with its folkloer, wine, cymbal music and peoples´ traditions, which preserved in Zlín Region up to now.