Concretely, these are situated north from the town of Ilava, the Region of Trencin. The point of start is Vrsatske Podhradi village. A blue tourist trail goes from there. A car park is situated right next to the village. Those who prefer rather public transport can get to the rgeion by several bus lines.

ore demanding tourists can walk more demanding tourist trails such as the one from Cerveny Kamen. It is of yellow color. The walk takes about an hour. Or you can set off from Bolesov village by following the green marked trail. You should reach your destination in about two hours. As we are quite comfortable persons, we chose the closest access point. 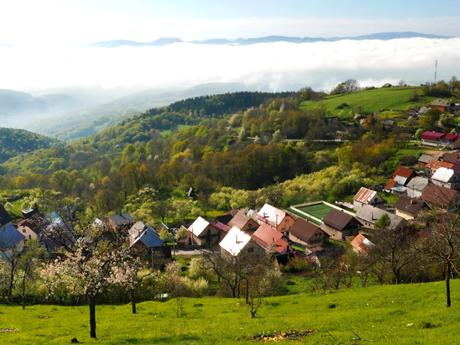 We went downhill and uphill along the Vrsatska klippe nature trail. There were many beautiful vistas and we learned a lot about geology, history, fauna, and flora. We learned that the bedrock consists of a plate composed of limestone, marl, radiolarite, slate, and other rock. We by ourselves we observed paleontological findings such as fossils. We were not so lucky about fauna. At least, we walked through an area where many endemites live. An endemit is a species which lives on a particular place and nowhere else. 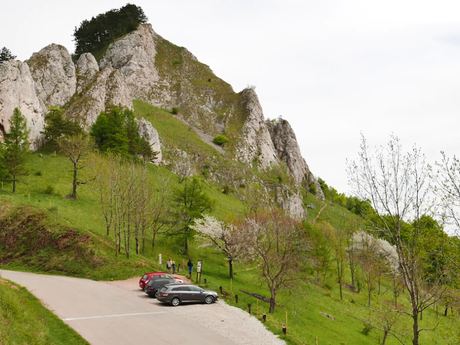 Apart from nature scenery, the remains of a medieval castle caught our attention. It protected the northwestern border of the then Hungary. The castle belonged to the legendary realm of Matus Cak Trenciansky. Later, he was replaced by well-known Hungarian nobleman Stibor ze Stiboric. The fortress had several other owners. In the 17th century, Vrsatsky castle fell into the state of decay. Later it burned down. Explosives destroyed it during the Rakoczi uprising. The result is visible today. 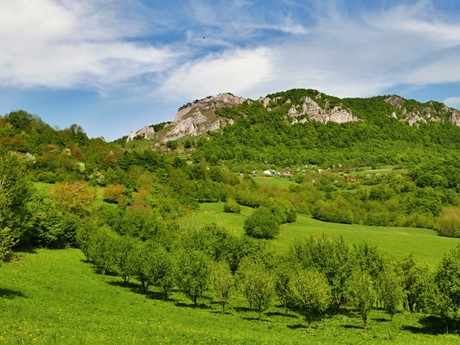 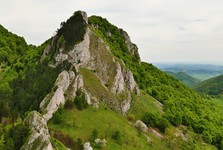 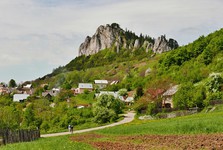 The highest peak of the Vrsatske Klippe is Chmelova klippe (925 m). It is the second highest peak of the White Carpathian mountains. Vrsatec-Javorník klippe (897 m) is another interesting part of the mountains. We enjoyed the vista over the Central Povazi region. We saw the rivers of Ilava, Dubnive nad Vahom and even the Vah. Also, we saw the D1 freeway and the Strazovske Hills rising up behind the freeway.

This circular trip took us three hours. We got everything dear to a true toursit's heart. We will return there gladly on some day. We reco,mend you this relatively easy trek as well.