A shepherd looking for its lost sheep, allegedly, found a healing spring , and this sheep was later depicted as the symbol of the town. The first note on the town comes from the 13th century, however, according to historians claim the Germans and Romans bathed there. . O první rozkvět lázní se postarala The family of Illésházy, a Hungarian baron, initiated first phase of prosperity. Then Juraj Sina, a baron of Vienna, both it then and he strengthened commercial potential of the spas. His daughter, Ifigénia, built Hammam, a luxurious Turkish spa, in 1888. In the past, it was used only by nobles however, today spa visitors and even public can enjoy it . 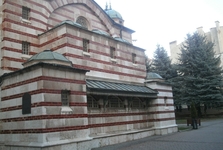 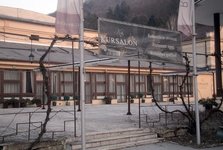 V centru dění
Skillful Ifigénia enriched also culture in Treincianske Teplice. She initiated building of the Spa Hall with a concert hall, reading room, and a coffee bar on a spacy terrace. Naturally, this place was suddenly a center of local cultural life. The great hall is perfect for classical music concerts as well as brass bands, theatre plays, discussions, movie projections or dancing. On the first floor, there are art exhibitions of local artists or artists from nearby towns. The Spa Hall has been recently renovated in modern style. Now there is not only good food but also live performances of talented musucians.
One of the most important cultural events of the year is the Music Summer , a chamber music festival . Its 67-year old tradition makes it one of the oldest festivals of its kind in Europe. The aim of organizers is to bring classical music closer to general public, thus, several concerts are always performed on the main square or in a pedestrian zone. Additional attraction is an interesting supporting program. 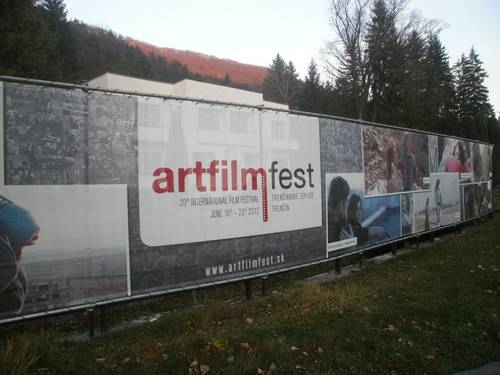 At the end of June since 1993, there is also an international film festival , the Art Film Fest. Artists from all around the world come here to show their movies and a professional committee gives awards to the best. Perhaps the most prestigious is the Art’s Mission Award, an artist receives a brass memorial tablet with his/her name inscribed on it, then he/she puts it on the Bridge of Fame in the spa park. The bridge is decorated also with almost four meters high statue of Charlie Chaplin except for dozens of these tablets. The statue was ceremonially uncovered by Pavel Landovsky, a Czech artist, in the 15th annual festival.

A recreation in the cradle of nature
The spa park, which expanded thanks to the son of Jiri Sin in the 19th century, gives visitors an opportunity for walks under beeches and chestnuts along a creek. At the end of the park there is Swan Lake, a home of noble swans as its name suggests and there are many fish, ducks and drakes as well. Especially kids appreciate them as they are play with them and feed them. Families with small children will like large and colorful playground. Their kids will let off steam there, indeed. As for sporting activities, there are tennis grounds and minigolf. 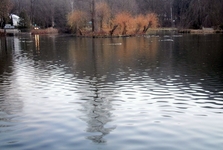 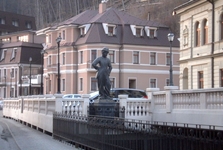 A renovated square
This small town boasts with a new square that was finished towards the end of 2011. Spa Square, the name chosen by locals in a survey, is very modern by its design. Its open and spacious, thus stands could be placed there during a traditional annual fair. In winter there could be a temporary skating rink for small hockey players. There is a large fountain made of a black stone in the central part of the square and even further there is another, smaller, fountain that looks as the frog prince. 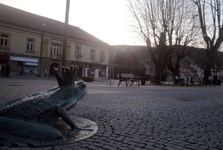 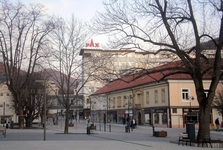 Trencianske Teplice is not only famous spas, it is also a city living with culture for it offers various cultural activities to its visitors and locals. This spa is an ideal place for a Sunday walk sweetened with wafers.