Start with your tour through the city on Mirove square lined by beautiful historic houses with small stores, restaurants and cafes. You can escape summer heat by sitting under trees while having a vista of the castle. I highly recommend you to visit local Lanius minibrewery. They make their own beer and cook delicious meals. 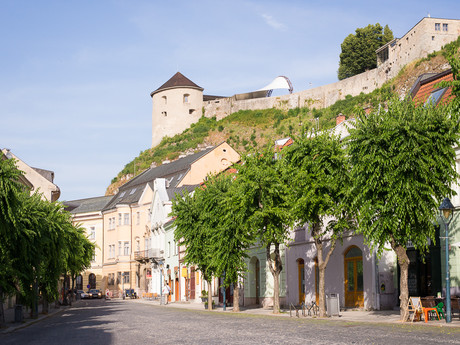 Walk through the original city gate built in the first half of the 15th century. Thus you leave Mirove square for Sturovo sqaure which features a fountain with Valentino the water goblin statue, and for a Gothic revival synagogue. The synagogue was built in 1913 by replacing old synagogue. You can get back to Mirove square by walking around  piarist church of St Francis Xavier. Again on Mirove square you can set off to visit the castle. 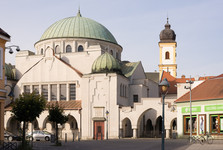 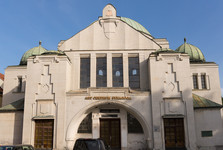 You can choose of different routes. However every goes up a steep hill. The most interesting route goes along roofed parish stairs completed in 1568. These were used to access armory and to move city defendors to the wall at a parish office. 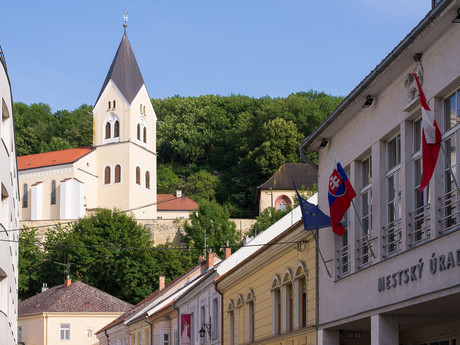 The castle was first founded here as early as 2nd century AD. There is even a Roman inscription on one of the walls dating to the year 179. However, the castle as you can see it today began forming only in the 13th century onwards. The largest expansion happened during the years 1540 to 1560. Then it became one of the largest and best defended castles in Europe. However, the castle almost burned down in 1970. Fortunately, it has been renovated since and today there are several museum expositions worth visiting. Even if you were not interested in expositions, getting up to the castle is worth the effort if only for the vista you can enjoy from the top. 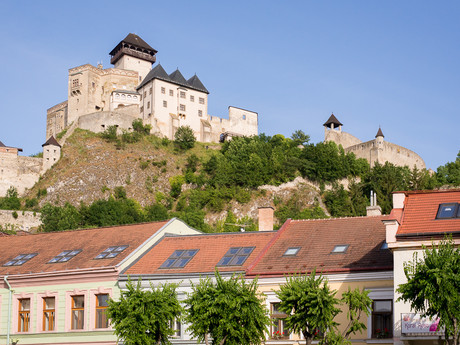 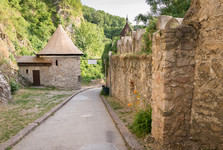 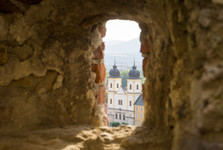 While visiting Trencin, I was surprised by local cuisine, great wine and many cultural events regular and irregular. The best and largest one is the famous Pohoda rock festival. Yet many events are related to fashion and clothing. 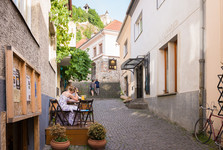 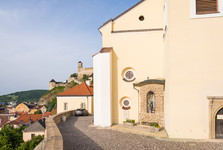 Trencin is situated on the main road between Bratislava, Zilina and Kosice. It would be a missed oportunity if you don't visit it on your journey across Slovakia.