The Small Carpathians looming about the town of Cachtice hides recently renovated ruin of Cachticky castle. The castle set on a hill once part of system of defense castles guarding west boarder of the then Hungary. Many of you know the castle rather thanks to Alzbeta Báthory which is in the Guinness Book of Records . 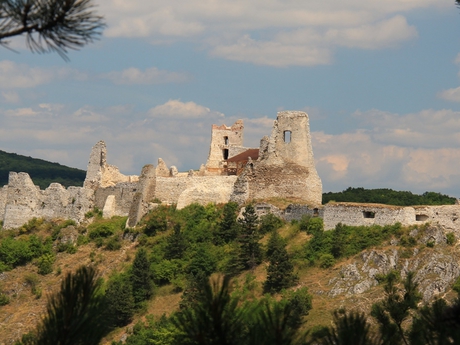 To Cachtice, we arrived by car. We left it on a parking lot below the castle. Twenty minutes of walk later, we admired the entrance gate with massive walls, newly built farm building on the courtyard, renovated main tower, roofed chapel, or underground opened to the public. The latter was opened only recently. What was interesting for us was that the castle is owned by the town. They take really good care of it. Rich cultural program and crowds of tourists buttress this claim. 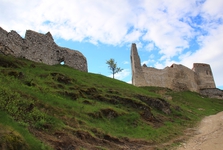 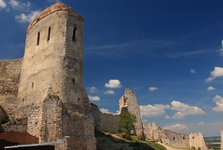 We think it would be worthless to describe you the atmosphere surrounding this historical landmark. Yet we can tell you something about its history. The castle was built in the first half of the 13th century. It expanded in the 15th century. Many lords ruled over this castle in its tumultuous history. Except bloody Baroness there ruled even Matus Cak of Trencin or Stibor of Stibocice, the then owner of 15 castle in the Povazi region. The role of the castle is apparent as suggest its massive construction which makes it almost impenetrable stronghold. The only part softening the tone of this castle is the chapel. 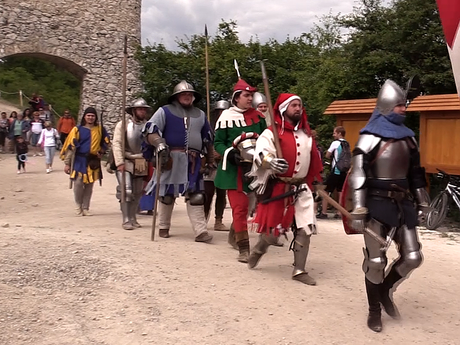 Soon after it was built, Cachticky castle was under attack of armies of Czech King Premysl Otakar II which badly damaged it. This was, however, nothing compared to legends surrounding the castle which were based on actions of Baroness Bathory. She killed there more than 600 young girls from around Cachtice at the turn of the 16th century. This legend staged in many movies and books. In 1708, the castle was plundered and burned down as a work of Frantisek Rakoczi’s army. Since then the castle has been in decay up until now when it received renovation and was conserved. 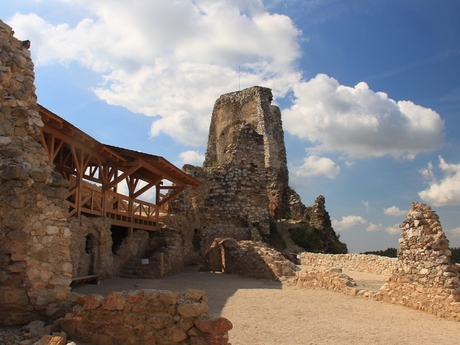 From the highest point at the castle, you can see tree covered ridges of the Small Carpathian Mountains, Myjavska Hilly country or the Povazsky Inovec. We spent most of our time there. Indeed, it was fascinating to see fragments of plastering with paintings, or renaissance stuccas. WeWe tried to find mysterious tunnel that allegedly goes from under the castle to the place of final rest of bloody baroness. We didn’t find it. 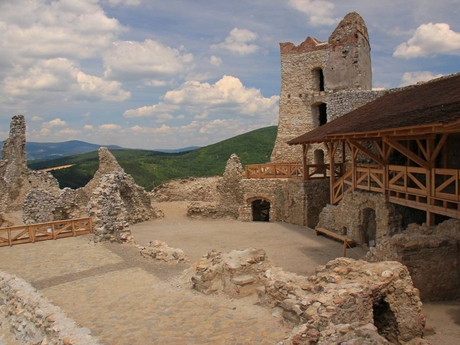 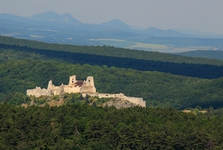 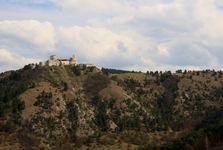 After we had still some time. Hence we visited the town of Cachtice. We saw Draskovicuv chateau where the exhibition about the history of Cachtice was set. It describe rich traditions and folk culture. Even there were some weapons, jewelry and many items related to Alzbeta Bathory.

At the end of our trip we wanted to see the underground of Cachtice . It spans under whole town and has not been thoroughly explored until this very day. Unfortunately we didn’t manage to see what we wanted for we arrived after opening hours.

Anyway, we will gladly return to Cachtice, either to see its underground or nature around. Cachtice castle hill is exceptional for its castle and also for the fact that it has been national nature sight since 1964. There is also an unusual geological bedrock with karst formations, rare forest-steppe vegetation, unique insect species, or ornithological localities. There are also caves which are accessible only with professional tour guides.