Vapenna Hill’s summit reaches 752 meters. It is Small Carpathian’s third highest peak. It is located in the west of the mountains near Solosice town. The hill is part of the Small Carpathian Mountains Protected Nature Park, concretely its part called the Pezinske Carpathian Mountains. Vapenna is also known as Rostun. It is a noticeable part of the mountains spreading from southwest to northeast. It has elongated shape. The south side of the ridge has steep precipices, rugged cliffs, and boulders. From the geological perspective, the massif of this giant of the Small Carpathian mountains was created by the Triassic limestone and dolomites. Paleogene limestone and puddingstone are located near the top. Huge rocky cliff of Mala Vapenna also called Maly Rostun (573 m) is at the southwest side of Vapenna. Two caves represent karsts there. Bothw are near the ridge of Vapenna. Other nature phenomena there is primaveal-forest like greenery which consists of lime-maple rocky forests that span in
a narrow line at the ridge. Large part of Vapenna’s area (3 333 100 m2) has been included in the Rostun National Nature Reservation since 1953 which is under the level 5 protection.. 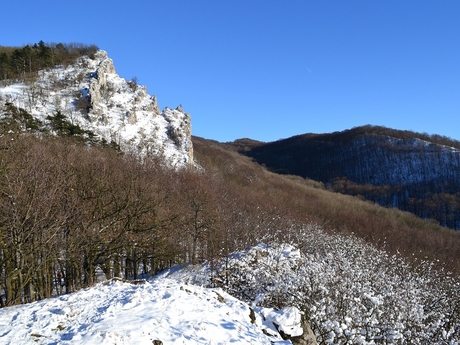 Vapenna – way to the top
Couple of tourist trails run to the top. The best thing is to follow the trail going from the village of Solosnica. In the village’s center, right by a bus station, you can join a green trail that would take you through the village in the southeast direction. The trail turns left at the village’s end. Now it will take you to the forest, then it slightly ascends across a meadow, and continues to forest until it reaches the crossroads Pod Malou Vapennou. There we can turn right to a red tourist path. 10 minutes later it will get us to an point of observation, i.e. a rocky hillock on the ridge. There we can see surrounding hills, and the majestic rugged cliff of Mala Vapenna. Should we want to proceed to the top of vapenna we have to return to the crossroads of Pod Malou Vapennou. From there we join a red tourist trail that goes up. One short ascend later, you join another trail that lines the slope. There we turn left and follow the red trail which will get us to the very top. A longer trail that is of slight ascent, follows north slope. We pass a crossroad which is crossed by a yellow tourist trail. After the last steep ascent, we finally reach the top of Vapenna. A 5 meters high observation tower with a small observation platform on the top is located at the highest point of this hill. 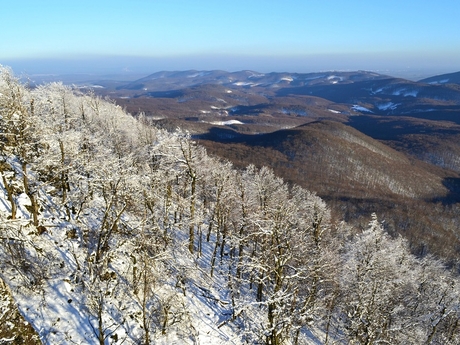 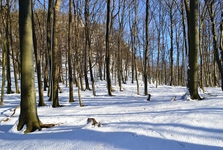 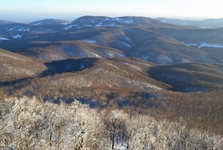 Panoramic vistas
The vistas off the tower are really enchanting and breathtaking. When looking in the southern direction off Vapenna, we see the Small Carpathian mountains easily. Wide, wavy, mountain terrain will make leave you in awe. Even distant tops of the mountains are easy to be recognized when the visibility is good. Vysoka (754 m) proudly reaching the sky and Jelenec (694 m) with Geldek (694 m) standing next to it like twins. In the distance, the silhouette of Velka Homole (709 m), and, of course, hard-to-miss Zaruby (768 m) dominating the Small Carpathian mountains. Far on the horizon, behind the Small Carpathian mountains in the Danube lowland, we can see Trnava. Looking in the west direction, we can see the endless lowlands of the Zahorska Lowland. 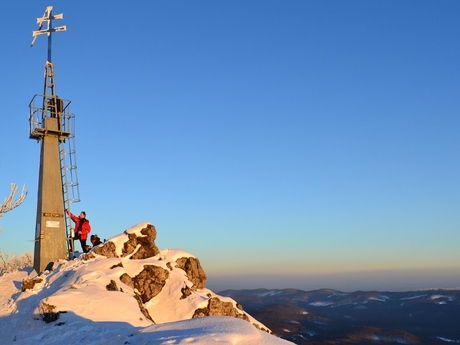 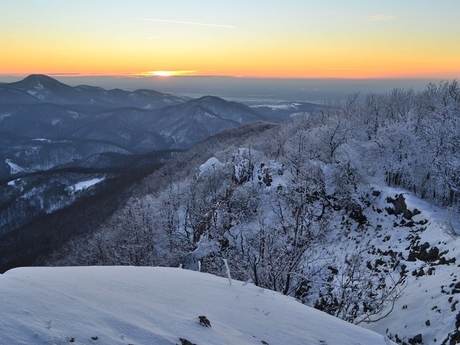