Right upon arriving to Jablonica (a village named after an orchard tree) we took a short look around. The first written note comes from 1262. The town is situated near the former Via Bohemica. Thanks to its strategic location the village became a town and later saw some considerable development. In 1704, Jablonica was town no more which was due to betrayal by the inhabitants of Jablonica during Rakoczi uprising. 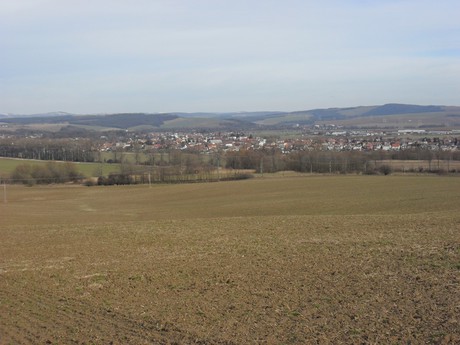 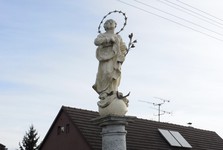 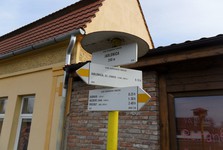 Stefan Kral baroque church is sure worht visiting. It was built by Baron Ladislav of Korlatko. This three-navy sacral building looks impressive outside and inside. There are larger-than-life reliefs, lay paintings, or 23 pipe organ. Baroque-classicist chateau and a park is also a beautiful sight. The chateau is privatealy owned. There are also several interesting columns and statues. Near the town there is a water reservoir and Zrubarka karst spring. 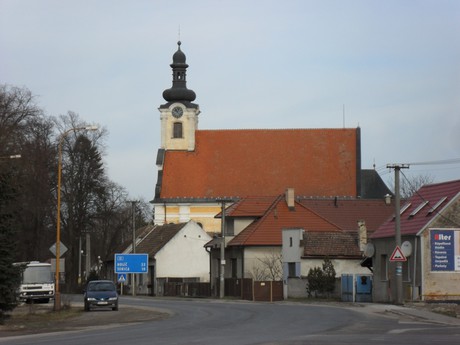 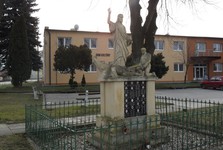 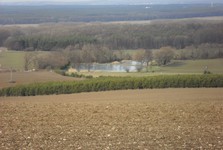 We are about to set off in different direction. There goes a yellow tourist trail from the center of the town. It joins several other attractive trails. From the outset, the trail goes along the main road to Cerova which is a neighboring town. It is known for important paleonthological findings. Then it follows wavy terrain to Dubrava locality. There are several water surfaces. Then the trail goes to Lipovy hill (418 m). From the up of the hill, there is beautiful vista. What will catch your attention are wind mills. A direction board makes sure we are on the right path. The we go on to Cerova-Rozbehy town. There is our main point from which we go on to the three points of interests. 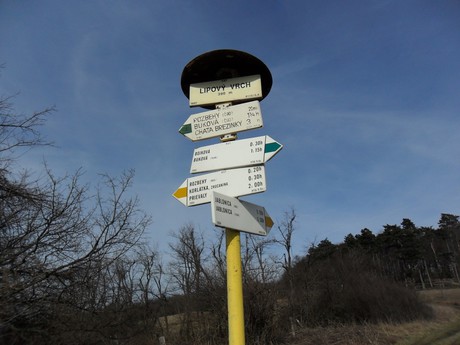 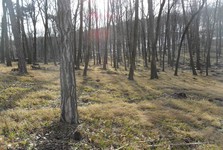 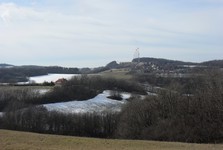 The first one is Cerova wind power plant. Still, we go to an interesting observation tower and Korlatko castle. 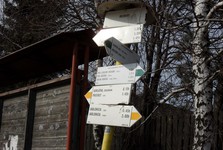 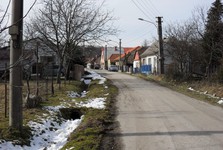 So we set off to an observation tower built in 2009. Its shape as well as its location are interesting. It is situated right behind a cemetery. The vista from up of the tower is not much different from what you can see at its base. However, it is quite a nice experience to climb up this 7-meter high observation tower. The tower is made of concrete forms around which nature stone is placed. On the top of the tower, there is wooden rooftop. Up from the tower, what you can see is Zahorska lowland, Zaruby mountain, White Carpathian mountains, M. R. Stefanik memorial, Senica town, and also Zobor or Tribec. The latter two only when weather conditions are well. 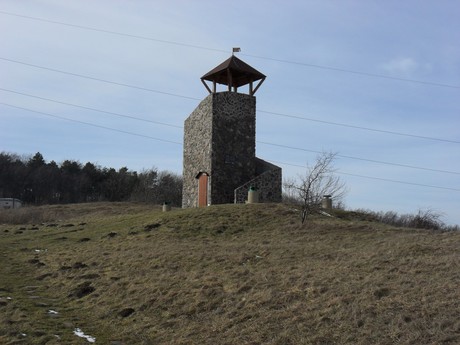 We rested here for a while. And after that we would continue to Korlatka castle. We tell you about it next week. 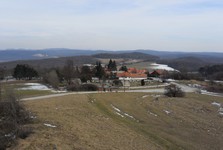