We left Kursalon and got on one of the many trails in the spa park which is partially a forest. It was founed in 1873. A unique compound was created through gradual improvements to its landscape. The river Teplicka flows through there and also "Swan Lake" was artificially created there. The park lures here not only spa guests. Over 18 hectares of greenery and many unique woody plants are sitauted here thus literally creating an oasis of peace and relax. 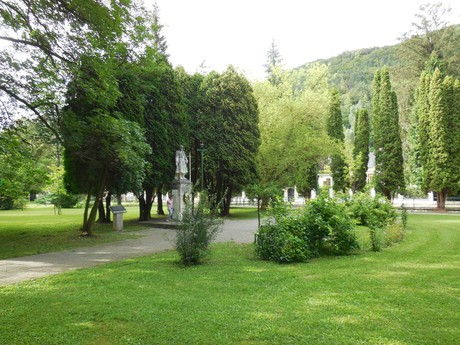 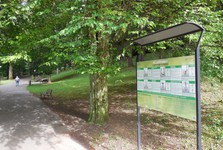 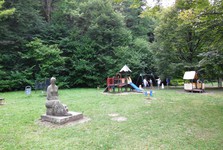 There are benches all around the spa park. Somewhere, there are even children's playgournd. There are also information panels on healing procedures, running tracks, or points of starts for tourist trails including direction boards. On the edge of the park there is the aforementioned "Swan Lake". Before people used to swim there. Later, it turned into small marsh with birds and rare trees. Nearby, there are a minigolf course, tennis courts, restaurants and accomodation faiclities. At some trees there are boards explaining what is so unique about them. Occasionally you may spot some art from not so long ago. 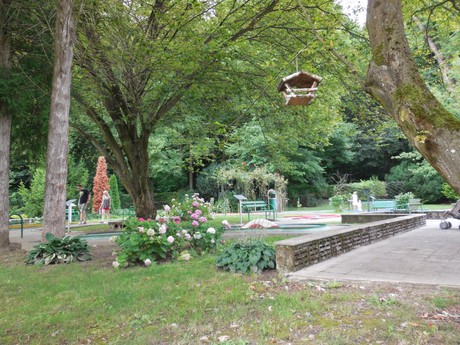 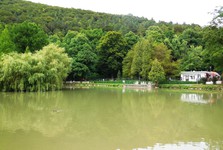 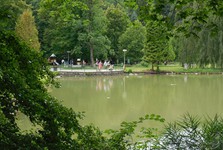 Every day of our stay in the town we went to the park. There was somethign new we discovered all the time – not simply nature but also spa villas. Vila Tereza an Art Noveau villa is certainly the most grandiose of them all. Maximilan Göpfert, the then owner of glassworks in Lednicka Rovna, built this house in 1898. More than villa, however, it seems like a little chateau. Situated on hilly terrain, this villa has many small towers and windows. There is another interesting structure near the villa. A hydroelectric powerplant built in 1896. It worked on seasonal basis and supplied with electricity streets and houses in the center of the town. Unlike Vila Tereza, the powerplant is in very bad state. 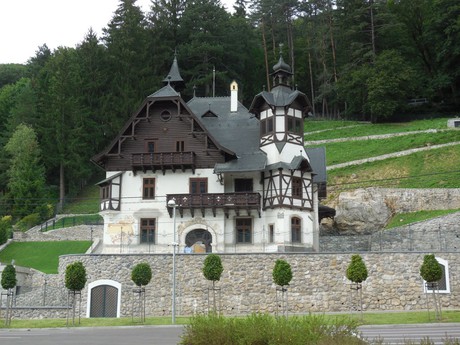 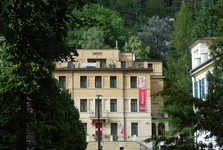 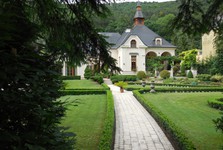 Next to the hydroelectic powerplant there is a plain yet still operating Evangelical churh. Its construction was initiated in 1930. Today it is listed as a sight of cultural importance. Slavy Bridge is a precious attraction in Trencianske Teplice we mentioned in the previous article. The location of the new one is opposite to Kursalon and the old one opposite to the hotel of the same name. These sights remind us of cinema world's greatest who have visited this town in the occasion of the most prestigious film festival in Slovakia – ArtFilm fest. The first festival took place in 1995. Eventually many famous actors and others related to movies have visited the town among them Gina Lollobrigida, Vlastimil Brodsky, Sophia Loren, Jean-Paul Belmondo, Stefan Kvietik, Ladislava Chudik, Jacqueline Bisset, Gerard Depardieu, Jeremy Irons and many more. Too bad that the festival has been moved to Kosice from now on (2016). 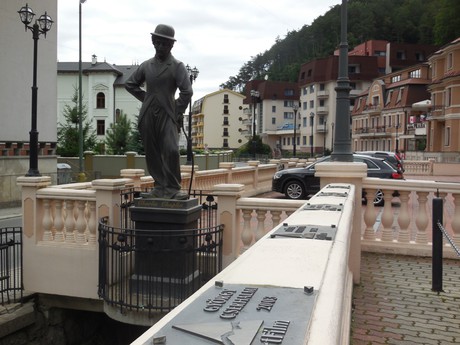 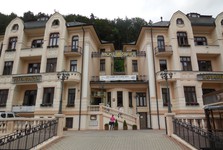 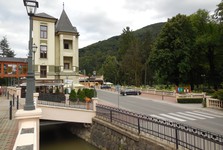 We recommend you to visit even Vinarna II Rimske Legie which is a wine bar in Trencianske Teplice. It was the very first traveller's inn. It was built in the first half of the 18th century. It is near the town center below Dedovec mountain. Over hundred years it has prepared refreshments for the public. There are up to 350 years old original bricks inside its 12 meters deep cellar. There are only so much of places like this which are of great gastronomical value as well as historical. 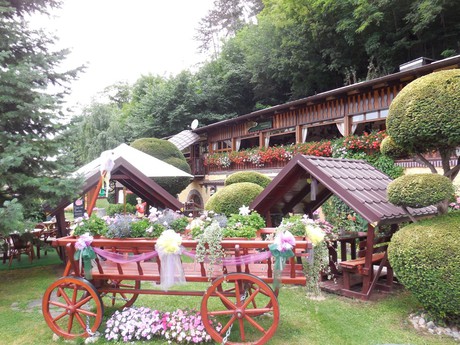 What we need to mention is Zelena Zaba which is an outdoor swimming pool hidden in forest above the town. It was recently renovated. It represents functionalist style of architecture by Bohuslav Fuchs who designed it in the 1930s. Except for pool there are saunas in forest, a children's playground, buffes, tennis courts, and many other attractions. 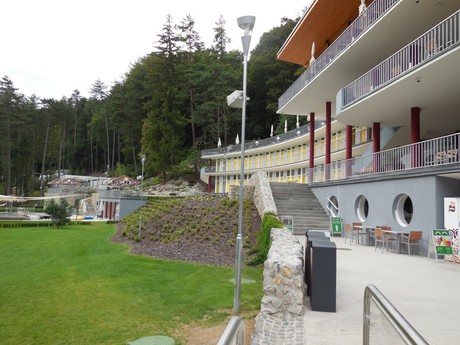 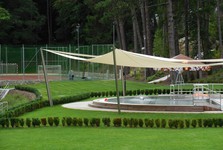 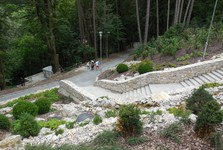 Four articles about our visit to Trencianske Teplice is hardly enough to introduce you to every interesting thing in this town. Anyway, it is absolutely wonderful place to go shoul you plan a vacation or trip to spend somewhere in Slovakia. You won't regret it! 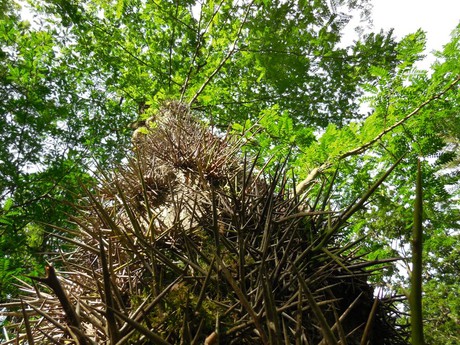