Published: 7.1.2011
The community of Bukovany has approx. 2000 inhabitants. It is situated not far from the town of Sokolov, Karlovy Vary Region, in an altitude of 440 metres above sea level. The village is surrounded, from its southern part, with mixed and pine forests, and it borders from western part, with former quarry of Libik-Medard.

The first confirmed notice regarding existence of Bukovany comes of 1304. Anyway, the locality exists, as an independent community, since 1879, when the village was joined together with the other ones, such as Kytlice, Dvory and Katzegiebl.

In 1850, the layers of coal of the best quality were discovered in Katzegiebl, and shortly afterthat, also excavated. Later, even the miners from Bohemia settled there. During the 1st World War, in 1917, when the workers´ class became rather radical, humger demonstration of 498 miners was organized there.

Symbol of the Community

Bukovany village could be proud on its flag. It is manufactured from dark green velvet, presenting a beach-tree, embroidered with golden thread. The flag is bordered, along its circumference, with golden fringiness, and added with sash, made from red velvet and text, as follows: „Granted by Parliament of the Czech Republic“.

The escutcheon has again, on green base, a beach-tree in yellow colour shade, and a blade. 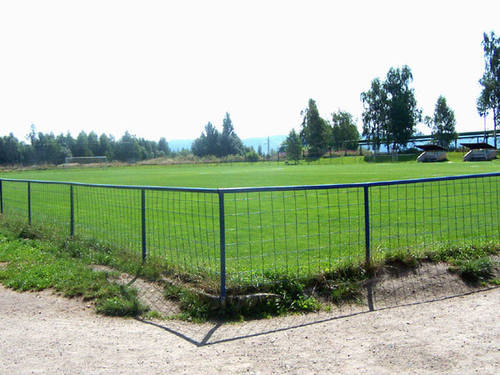 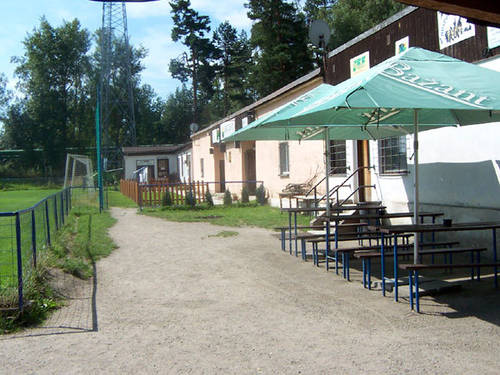 The community is interested very much in the smallest citizens (kids), so called „Family Day“ is organized there in a form of „The Wanderings Throughout Autumn“. It is an interesting walk through forest. The visitors can expect „Muddled Forest“, the recognition of forest fruits and the other competitions. As a termination of such activity, it is very popular pleasant sitting at the fire and appreciation of all participants. 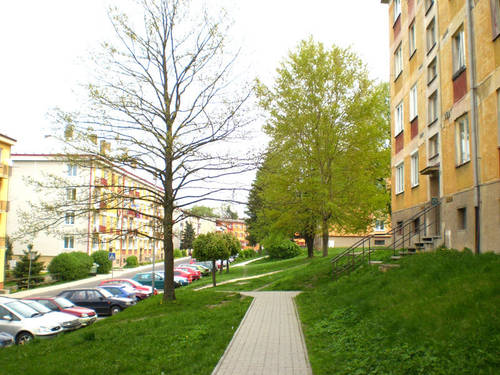 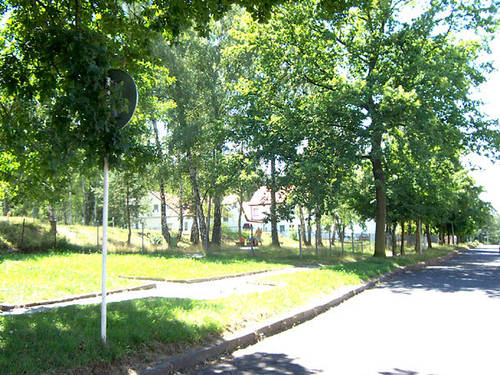 Voluntary firemen are available there, protecting the property and lives of people as well as the animals. The council of such voluntary firemen cooperate with municipality as well as with a Mayor of the village. They have a share in social and cultural activities, orgamized by the community, such as:the construction and cutting down of so called „May Tree“, Children Day, „Witch Burning“, etc.

Tourist area - Medard Lake - is situated not far from the locality, at present under reconstruction. In future, there will be possible to enjoy romantic boating excursions or yacht drives, to visit botanic garden or entertainment park, or to have a look at the surroundings from look out tower and have a dinner in swimming restaurant.

Various sporting playgrounds, moto-cross and bike-cross routes, diving centre, a canal route for watermen as well as golf playgrounds will be open for public. All this will be connected with cycling routes and a nest of foot routes.

In the future, you can find there also several accommodation possibilities, in a form of hotels, auto-camping or bungalows. The whole area will be accessible by means of planned entry.

Published: 9.6.2008
King´s castle of Loket, one of eleven powerful structures. (which was destined to be in possession of Bohemians Kings for ever), is constructed along Ohře-river. It forms, together with surrounding nature, very picturesque environment. You enjoy it very much, visiting this area. The castle is situated on very old trade route, connecting Bohemia with Germany and with all West Europe.

Published: 9.7.2010
George of Poděbrady Square as well as adjoined pedestrian zone belong to most visited areas of this West Bohemian town. Since 13th century, the construction of groups of houses started to be done, on place of former grocery and horse markets. This development continued until 18th century.

Written history of this town is documented since 1061. Just in Middle Ages, this city belonged to...