Published: 18.2.2021
This year's winter is really rich in snow. And where to go on a trip when the lifts are closed, but you want to enjoy the snow? There are few possibilities in the Czech Republic and the Czech mountains are not only the Giant Mountains, the Jizera Mountains or the Jeseníky Mountains. We chose the somewhat not so touristy Ore Mountains with the highest mountain Klínovec.

The starting point is Loučná pod Klínovcem. You can comfortably park in a large parking lot for 500 cars and the Klínovec Ski Area is only a few steps away. Even though the ski lifts are closed, it is not empty as we would expect. The cable cars do not run, but this does not discourage some lovers of winter sports. There are individuals who will tread the slope on their own, or have it taken away by scooter or car unecologically. We choose the variant in our own way, but an even better choice is to go cross-country skiing here. There is a sufficient number of cross-country ski trails in the area, about 35 km. It must be said that you can cross the entire Ore Mountains along the 242 km long Ore Mountains Highway. 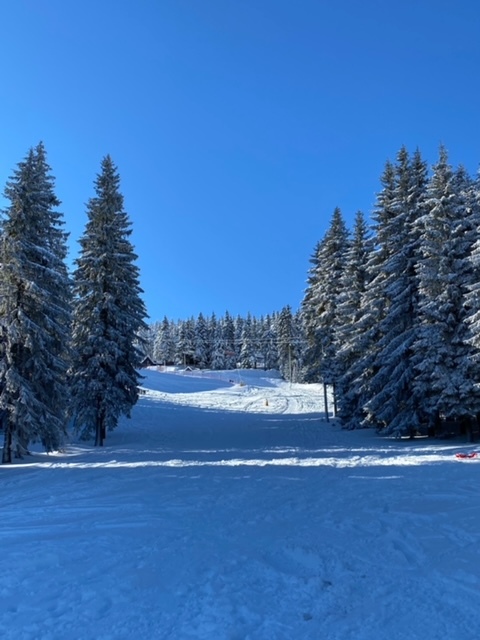 Families with children use the snow-covered hills for bobsledding or sledding. But you can also go on Ježíškova cesta with your children. In the Klínovce complex there is also a ski and snowboard rental, a ski school, a mini area for children and a snow park for snowboarders. 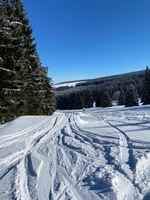 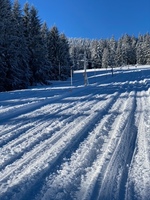 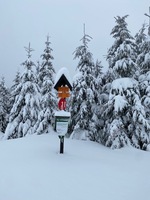 The weather is good and we ascend to Klínovec with a height of 1244 m above sea level. Directly at its top is a television tower with a lookout tower. Previously, there was only a wooden building, but on August 3, 1884, a new stone lookout tower was consecrated. Later, a hotel complex of buildings was added to it. Currently, the hotel hall with a unique coffered ceiling is worth a visit. You will find the emblems of all municipalities and towns below Klínovec. You can also get here by car or cable car. A chairlift from Jáchymov leads to the highest peak of the Ore Mountains, which in normal situations runs daily except Mondays. The length of the cable car is 1685 meters, travel time about 15 minutes. Fresh powder under our feet crunches beautifully and we head back to the valley. From here it is not far directly to the village Loučná pod Klínovcem, where we can enjoy views of the neighboring German town of Oberwiesenthal or snow-covered houses along the route. 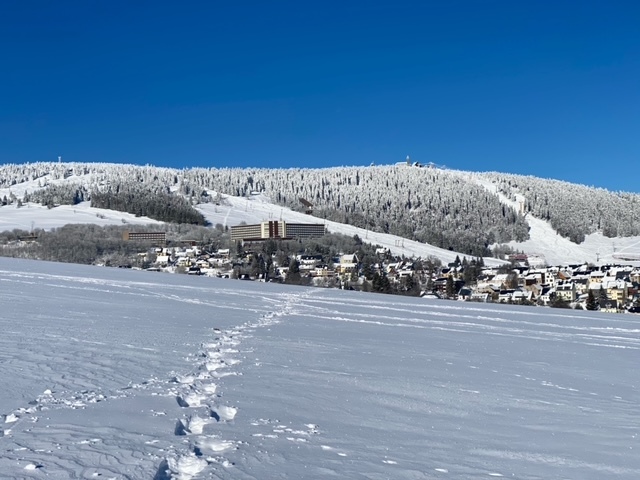 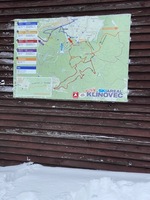 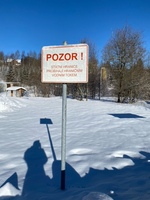 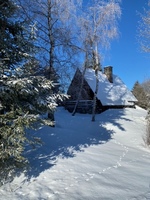 We liked the Ore Mountains under the snow. We soaked up the real winter atmosphere even without skiing. We will definitely like to look here in the summer so that we can discover what is left hidden under the snow, for example by bike. There are countless nature and hiking trails. 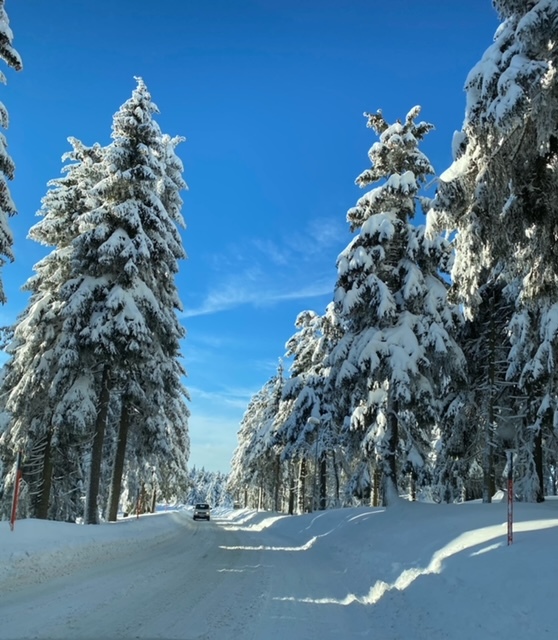