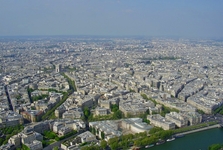 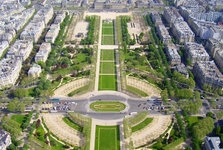 When we got enough of beautiful views of Paris from its highest point open to tourists. We decided to go down by elevator to lower floor, and enjoy the atmosphere of the place for a while. Well, you are not every day at a place where various history was written. For example, we have learned in our guidebook that German physicist and priest Theodor Wulf made work that would later lead to discovery of cosmic ray. He measured higher radiation up than was down. Five years later, the transmitter on tower detected signal from another continent (America). It was the first transatlantic radio connection. It was far from everything. In 1925, the Eiffel Tower changed to world’s largest billboard because the largest French car company placed there large advertisement. The tower survived the second world war depite Hitler’s order to destroy the city. Recently people bungee jumped from the tower, or they flew under its arches in a small airplane. The tower welcomed the new millennium with thousands of lights that were so popular that since 2003 they are turned on every night for ten minutes each hour. The show end at 2 a.m. In 2002, the 200 millionth visitor entered the tower, only confirming its great popularity. Of course, we could go on and on.

Walk in the park 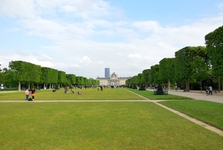 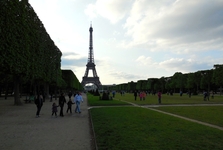 We moved on down below the tower where we symbolically thanked Mr Eiffel for the work he left there. Full of great impressions we moved on the road going along the edge of the park. Beautiful greenery, many people in love, tourists with cameras, or students reading. This would aptly describe the surroundings of the Eiffel Tower. Eventually we inspired us to go in the middle of the park. After making couple of shots we noticed an interesting building opposite the Eiffel Tower. We stepped closer,. We found out that it was The Wall of Peace (Mur pour la Paix). 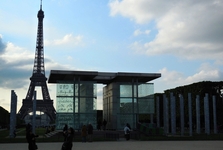 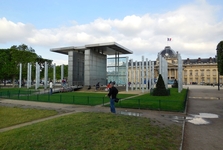 Unusual object is a memorial to peace built in 2000. Its authors are Clara Halter and architect Jean-Michel Wilmott. The whole construction is made of steel, and is filled with wooden and glass elements. The glass board has word peace in 49 languages. Unfortunately not in Slovak or Czech. This work of art got its inspiration in the Western Wall Jerusalem. Even here are places for people to left their wishes written on paper, or unusually sent by e-mail. All such messages then shown on displays inside the memorial. Except these interactive messages you can find here also remarks on peace by famous persons such as Jean Reno, Lionel Jospin, or Shimon Peres, and many others. 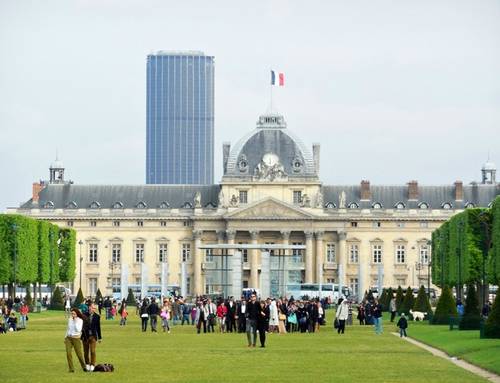 This day’s journey has come to an end. Next week we visit military academy and Trocadero square with beautiful fountains, rich history, and unusual view.