en.infoglobe.cz » France, Paris XXIV : Montaigne and the Flame of Liberty 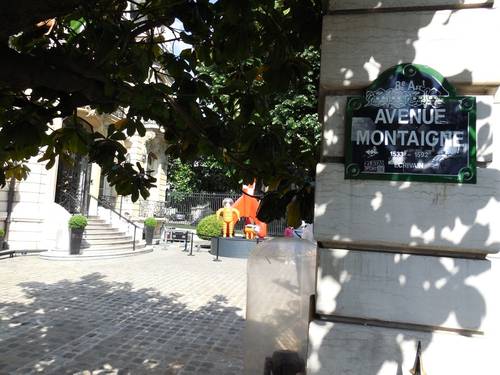 We did not hesitate and entered the zone of luxury and Mecca of fashion. Of course, we did not even dare to think about shopping in this part of Paris. The brands there suggested that an ordinary tourist does not spend his money there. Still it was interesting to see nicely designed stores such as Chanel, Gucci, Armani, Prada, Versace, Valentino, Dolce & Gabbana, Nina Ricci or Bvlgari. We were impressed the most with Christian Dior’s store. Dior was one of the most influential fashion designers in France and also globally. We stood before shop windows displaying new fashion for the coming season. You cannt even imagine how difficult it was to take our girlfriends away from the windows. When we finally succeeded, we stumbled upon Louise Vuitton store. It was partially under reconstruction. This was hardly anything surprising about this yet it was interesting how the renovated part was covered. It was a huge white, iron "curtain". The text in the middle said the name of the company, and the curtain encircled the building from the bottom up. We have never seen anything like this. It was unbelievable. Even covering buildings udner renovation has its particular style in Paris. 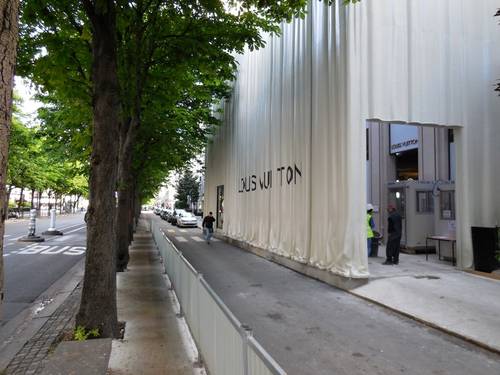 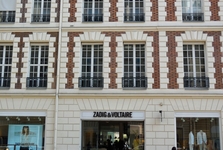 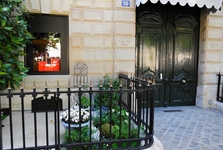 A luxury street made of a field road

Enchanted with fashion brands and products, we moved towards the end of the street with a small park with benches. We took a small refreshment break and took a look in our guide book. We learned Montaigne Street used to be a mere field road connecting vegetable gardens. It was called "the Green Road ". A change came in 1770, when Abel-François Poisson de Vandières, a director of royal roads construction, ordered to plant an elm alley. The ordinary road changed to a promenade. Later, it was called “Widow Alley” for it was popular among women who were alone. ThIn 1850, the last change of its name was made. It was newly called on the bahlf of an important French writer, Michel de Montaigne, considered to be founder of an essay. Five years later, an art palace was built there and soon another elegant houses followed that changed the street forever. When Dior came there after the second world war, the street flourished ending up as world’s most luxurious street. Apart from fancy boutiques, there is also Champs-Elysées theatre, or many stylish restaurants. 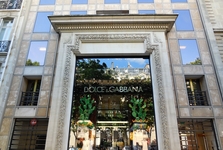 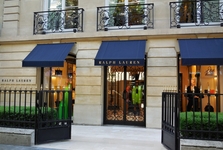 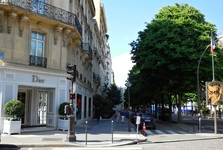 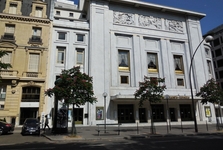 The memorial to liberty and sorrow

After learning so much information, we went across crossroads to a “square” Place de l'Alma to see another impressive sight in Paris - the Flame of Liberty (Flamme de la Liberté), which is an exact copy of the torch held by American Statue of Liberty. The memorial is situated on New York street (Avenue de New York), above the entrance to the tunnel by de l'Alma bridge. It represent openness to ideas and celebrates the Flame of Liberty. který znázorňuje otevřenost názorům a oslavu plamene svobody. Tento zajímavý symbol věnoval Paříži v roce 1989 newyorský deník Herald Tribune. 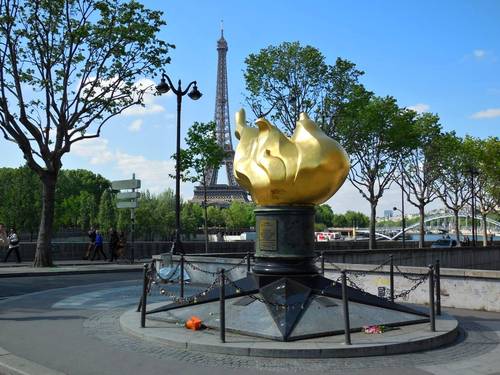 Around the memorial, there was a concrete tower with inscriptions for Princess Diana. The bridge leading to the tunnel was the place where the tragedy happened on August 31, 1997. The fatal car crash caused severe injuries that were fatal to English princess. The memorial is an unofficial memorial of this tragic event not only to locals but also international visitors. 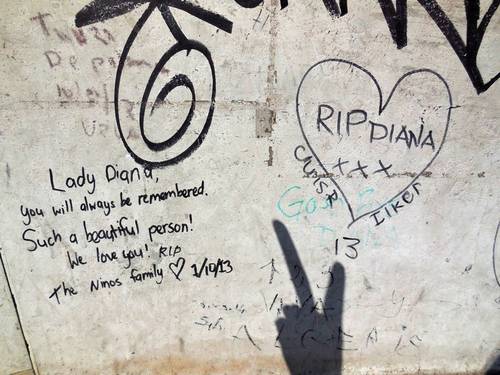 After a while of silence on behalf of the princess, we went along the Seine towards Les Invalides. The Eiffel’s Tower was all the time behind our backs. What we experienced and saw is for the next week’s story. 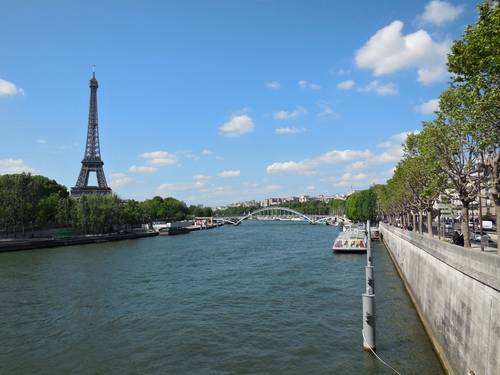