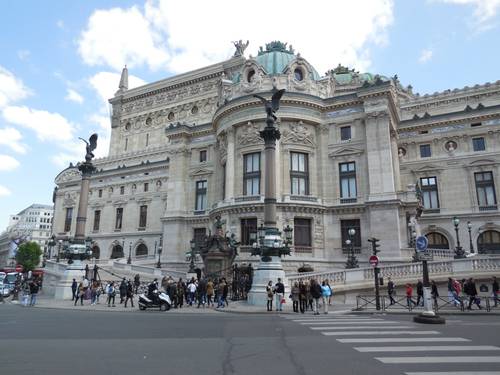 Opera is not large only from the outside but also from inside. The interior consists of marble staircase, the so-called Grand Foyer, or red-gold decorated auditorium. The grandiosity makes the main hall. The hall is made of more than 30 kinds of marble and crystal chandeliers. There are also many statues, paintings, gilded busts of famous music composers. As we did not manage to go inside, we learned the information in our guide book. There were many photograps so we could really learn about the grandiosity of the opera.. 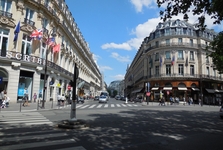 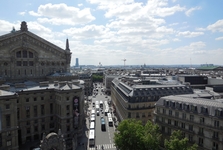 Garnier Opera also Palais Garnier is one of the two buildings where National Opera of Paris operates. It is the most important opera in France. Modern Opera Bastille is the second building. Lets get back to the 1875 building called by Charles Garnier. The construction of this gem lasted 15 years. The building was constructed on the order of Napoleon III. Its current place was chosen by Baron Haussman. It took place during revolutionary reconstruction of Paris. Despite many construction and political problems the building was handed to the public. Thus, it has been serving the purpose it was designed to fulfill. Today, mostly ballets of many world-class artists perform there. Garnier Opera is among the most prestigious theatres such as as La Scala in Milan or State Opera in Wien. 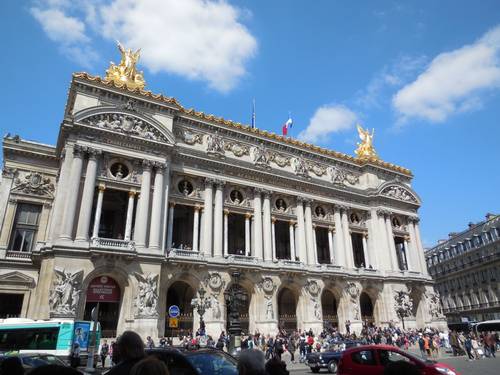 Intersting fact about this building says that famous Phantom of the Opera by Gaston Lerouxe was created thanks to it. It was based on “true” events. First performances were interrupted by strange noises from underground spaces of the theatre. In 1896, an accident that has not been clarified until this day happened there. The counterweight of one chandelier fell and killed the then administrator of the theatre. This events led to the appearance of the phantom of the opera myth .

Store that will take your breath away ... 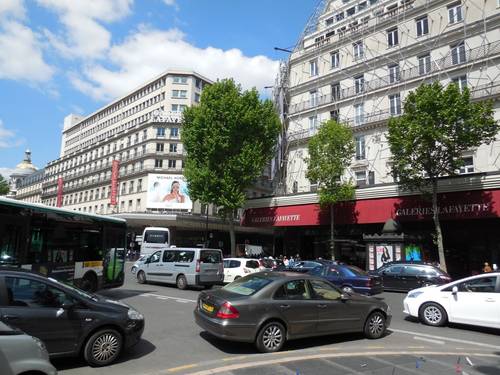 When we were done admiring the beautiful building veiled in mystery, we moved behind the opera. There was large store unlike any we have seen. Galeries Lafayette was its name. The name comes from the place of a small fashion shop on the corner of Rue La Fayette street. It was opened by Théophile Bader and Alphonse Kahn in 1893. Soon, its success transformed it to a large house that was opened on Haussmann boulevard in 1912. Then they certainly did not have an idea that its seals would break sale record. It happened only recently in 2009. The store made 1 billion euro in profits! 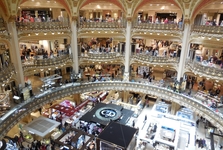 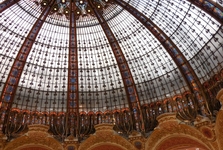 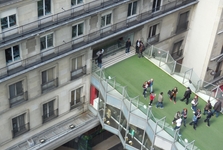 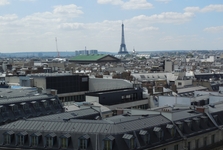 We did not hesitate for a minute and right stepped into the world of brands and fashion. First, we walked through shops we know at home. However, when we crossed glass skybridge, we entered a historical building that was gorgeous. We felt like in opera only loges were occupied by fashion vendors. On the bottom, there were boutiques. A large stained glass window caught our attention when we had looked up. We started exploring the building. 12 floors later that overcame by escalators, we appeared on the roof of Paris . Not literally, of course. Large terrace for visitors was a place of rest and unusual views of the city. For free! We ate there and enjoyed views of this eternal city. We had the opportunity to see Garnier Opera from the top. Simply beautiful. 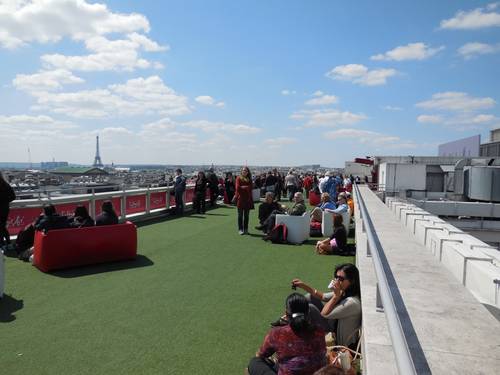 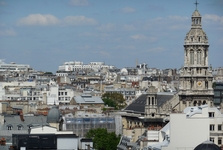 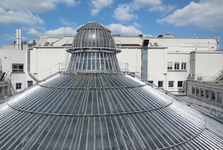 After an hour-long break we walked on through many stores. There was another store right when we get out of the another one. This time it was Printemps. According to the fact that we did not have much time, we had not visited him and we rather visited Vendôme square. We will tell you more about it next week. 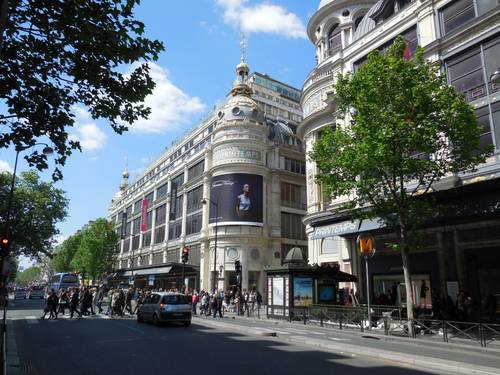