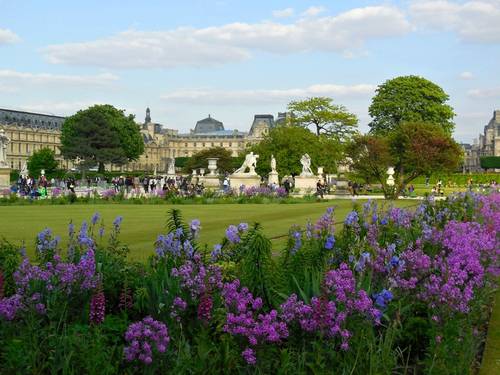 Jardin des Tuileries is on one side lined by the Place de la Concorde and Louvre. We entered the gardens through the gate located in its middle. It is hard to describe this place yet we give it a try. It is an oasis in the center of a big city. Hundreds upon hundreds of people find peace there sitting on benches, near beautiful fountains, and dozens marble statues. Unique atmosphere is enriched with flora. Iris blossomed at the time of our stay there together with other flowers, monumental trees, cut bushs and grass crisscrossed with gravel pathways. Simply put, Jardin des Tuileries are ideal place to relax and for family walks. There are fountains, a pool to cool oneself down during hot summer days; or water surfaces suitable for sailing on miniature sailboats for children. 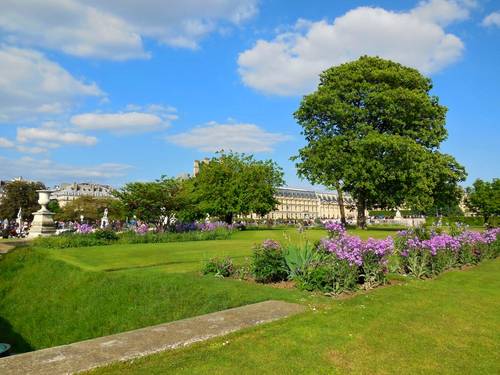 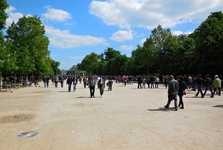 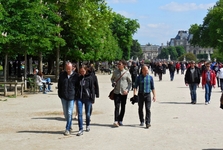 Park is also a unique exhibition grounds for modern art and sculptures. During the year you can admire various exhibitions there. Former Orangerie is located in its western part. There are museums displaying works of impressionists and post-impressionists. We saw only the outside. Then we moved to the part where were chairs. Soon we found a place where to sit, meditate, and watch people passing by. Also, we saw some people sunbathing, or some who devoted all of their attention to popular French game of Pétanque. We did not forget to peak into our guidebook. 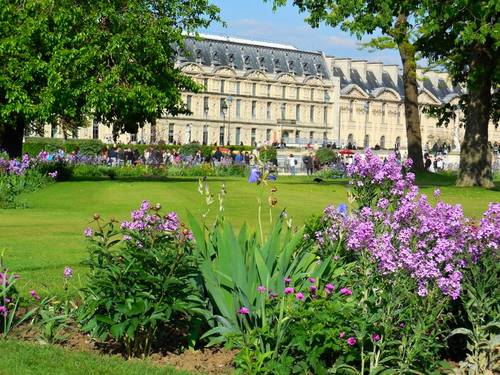 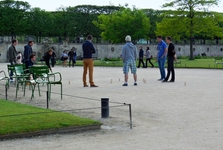 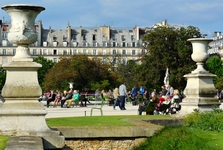 We learned that the gardens are located on the place of former Tuileries Palace and its park. Founded in 1564 it has been gradually rebuilt to its current form. Today the non-existent palace lined the west end of Louvre’s courtyard. In 1871, during the raid against the Paris Commune and subsequent great fire it was demolished. Hence there was a vast open space to Louvre’s west. The palace served to French queens, and empresses – wives of French rulers. Mostly, however, it served to Catherine de' Medici. Her Italian origin is apparent in Renaissance garden’s decorations. It stayed there until Louis XIV’s order to rebuilt it. The gardens saw an interesting development throughout its history. They were demolished during the French Revolution . The gardens became a part of the Olympic compounds in 1900. A fencer competition took part there. During the second world war, part of the gardens served as a garden with vegetables. During the presidency of François Mitterrand, the gardens and Louvre were renovated. The renovation sought to make the gardens look as they were in the 17th century. 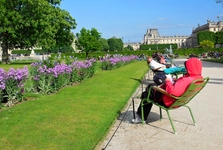 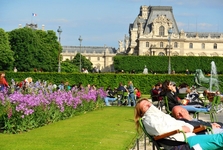 An interesting fact we learned just when we were leaving, there has been an intensive effort to renovate the Tuileries Palace since 2003. The estimated cost is over 300 million euro . It would renew original purpose of the royal gardens. Whether it will work out or not, you should not miss Jardin des Tuileries when you happen to be in Paris. 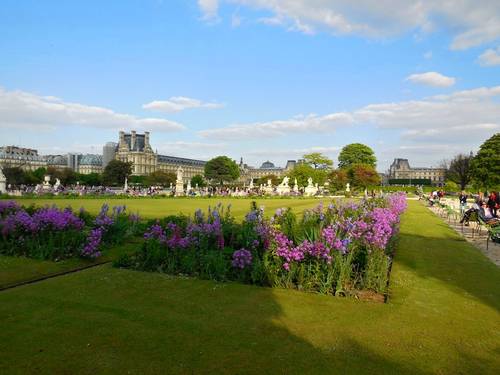 Refreshed we moved to the last of city’s landmarks commonly referred to as “love bridge of locks”. We will tell you about it next week.