After we enjoyed the view over the so called Axe historique (a historic axis going through large city monuments going from east to west). The axis literally crosses Paris not only with constructions. It is a historical sight. We decided to move up Montmartre, another tourist destination. 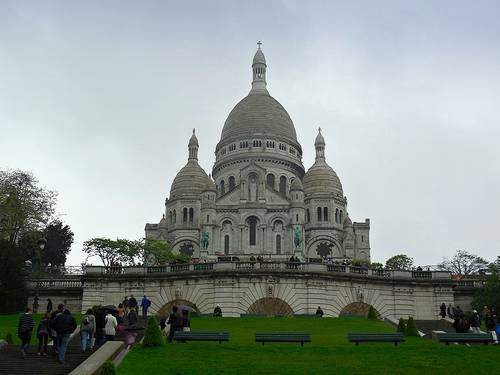 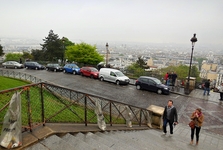 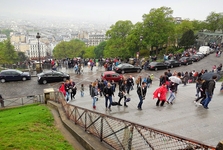 At this point there is a borough of the same name, which has rich, but also to controversial history. Getting here was not a problem for us, because we took subway line number 2 and 12. As we made our way steadily, we took the moment to study our guidebook. We learned that Montmartre was once an independent municipality in Paris and then in 1860 it joined the city. The town, today a Parisian borough, has literally a view over Paris from the height of over 130 meters which is the height of the hill. If you want to get to him, now you have at least two ways. Either walk the 222 stairs or take a lift. We have completed a course out on foot, but the view of the city was submerged in fog, and so the grand vision was nothing. Still surrounded by hundreds of tourists, we went to explore the Basilica Sacré-Cœur , which we since our arrival in this district charmingly welcomed. 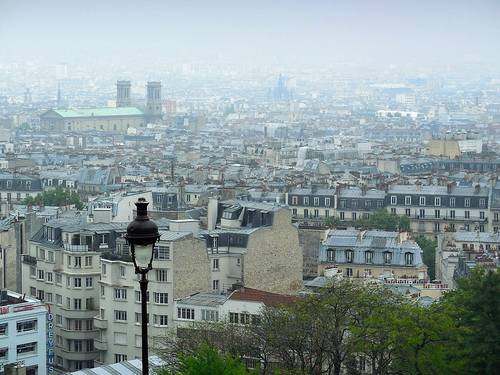 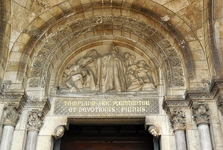 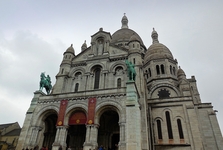 Beautiful white Sacré-Cœur basilica, the temple of the Holy Heart of Jesus, enchanted us first with its exterior. Basilica has four smaller and one main dome. The latter is 83 meters high. It finishes lantern and Corinthian colonnade. The whole building stands on the foundations in the shape of a Greek cross. The basilica is made of limestone that mineralizes (due to pollution – acid rains) and makes the building whiter. The whole landmark is in the Romanesque and Oriental style. Behind the domes there is a 84-meter square bell tower. Inside is France’s largest bell, the so called Savoyarde. It has remarkable 18 tons. Front of the buildings consists of three arcades and in front of them are two equestrian statues. They are dedicated to two major figures of French history - Joan of Arc, who led the French to victory in the hundred-year war, and King Louis IX who is considered one of the kindest and fairest rulers inFrench history. Captured by exterior of hits fantastic building we decide to enter. It was for free. The interior is truly unique. Whether it is for its sculpturers, large organ, or breathtaking ceiling where was the largest mosaic in France (almost 500 m2). We were lucky for in the time of our visit Holy Mass took place. We could enjoy the impressive place fully. With many impressions we hit the streets around. There artists from all around the world are to be seen. 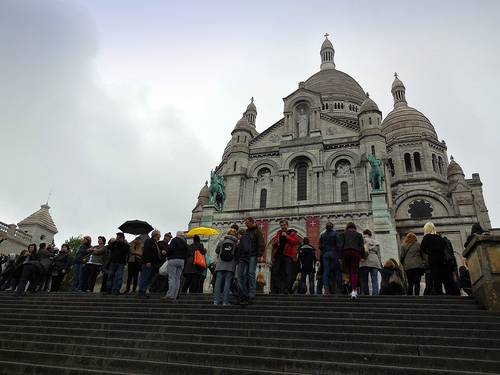 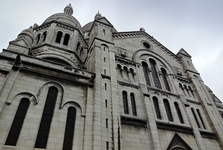 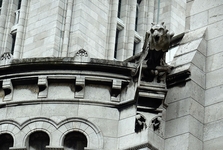 On purpose we omitted bit controversial legends about Sacré-Cœur’s construction as well as places around basilica where many profound artists. Don’t worry, though. Next week we will tell you their stories, and we will tell you the legend of decapitated bishop Denisovi,. Also, we will add interesting facts on brothels that dominate famous Moulin Rouge.